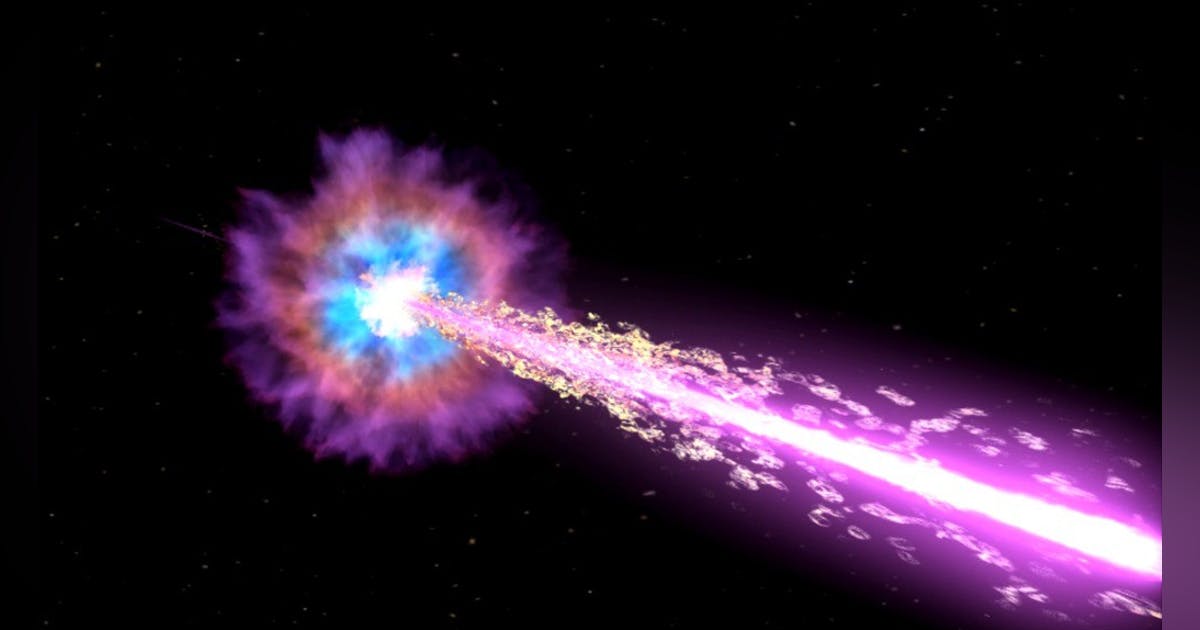 If you’re like most people, you probably think of things like cancer and horrible mutations when you hear the term gamma rays.

You may even think of superheroes such as the Hulk that got their powers from exposure to gamma rays.

Gamma rays have got a bad reputation mostly from how they are presented in media.

However, they are actually quite useful to us in various ways.

They have the shortest wavelength in the electromagnetic spectrum. Their wavelengths are shorter than 10-10 meters.

However, they have the highest energy on the electromagnetic spectrum. Gamma-ray photons exhibit energies greater than tens of thousands electron volts (eV).

Gamma rays can’t be captured nor reflected like x-rays or optical rays.

Because of their short wavelengths, they can pass through space between atoms of objects. Therefore, sensors of gamma-ray detectors often have tightly packed atoms.

Gamma rays occur in nature in various circumstances. They are generated by powerful explosions in nature such as lightning as well as supernova explosions.

Gamma rays have the ability to damage cell DNA. While this can be harmful in uncontrolled environments, it can be beneficial when controlled.

Gamma rays are used in radiation therapy to kill cancer cells. They are also used to shrink tumors.

Gamma knife radiosurgery is a highly precise and painless treatment used to treat lesions and tumors in the brain.

It is used to treat conditions such as brain tumors, acoustic neuroma, tremors, and arteriovenous malformations.

Gamma-ray beams are delivered to affected areas in the brain. The high precision in using gamma rays ensures that only targeted areas are affected and other parts are protected from damage.

Gamma sterilization is the process through which gamma rays are used to kill microorganisms such as bacteria in products, especially food. This process increases the shelf-life of foods and beverages.

The gamma rays are emitted by high-energy sources such as Cesium 137.

The gamma rays kill microorganisms by altering chemical bonds. The process also offers the added advantage of preventing vegetables from sprouting and fruits from ripening too quickly.

However, it does not cause any significant changes to the content of the food being sterilized.

Food that undergoes gamma sterilization is considered safe to consume. However, researchers continue to study the effects of this form of sterilization on human health.

Manufacturers use industrial radiography as a means to test whether materials they are producing or will use for production have flaws such as cracks.

This method of testing involves focusing gamma rays at materials to view their internal structure without causing damage to the materials.

It is similar to taking an x-ray. Parts that are broken, fractured or weak will appear dark in images formed from the process. This method of inspection ensures safety and precision.

PET is a procedure that is used to measure the metabolic activity of the cells in the body.

It uses radioactive substances to measure and visualize biochemical processes in the body such as metabolism.

It can also be used to measure physiological changes such as changes in blood flow or absorption of substances in the body.

Gamma rays are used in mineral exploration. Airborne and ground surveys detect gamma-ray emissions from the surface of the earth to detect the presence of minerals such as thorium and uranium that contain trace radioactive elements.

Gamma-ray spectrometers can be used to rapidly detect radioactive contamination in the environment.

Gamma rays are especially beneficial as they can penetrate matter.

Underground contamination can therefore be detected without the need for excavation.

These gamma-ray spectrometers can also be used to detect radioactive contamination of food.

Gamma rays are used to keep travelers safe. They are used to scan luggage and cargo prior to loading these items onto transportation vessels such as airplanes or cargo ships.

Security scanners that emit gamma rays are also used to scan people and identify any foreign objects that they may be hiding such as explosives or weapons.

Gamma rays are used as they are able to pass through many materials easily.

Sources of gamma rays in space were first detected in the 1960s. Since then, the science of observing these emissions has grown and resulted in what is known as gamma-ray astronomy.

This is the study of objects and phenomena in space that emit gamma rays.

Gamma-rays have been noted to be emitted by neutron stars, stellar coronas, white dwarf stars, black holes, supernova remnants as well as clusters of galaxies.

Gamma rays are applied in topsoil mapping. This is the processes through which the nutrient content of soils are assessed and mapped.

These high-resolution maps are used in agriculture to guide decisions on crop rotation, types of seeds to use, application of fertilizer, and much more.

A gamma spectrometer is used to measure the level of gamma radiation from soils.

The measurements provide information about the composition of soil with regards to the presence of bedrock minerals containing radionuclides. It also provides information on human impact in the area.

Gamma rays are the most powerful type of electromagnetic wave. They also have the shortest wavelength. These rays are associated with powerful explosions such as lightning strikes and nuclear explosions.

Many people are also familiar with the negative impact of overexposure to gamma rays including the development of cancers. However, gamma rays now have many important applications in modern life.

As illustrated above, gamma rays have become a necessary part of modern life with applications in the food industry, security, manufacturing, and much more.

Developments in technology promise to reveal even more applications of these electromagnetic waves.