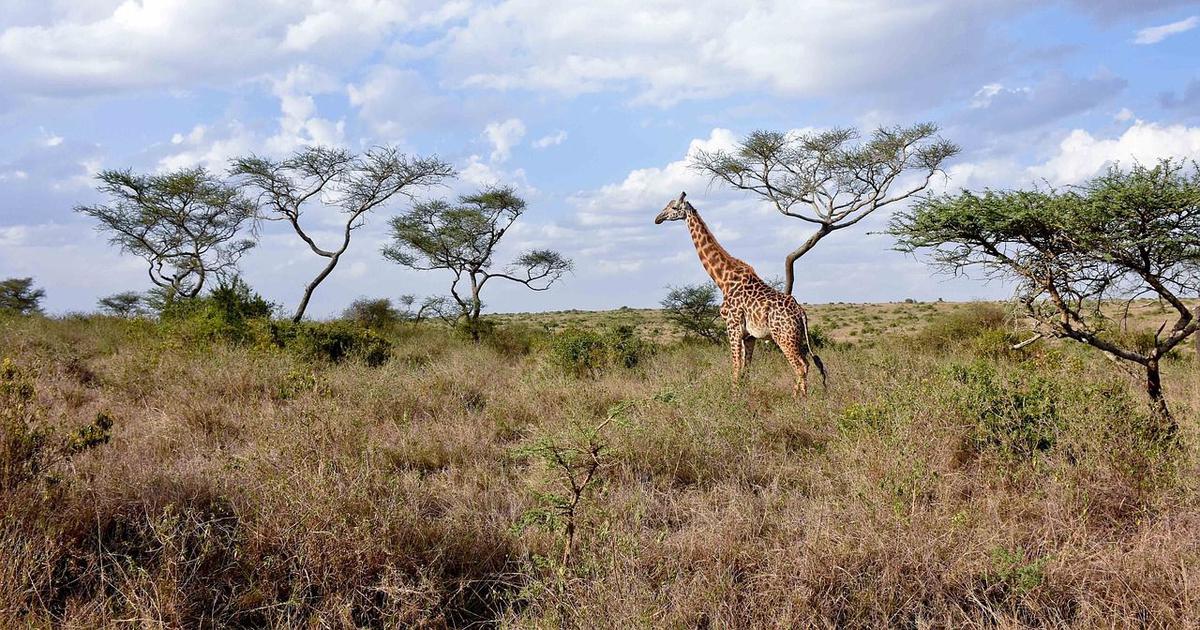 You may also note that your area has weather that is unique to it. This is a biome or ecosystem.

It is a large area that is characterized by its unique climate, vegetation, wildlife, and soil.

There are five major types of biomes. These are grassland, aquatic, forest, tundra, and desert.

A savanna is a type of biome. The term savanna is coined from the term Zabana.

Zabana is a word from the Taino language that describes plains that are grassy and treeless.

Taino was a language that was spoken by an extinct Native American tribe that lived in the Bahamas and the Greater Antilles.

The word was adopted by Spanish explorers of the Caribbean in the 1500s.

Interesting Savannas Facts You Should Know

1. Savannas can be found all over the world

While savannas are mostly associated with Africa, these biomes can be found on different continents around the world. In fact, Savannas are known to cover about 20 percent of the earth’s land.

2. Africa has the largest expanses of savanna

Many people associate savannas with Africa because the largest expanses of savanna can be found on the continent.

More than 5 million square miles of Africa’s land consists of tropical savanna. This is almost half of the total area of the content.

3. Savannas form a broad band around the middle part of the earth

Savannas form a broad band that covers much of the land within the tropics.

They include large parts of Africa, Asia, Australia, and South America. It also includes some parts of North America.

4. Savannas have an open canopy

Savannas are characterized by large expanses of grassy land with scattered trees and shrubs.

The scattered trees form what is known as an open canopy. This allows light and heat from the sun to reach the ground and supports the growth of an unbroken herbaceous layer.

5. Savannas are home to the largest herbivorous animal diversity

The climatic conditions of savannas are considered inhospitable mainly because of the long hot and dry seasons which can last from anywhere between 3 and 11 months.

However, despite this, these biomes support the largest number of species of herbivorous animals. This is something that continues to puzzle animal conservationists.

6. There are three categories of savannas

Savannas can be categorized as dry, wet, or thorn bush savannas. This categorization is based on the length of the dry season experienced in the savanna.

Wet savannas experience the shortest dry seasons. These can be anywhere between 3 and 5 months long.

Savannas experience extended periods of dry and wet climate. Thus, the availability of food varies throughout the year. Many animals migrate with these changes.

Archeologists believe that the first Homo sapiens occupied savannas. It is believed that modern man-made their homes in savannas when they first appeared.

9. The Pre-Columbian Savannas were created by fire

The Pre-Columbian savannas were created by fire caused by lightning as well as that lit by Native Americans that lived in the area.

10. Savannas are home to a diverse human communities

Savannas are also home to a wide variety of communities including the Maasai, Nubians, Akan, and much more.

11. Animals in savannas vary depending on the location of the ecosystem

Different types of animals can be found in savannas depending on the location of the savanna.

For example, the Australian savanna is home to Kangaroos. The African savannah is home to wildebeest, zebras, and gazelles.

12. African savannas have the largest animals in the world

Many of the largest animals in the world live in African savannas. These include elephants and giraffes.

13. Baobab trees in savannas live for thousands of years

Baobab trees which are common in savannas are able to withstand the harsh climatic conditions of savannas. They are known to live for hundreds of years.

The Sunland baobab in South Africa is the oldest baobab tree. It is estimated to be 1060 years old.

14. Wildlife in savannas have longer legs

Long legs are a common feature in wildlife in Savannas. This is an adaptation to help with migration over long distances in search of food and water during long dry spells.

Unlike forests, savannas are able to regenerate after a fire. Normal growth is restored via roots and buds underground.

Animals and plants in savannas are dependent on each other as part of the food chain. If one species were to be removed from these biomes, it would affect the balance in the ecosystem.

17. Savannas are warm throughout the year

Savannas offer a pleasant climate all year long. They are warm with an average temperature of 65 degrees Fahrenheit even during the wet seasons.

18. The plants in Savannas have adopted to the long dry seasons

Plants in savannas are able to survive the long dry season because of various adaptations. Some plants store water in their roots.

Other plants have long roots that extend deep into the soil to obtain water from the water table underground.

19. The savanna is home to most of Africa’s bird species

Africa features more than 2300 bird species. Most of these bird species are found in the savanna regions.

20. The Sahara is engulfing the savanna

The savanna region is coming under threat from climate change. The Sahara desert is said to be expanding into this region at a rate of approximately 30 miles per year.

Savannas occupy a large proportion of the earth’s land surface. They are an important ecosystem for the stability and health of the earth. They are also places that are filled with wonder and profound beauty.