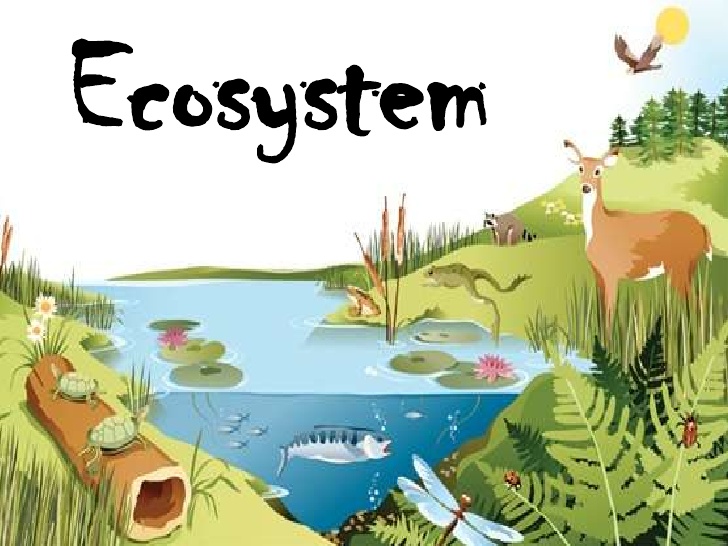 The components in our environment are basically classified based on two categories: the biotic and abiotic organisms.

These organisms, normally obtained from the biosphere, are also able to reproduce. They are the living things that directly or indirectly affect organisms found within an environment.

According to Klanderud and Vandvik (2015) biotic factors are the living things that affect organisms directly or indirectly, and they include organisms themselves, the relationship between the living organisms, and also their waste.

Biotic components are also divided into three categories which include the producers, consumers, and decomposers.

All plants are producers and they use the energy from the sun to create food for themselves.

Almost all animals are consumers and they feed on the producers, other consumers, and decomposers to acquire energy.

The decomposers, on the other hand, break down the dead material, in a process that is essential for making the soil nutritious.

Abiotic factors or organisms are the non-living chemicals or physical elements that are found in ecosystems.

They are normally obtained from the atmosphere, hydrosphere, or lithosphere. They are the nonliving physical and chemical factors found within the environment that affect the ecosystems.

They affect the ability of organisms to reproduce and survive. They also influence the numbers and types of organisms that can exist within an environment.

In other words, they are the factors that enhance or restrict growth within an environment (Klanderud & Vandvik, 2015).

There are distinct differences between the biotic and abiotic factors.

The abiotic factors influence the capacity of organisms to reproduce and survive, thereby determining the number and types of organisms that can survive in an environment.

Various objects in our environment are either biotic or abiotic.

To help you figure out whether an object in front of you or one you’ve interacted with before is biotic or abiotic, here are quick answers to some of the most common frequently asked questions by people interested in knowing some of the common Biotic And Abiotic examples:

1. Is paper biotic or abiotic?

2. Is coral biotic or abiotic?

Coral is abiotic because it belongs to the hydrosphere

3. Is oxygen biotic or abiotic?

Oxygen also belongs to the atmosphere and is therefore abiotic; it also supports the lives of biotic organisms including plants and animals, and it is particularly critical in influencing their survival and reproduction. For example, without oxygen, most living organisms will not be able to live.

4. Are bacteria biotic or abiotic?

Bacteria is biotic because it is a living component found within the ecosystem and is categorized as a heterotroph because it eats both plants and animals for its nutrients and energy.

5. Is temperature biotic or abiotic?

Temperature is an abiotic factor that is largely influenced by sunlight or heat and supports the existence of biotic components such as plants and animals.

For example, temperature helps animals that are unable to regulate their body temperature such as reptiles, which sun themselves on the rocks, thereby absorbing heat and then radiate it back to the atmosphere

6. Is mold biotic or abiotic?

Molds are filamentous hyphae that are naturally biotic since they significantly influence the living system. Mold is a biotic component considering that it has got the characteristics of living things.

For example, mold reproduces through its spores, and its survival is ensured through acquiring energy from other living organisms.

Molds also undergo cellular repairs and can either be multicellular or single cellular.

7. Is soil biotic or abiotic?

Soil is an abiotic component that is composed of small particles of rock, which are normally clay and sand that are mixed up together with the decomposed animals and plants.

Biotic organisms such as plants and animals depend on soil for survival and production since most food comes from plants.

8. Is water biotic or abiotic?

Water is an abiotic component that is in the hydrosphere and is very critical in the survival and reproduction of all living organisms.

For example, without access to water animals would become weak and die due to lack of rehydration.

9. Is dirt biotic or abiotic?

Dirt is another form of abiotic because it is a non-living organism and forms part of the other non-biotic referred to as soil.

10. Is mushroom biotic or abiotic?

Mushroom a biotic component considering that it is a living thing.

It depends on abiotic factors from the lithosphere and hydrosphere to create energy, reproduce and survive

11. Is sand biotic or abiotic?

12. Is grass biotic or abiotic?

Biotic. Grass is a plant and living organism, which relies on water and oxygen for survival and reproduction and also supports the life of other living organisms including animals such as cows, gazelles, and buffalos.

13. Is steak biotic or abiotic?

14. Is snail biotic or abiotic?

Snail is a biotic component considering that it is a living thing, classified in the category of animal and it is a consumer as well as a producer for other animals that feed on it

15. Is bread biotic or abiotic?

Bread is a biotic component considering that it is a product of wheat, which was once a living organism before it was processed into wheat flour that thereafter became bread

16. Is wood biotic or abiotic?

17. Is clock biotic or abiotic?

A clock is a non-living thing and is, therefore, an abiotic component and they have also been made from non-living organisms such as plastics and metal.