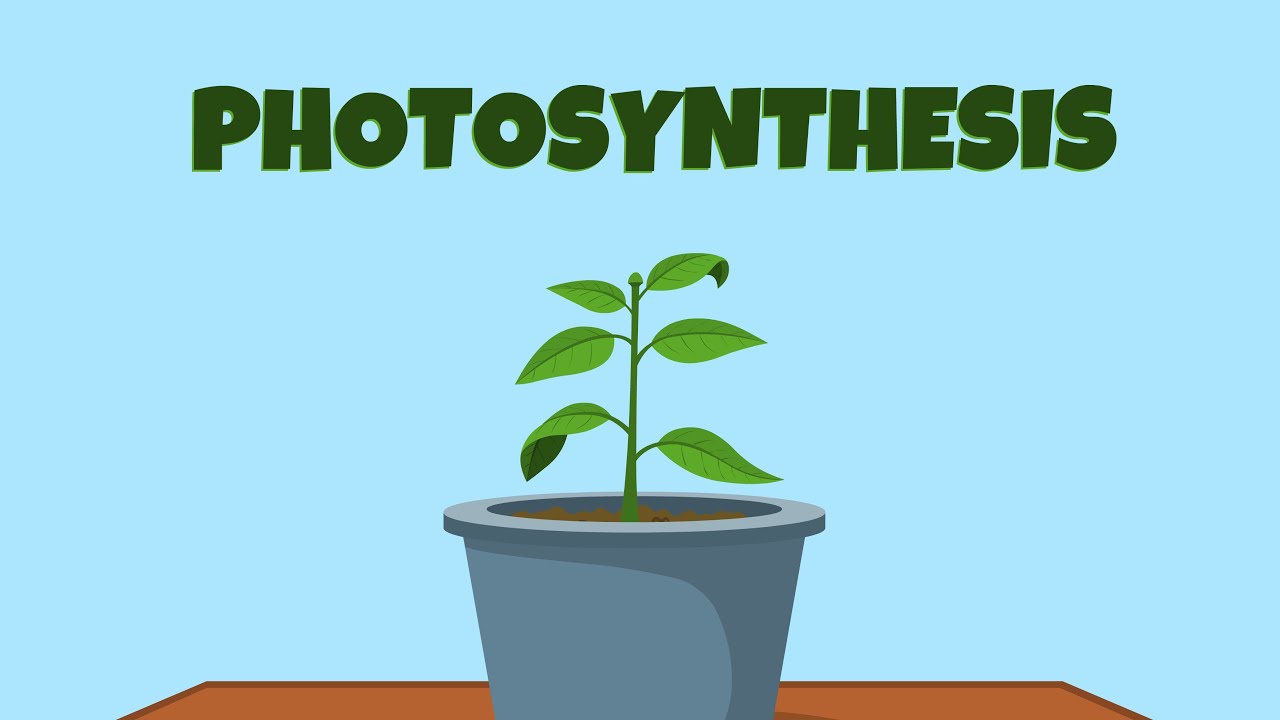 Photosynthesis is probably one of the most common terms in any biology class.

It is considered as the process through which green plants and other particular types of organisms use light energy to create chemical energy.

It can also be defined as the process through which plants use carbon dioxide, sunlight, and water to create oxygen and energy that is in the form of sugar.

Essentially, the process occurs when plants capture light energy and use it to convert carbon dioxide, minerals, and water into oxygen and energy that is rich in organic compounds.

Most living organisms on Earth rely on photosynthesis for survival and reproduction.

The process occurs in plants, algae, and some particular types of bacteria that capture sunlight energy and then produce oxygen and chemical energy that is stored in the form of glucose.

Herbivores acquire this energy by eating plants whereas the carnivores obtain it by feeding on the herbivores.

Photosynthesis occurs in the organelle cells that are referred to as chloroplasts.

These cells contain a green color pigmentation that is referred to as chlorophyll, which is attributed to the characteristic green colors of plant leaves.

The cells are found in leaves where photosynthesis occurs.

Notably, the leaves have got features such as epidermis, petiole, and lamina. Lamina absorbs carbon dioxide and sunlight during photosynthesis.

Green pigmentation is a critical cellular component of the photosynthesis process as they help in the absorption of light in the form of specific wavelengths.

Green plants contain chlorophyll a, chlorophyll b, and carotenoids that are found in the thylakoids of chloroplast.

The process of photosynthesis involves plants taking in water H2O and carbon dioxide CO2 from the air and soil respectively.

The chlorophyll absorbs the energy from the sunlight and splits the water molecules into oxygen and hydrogen.

The hydrogen acquired from the water molecules and the carbon dioxide absorbed from the air is used to produce glucose.

The oxygen is freed to the atmosphere through the plant’s leaves as the waste product of the process.

In other words, the process transforms carbon dioxide into glucose and water into oxygen.

Thereafter, the plant releases the oxygen into the air and stores the glucose within its glucose molecules.

The light-dependent reaction is also referred to as the light reaction photosynthesis.

This process begins with a light reaction that occurs during the day in the sunlight and occurs in the thylakoid membranes of the chloroplasts.

The thylakoids have membrane-bound sacs referred to as grana, which gather sunlight through a photosystem.

The photosystem contains large complex protein molecules and pigments within the cells which plays a key role in the Light reaction stage of photosynthesis.

In this light-dependent reaction, light energy is converted into ATP and NADPH that are later used in the subsequent stage of photosynthesis.

During this stage, the energy carrier molecules referred to as ATP and NADPH are produced by two electron-transport chains whereby water is consumed while oxygen is generated.

The chemical reaction of the light reaction stage of photosynthesis can be summed up as follows:

The light-independent reaction is also referred to as the dark reaction of photosynthesis or the carbon-fixing reaction.

In this process, the sugar molecules are formed from the carbon dioxide and water molecules.

This reaction takes place in the stroma of the chloroplast where the ATP and NADPH products of the light reaction are used.

The plants absorb the carbon dioxide from the environment through the stomata and then undertake the Calvin photosynthesis cycle where the ATP and NADPH drive the reaction and thereafter, convert the 6 carbon dioxide molecules into glucose.

The chemical equation of the dark reaction of photosynthesis can be summed up as follows:

Photosynthesis is not a singular process as such and it is divided into two distinct categories.

During the transfer, carbon dioxide is reduced or rather receives electrons, and therefore, the water becomes loses electrons or gets oxidized.

In that process, as carbohydrates are produced oxygen is produced as well.

The function of oxygen in photosynthesis is to counterbalance respiration by absorbing carbon dioxide that living organisms produce and reintroducing oxygen into the atmosphere.

This process normally occurs in bacteria such as green sulfur bacteria and purple bacteria that are basically found in numerous aquatic habitats.

As its name suggests, anoxygenic photosynthesis does not produce oxygen.

Factors That Affect the Rate of Photosynthesis

The three key factors that affect the rate of photosynthesis include temperature, light intensity, and carbon dioxide concentration.

The rate of photosynthesis drops when the temperature gets too cold.

In the same vein, plants are unable to photosynthesize when the temperature gets too high or hot.

The photosynthesis process occurs effectively in a particular optimum range of temperature.

Whenever light and carbon dioxide are not the limiting factors, the photosynthesis rate increases with the increase in temperatures until the optimum levels of a plant.

Besides, plants cannot photosynthesize when the amount of carbon dioxide in the atmosphere is insufficient irrespective of whether they have adequate lights and water.

The amount of carbon dioxide in the atmosphere is about 0.03 percent which is very less as compared to other gases and therefore acts as a significant limiting factor for the process of photosynthesis.

When temperature and light are not the limiting factors of the process, an increment in the concentration of carbon dioxide translates into an increase in photosynthesis rate.

But when the absorption of carbon dioxide in a plant goes beyond the required limits, the photosynthesis process is slowed down.

In this way, excessive absorption of carbon dioxide effectively inhibits the process of photosynthesis particularly when the gas begins to accumulate.

Additionally, without adequate lights plants are unable to photosynthesize quickly even when they have adequate carbon dioxide and water.

Therefore, an increase in the intensity of light invariably increases the rate of photosynthesis.

The photosynthesis process starts at low light intensity and increases until the intensity is at the brightest hour of the day.

The required light varies from plant to plant; the process uses a maximum of about 1.5 percent of the light.

At high intensity, the plant temperature increases thereby leading to increased respiration at which point the plant closes the stomata, resulting in reduced uptake of carbon dioxide.

In this way, excessive light intensity is an inhibitor of the photosynthesis process.

Other factors that affect the process of photosynthesis include water and oxygen levels.

Water is an important factor in the photosynthesis process considering that its reduced availability or intake, results in the closure of the stomata, which serves as the plant’s mechanism to avoid excessive loss of water during transpiration.

Subsequently, the intake of carbon dioxide ceases when the stomata close down, effectively interfering with photosynthesis indirectly.

Besides, oxygen is required during the photosynthesis process to facilitate photorespiration in plants, whose by-product is the production of carbon dioxide that is critical for photosynthesis.

Furthermore, the energy that is produced during oxygen respiration also aids the photosynthesis process.

However, when the oxygen levels increased beyond the optimum for the plant the photosynthesis process is also inhibited.

In sum, photosynthesis is a very important process for plants and other organisms that rely on plants for food either directly or indirectly.

The process occurs in plants and involved various processes that involve the production of oxygen, which living things such as animals rely on for respiration.

It is difficult to imagine life as it is without this critical process of photosynthesis.