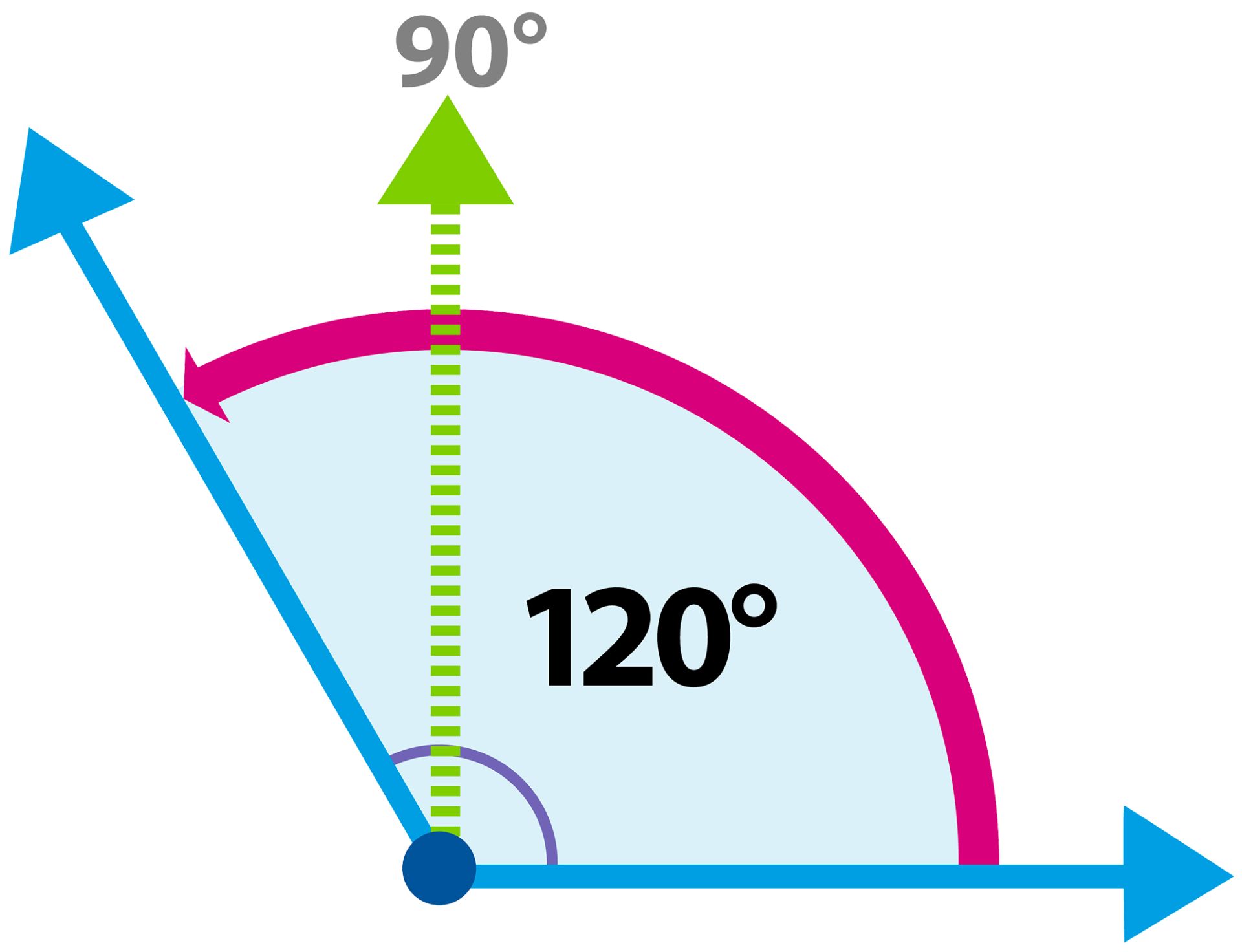 Angles are formed when two lines intersect at a common endpoint. The intersection point is known as the vertex of the angle.

An obtuse angle is formed when the number of degrees measured at or near the vertex is between 90° and 180°.

In a circle, an obtuse angle would be between a quarter of a circle and a semicircle. Obtuse angles are larger than right angles but less than straight angles.

Angles affect many spheres of our lives from the design of buildings, passing the ball in a game of basketball, to the design of critical infrastructures.

In today’s post, we will take a look at ten simple examples of obtuse angles in real life.

Most pitched rooftops are designed with an obtuse angle.

A pitched rooftop is handy when it rains or snows because it enables the free flow of water into gutters and drains.

You’ll notice such rooftops in residential areas, especially in places that receive heavy rainfall or lots of snow in winter.

Have you ever wondered why stop signs in the US have 8 sides?

Well, the design of the stop sign follows one amazing logic: the more sides a sign has, the more dangerous the road ahead is!

Circles signaled the riskiest perils. And octagons would signal the potential of the second most perilous hazards.

American stop signs are regular octagons where the interior angles at each vertex form obtuse angles.

A folding fan can help you keep cool in hot weather because hand fans create airflow when waved back and forth.

When you unfold a handled fan, you’ll notice that it forms an obtuse angle.

The obtuse angle of a hand fan increases the airflow created when you wave it back and forth.

Increased airflow enhances the fan’s cooling effect on your skin.

4.  The Wings of a Boomerang

Returning boomerangs come back to their point of origin after being thrown correctly. This ability is made possible by aerodynamics and the curved design of a boomerang’s wings.

An obtuse angle is formed at the vertex of the wings. This helps the boomerang rotate in a curved line instead of a straight line.

Imagine reading a book whose pages form an acute angle? The reader would be quite uncomfortable.

For the best reading experience, the angle between the pages of an open book should be greater than 90°.

An obtuse angle is formed between the pages of a wide-open book as long as both pages are not completely flat.

The same can be observed on a laptop. When using your laptop, the angle between the screen and the flat keyboard surface should be obtuse.

A bay window consists of three or more windows that project outward beyond the main walls of a building to form a stylish compartment.

The projection of the windows can be octagonal, hexagonal, or square.

If the projection is hexagonal or octagonal, obtuse angles are formed where the bay window panels connect.

Resting in a reclining chair is a great way to relax after a long day. But if the angle between your recliner’s backrest and the seat is wrong, it will result in backache and defeat the purpose of the chair.

A great recliner will have an obtuse angle between its seat and backrest to provide good lumbar support.

A well-chosen angle will ensure that you sit comfortably for as long as you need.

Remember how much fun it was playing on a kids’ slide?

A straight slide has obtuse angles at its top and bottom ends to enhance the sliding motion of a child.

The obtuse angle at the top sets off the sliding motion while the angle at the bottom stops the motion. This design promotes the safety of the kids.

We are all familiar with the safety hazard caused by sharp tiny pieces of broken glass.

Fortunately, there is a type of “safety glass” known as tempered glass that reduces the danger caused by sharp edges when glass breaks.

Tempered glass breaks differently from regular glass because it undergoes controlled chemical and thermal treatments to enhance its strength. As a result, it shatters into small harmless pieces.

Tempered glass fragments have obtuse angles and are safer to handle compared to standard glass shards.

The classic coat hanger has a hook and two or three sides. The angle formed near the hanger’s hook is obtuse.

If this angle was less than 90°, coats, jackets, and shirts would slide off. A wider angle keeps clothes secure by providing good support.

There you have it; simple examples of obtuse angles in real life.

Apart from the examples mentioned above, you’ll notice obtuse angles all around you.

Remember that there is always an obtuse angle whenever two sides that meet at a common point deviate widely but don’t form a straight line.

10 Examples of Rhombus in Real Life

10 Examples of Quadrilaterals in Real Life