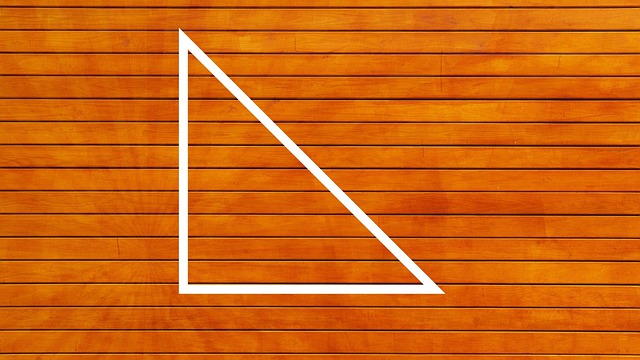 The relationship between angles and sides of a right-angled triangle is often touted as the basis of trigonometry.

But what is a right-angled triangle?

Well, it is simply a triangle with one interior angle that has a value of 90 degrees (right angle). Some people also call it a 90-degree triangle.

Expectedly and as per the Angle Sum Property, the other two angles of a right triangle add up to 90 degrees.

The side opposite the right angle is often referred to as the hypotenuse and it is the longest side of all three sides.

Then there is a side that’s perpendicular to the right angle (height) and another that forms the base of the triangle (base).

All the three sides of a right-angled triangle are related to one another and their relationship is often explained by a widely celebrated concept in mathematics called the Pythagoras theorem.

According to the theorem:

Now that you understand what a right-angled triangle is, can you give some examples of this type of triangle in real life?

Well, there are many areas in life where right angles are used. And in today’s post, we have listed and explained a few examples of right triangles in real life. Let’s dive right in…

A sandwich is usually two slices of bread that sandwich any other filling you would like to take.

Most people cut the sandwich into two across the diagonal. It results in two right-angled triangles on top of each other.

To achieve this, ensure that you cut the sandwich with one cut so that you do not change the direction of the knife midway. You also need to use conventionally shaped slices of bread.

Other food items that you can cut into right angles include square cheese, ghee, and ham.

A staircase is one large triangle cut into small steps to enable you to move up the building.

If you stood by the sides of the staircases and drew a triangle that touched the tip and the base, it would be a right-angled triangle.

On the other hand, if you drew a triangle from one of the edges of a lower staircase to the tip of the upper one, it would still result in a right triangle.

Truss bridges are structures constructed in triangular forms to enhance strength against the forces of compression. They also evenly distribute the weight of the bridge across the entire distance without changing their propositions.

If you look at the truss bridge from the side, you will notice a piece of steel that connects to the middle of a triangular structure.

It makes a right angle with the base and divides the large triangle into two right triangles.

You will find similar right triangles when looking at slanted roofing from the front. A frame is placed at the middle of the triangle to support the trusses.

This creates two right triangles placed side by side. However, this is only visible if there is no ceiling.

In the past, these sails were rectangular. However, the shape prevented them from traveling against the wind.

On the other hand, the tapered outer side of the sail makes for a perfect triangle.

A ladder is a piece of climbing equipment that helps individuals to scale walls. It is used in various applications, including construction, putting out the fire, or when you want to reach out an item that high up.

A ladder is placed slanted against the wall so that it remains stable. In such a position, it forms a right triangle by becoming the long length that touches the wall and the ground.

Other angles can change depending on the slanting of the ladder.

A set square is an instrument in a mathematical set that is used for technical drawing.

There are two set squares in a geometry set: 60-degree and 45-degree set squares.

The two set squares are right triangles, despite their names.

You can draw right-angled triangles with the inside holding space and the outer edge of the material.

The two are used to provide a straight edge to a right angle.

A triangular tent is made of tent fabric, guy line, and metal pole. The tent fabric is pegged into the ground for stability.

If you looked at the tent from the opening, you would find that the metal pole cuts the triangular entrance into two right triangles.

This pole makes a 90-degree angle with the ground, while the tent fabric makes for the long side of the triangle.

New tent designs may have other shapes.

A quarter glass or the valence window is a small glass window that covers the small area left by the passenger windows. Cars have a tapered shape and a flat top. The main window does not cover the entire length.

The quarter glass has a right angle on the side next to the passenger window and is tapered towards the end of the car. This window usually does not open unless it has inbuilt hinges.

A carpenter triangle is also called a rafter square or a triangle square. This is a multipurpose triangular tool used for marking out distances in wood for cutting.

The triangle also acts as a saw guide for making 90 and 45-degree cuts.

This square is usually made of steel and what looks like a triangle inside the other.

It has a 90 degrees edge where the short lengths meet.

Hopefully, now you know a few examples of right triangles in real life.

As you can see, several applications use the right triangle to accomplish various objectives, especially in the construction and product fitting industry even if the resulting product is not triangular.

Some examples include making picture frames, wood stools and tables, and corners in welding.

If you look closely, you will come across many other excellent examples of right triangle application in real life.

10 Examples of Trigonometry in Real Life

10 Examples of Quadrilaterals in Real Life