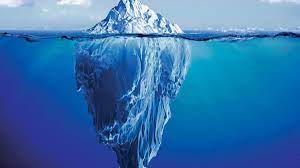 What’s the meaning of the phrase “Stop burning bridges after crossing the river?”

Semantically, it means setting a bridge ablaze after crossing.

But it is not logical to burn a bridge after using it. So, there is a deeper meaning of the statement than the literal meaning.

Well, the long and short of it is that we usually use the above phrase to address people who lack appreciation after receiving help.

Again, a person asking you “how are you?” when greeting you does not expect you to give him every detail of your current situation.

It is simply a way of greeting. So, the meaning we infer from the words used in greeting is different from their literal meaning.

Finally, what meaning do you infer when someone asks you for a glass of water on a sunny afternoon? Even if he or she doesn’t mention it, there are high chances that the person must be thirsty.

The study of how a speaker implies a meaning in words spoken and how the listener infers the intended meaning according to context is called pragmatics.

In pragmatics, the speaker hints or suggests a meaning while the listener tries to infer the correct intention of words spoken.

Here are ten more examples of pragmatics in linguistics.

When you are in a room, and a person tells you to open the window, there is always a deeper meaning of their words. The person might be feeling hot and wants some cold air from outside, or the room is stuffy, and they need some fresh air.

When a young child is angry, he becomes noisy and uncontrollable. When you say that a grown-up is throwing a tantrum, it means the person gets upset and behaves in an irrational way when things don’t work in his favor.

3. ‘Welcome’ as a response to the phrase ‘Thank you’

When a person does good to you, you express gratitude by saying ‘thank you.’

When the person responds by saying welcome, he does not expect you to seek help from him time and again.

The implication of a person saying ‘welcome’ here is that he is fine and not bothered by rendering help.

4. You are the apple of my eye

It is common for parents to refer to their children as the apple of their eye.

In this context, the parents are not talking about the pupil of the eye. Without the pupil, the eye cannot function well.

The heart is one of the vital organs in our bodies. When a person close to you tells you, ‘I heart you,’ he implies that he values you.

If a heart stops working, life ends. A person using this phrase on you hints that life will not be the same without you.

Consider a case where your mother sends you to get her a plate of rice from the kitchen.

You may infer that she needs a plate that has some rice.  But the contextual meaning of this is that she is hungry and wants something to eat.

Have you heard someone say ‘we arrived at the wedding dressed to kill’?

The implication of these words has no relation to killing. It is a phrase that describes the kind of clothes the speaker is wearing—glamorous clothing.

If you are taking a meal at your friend’s house and he asks you if you are full, what does he imply?

Well, since you are eating, getting full is used to imply satisfaction.

The term full describes how much a container or a space holds. But in the scenario we’ve described, your stomach is considered full when you get satisfied.

9. I have two daughters

If someone tells you that he has two daughters, he could be implying either of the following;

The listener will infer either of the above implications depending on the context. If the speaker were asked how many children he has, the first implicature would apply. This changes if the question was ‘How many daughters do you have?’

10. Where are you coming from?

The meaning inferred by a listener and the speaker’s intention may sometimes not match.

The assumption made by the listener is dependent on the social context and age.

A young listener may not get the deeper meaning of words spoken and may settle with the literal implicature.