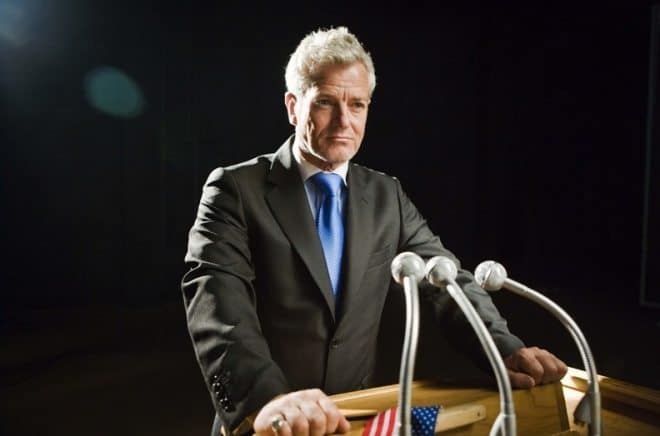 Have you read a sentence in which the use of a particular word or phrase came across as a proverbial stone cast to kill two birds?

Then you have definitely dealt with Syllepsis.  These amazing rhetorical devices may make you read the statement twice to confirm whether they make grammatical sense.

Surprisingly, the statements pass the grammatical check in most cases.

So, What is Syllepsis?

Syllepsis originates from Sillipsis, a Greek word that means to put or rather take together.

In simple terms, Syllepsis is a word that is applied or used in two different ways at the same time to communicate two different meanings.

Syllepsis involves the very clever use of words to draw attention, and in some cases, surprise the reader.

It, therefore, involves achieving some comic or witty effects by combining semantic incongruity and grammatical parallelism.

To master the use of Syllepsis is to become a wordsmith in your own right.

In its basic function, Syllepsis is considered to have some similarities with Zeugma.

In fact, rhetoricians have battled over the difference between the two, and have, in most instances, tended to agree that they are actually one and the same thing.

But when you carefully consider the two rhetorical concepts, nothing could be further from the truth.

Syllepsis can be considered as a form of Zeugma in which the verb in question is used in contexts where it accomplishes two distinct purposes at the same time.

It is, therefore, impossible to use Syllepsis without Zeugma since the different usages must be attributed to a single mention, which is technically a Zeugma.

Zeugma involves the use of a single word in a sentence, which is considered a component of more than one class.

In itself, Zeugma is simply a parsimonious phrase, and therefore, Syllepsis is a specific form of Zeugma since is conspicuous and unexpected at the same time.

It’s a small room. I have barely enough space to lay my purse and a few friends.

The verb in question in this Syllepsis is “lay” which implies space within the room that could fit the storage needs of the person speaking.

The verb connects with the nouns “purse” and “friends.” The verb implies the inadequacy of the space in the small apartment to fit both the purse and the few friends of the speaker.

Unlike in other cases, the verb indicates that both the purse and the few friends need to be taken together in consideration of the size or space of the room.

The parallelism is important in reiterating the need for space in the room.

He held his breath and the door for her.

The verb “held” is of central focus in this sentence as it is used to indicate the action taken on “breath” and “door”.

While the action of holding is the same, it is applied in two different contexts – to a human and an inanimate object as well.

In the first instance, the verb implies being expectant with her about something. In the second part, it implies paving the way so that she could enter.

In this particular statement “make” is the verb of focus and it connects with two contrasting nouns, which are “love” and “war”.

The verb make implies the human agency that is required to either realize love or war.

The use of the verb in this case results in a form of parallelism whereby the outcomes are contrasting to each other.

While the statement aims to advocate for the investment in efforts that would result in peace and harmony, it invariably indicates that even war is the making of man as well.

The choice, therefore, should be on the former rather than the latter.

When I remonstrate Jane, I have to raise my voice not my hopes.

In this statement, the verb “raise” is connected with the noun “voice” but not the noun “hope.”

This implies that while the speaker may express their anger or disappointment towards Jane, they are by no means hopeful that their loud talk will yield anything.

The contrast, in this case, is apparent: while the act of raising infers a positive thing, it is used in this case for the wrong thing—which is demonstrating anger and discounting hope.

The parallelism in this case is a reverse of the very meaning of the word “raise.”

Miss Drake rose from the table a bit agitated and went straight to her apartment in a flood of tears, and a sedan chair.

The verb “went” in this statement is connected to the noun “tears” and “sedan chairs.”

However, these are two very different actions taken by Miss Drake, which in themselves have no correlation.

The verb “went” only shows the order in which the two unrelated actions occurred in response to how Miss Drake dealt with her agitation.

Also, note that the first act of going into a flood of tears is figurative while that of going to a sedan seat is literal.

She had waited for the chance to speak to him for long but when it came, she blew her nose and the opportunity away.

The verb “blew” in the statement is connected with the “nose” and “opportunity.”

However, the application of the verb with regard to these nouns reflects totally different meanings.

Blowing the nose is a physical act (hence literal) while blowing an opportunity is not (hence figurative).

But in this case, the act of blowing the nose was connected with the blowing of the opportunity.

As she blew her nose so did she lose the opportunity of talking to him, possibly because he went away or something.

The implication, in this case, is that had she not blown her nose, she would have talked to him.

Roger told me that if things kept going as they did, he would soon lose his job, his weight, and his mind.

The verb of focus in the statement is “lose” which is related to the things that Roger is bound to do without if things did not turn around his way.

Again, in this case, the verb does not necessarily reveal the order in which Roger may lose these things—it just indicates that they will be part of his cumulative loss.

However, while job and weight are the literal things that Roger is going to lose,  losing his mind is rather figurative.

After a fierce argument with his boss, Martin took his coat and his leave.

The verb “took” is related to the noun “coat” and the verb “leave”.

In this case, taking showed the order of things as Martin reacts to the altercation with his boss.

He embezzled the money and broke the contract but not our hearts.

The verb “broke” may connect to the noun “contract” in the sentence but not “heart.”

This implies that while the verb break was applicable in the former, it did not apply in the later.

Essentially, the breaking of the contract did not translate into possible, parallel emotionally negative effects.

We don’t interfere with each other: he does his thing and I mine.

The verb in this sentence that is worth of focus is “do” whose present continuous tense makes it become “does” which combines perfectly with the subject pronouns “he” and “I”.

The two persons referenced in the statement are both engaged in doing the same thing, even though each one of them works independently.

The verb in use, therefore, combines both the pronouns even as it also indicates contrasts between the two people.

There is something about word economy that comes across when you look at the wordplay that makes up Syllepsis.

But it goes beyond that, definitely. It has to make sense at the end of the end—even when it has to look witty and sassy.

When done correctly, the Syllepsis constructions result in stylistic effects that may at first come across as grammatically incorrect.

Of course, this is understandable because in most cases and as shown above, Syllepsis uses a single phrase or word to provide various shades of meaning.

What Syllepsis do is that it forces us to appreciate the often hilarious paradoxes in our lives and how they can be put together.

Syllepses are part and parcel of our life, and constructing them is not a reserve of some rhetorician.

Syllepses are to be found where ever we can point out related contradictions in our lives.