HomeMaths10 Real Life Examples of a Point in Geometry
Maths

10 Real Life Examples of a Point in Geometry 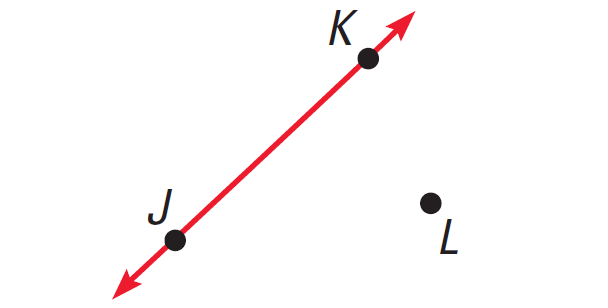 Points can be described as positions represented by dots to indicate exact location.

They can be contrasted from other geometric structures like lines, curves, or 3D objects.

Unlike them, a point has no dimensions such as height, size, or volume.

Therefore, we can only describe the position of a point but we can’t describe its length, volume, or height as it has none of this.

You can produce a line when you join two distinctive points. You can also position a point on a line, surface, or space.

In fact, more complex objects like lines, surfaces, or space start with a point as their fundamental building block.

To create these more complex objects,  the number of points needed is indeed infinite.

Points can either be categorized as collinear, coplanar, concyclic, or coincident.

If you can prick a paper with the tip of your pen without making any sideways movement, the result is a point.

Points are usually named using capital letters such as point A or point B.

Let’s now look at 10 real-life examples of points in geometry.

The most popular use of a point is for locating positions on a map. For example, Google maps display various points on it which shows the locations of cities, towns, or geographic features.

The end of a needle that is used for piercing is considered to be a point. It is used to prick a tiny part of your fabric to enable a thread to be passed through for stitching.

3. The tip of your pen or pencil

This is the end of your pen or pencil which you use to write with on paper or a book. You can use it to make points on paper or mark precise locations.

This is a pointing device that is used for drawing or writing on touch screens.

Its end is a point that is used to tap your computer screen or tablet and get detected.

This allows you to make marks, drawings, selections, or perform other operations similar to mouse actions.

5. The proboscis of an insect

A proboscis is a long slender tubular structure that insects use to reach and suck things from their environment like food.

Its end can be considered to be a point where it just used to touch a surface.

6. The singularity of the big bang

Physicists believe that the whole universe started from a very infinitely tiny and dense point. It had no characteristics like space, mass, or time.

Scientists call this point a singularity and it conforms to the characteristics of a point such as having no size, volume, or height.

Only after the massive explosion of the Big Bang, did this point rapidly expand to become our present universe with characteristics like a diameter.

7. Showing coordinates on a graph

If you want to locate a position on a graph, you use a point that is defined by coordinates.

This can be on a plane using an x-axis and y-axis or in space using x, y, and z-axis.

These are cross-like lines that intersect at perpendicular angles. Their meeting spot is a middle point that is used to give a visual reference to a gunner who is aiming a shot at a target.

In measuring resolution, points can be used to represent dots that are given as dots per inch or DPI.

The resolution of a digital scan or printed document depends on the dot density measured by DPI.

A higher density of dots gives higher resolutions. This density can be measured by DPI by looking at the number of dots that are placed on a line the length of an inch.

Despite being the tiniest things that you can imagine with no size, points play a vital role in our lives.

They are heavily used in geometry and even in astronomy for applications with far-reaching importance.

10 Real Life Examples of a Plane in Geometry

Real-life Examples of a Ray in Geometry