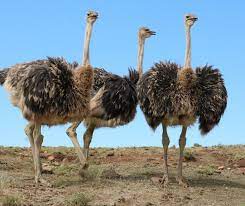 If evolution occurred in the past, can we find remnants of it today in present-day animals—whether physical or behavioral?

One clue would be vestigial structures.

Scientists think they have found a handful of these in modern organisms.

These vestigial structures appear to have no use today. They are thought to have been necessary in the past during evolution in our more primitive ancestors.

After new life forms had evolved from their ancestors, some of these older structures were not discarded. They remained part of the modern organisms.

Today we can still observe some of these. Vestigial structures are usually harmless though they may bring some additional weight. They can also cause disease and be a maintenance burden.

Over time, they may be phased out through selective pressure. The more harmful the vestigial structures, the faster it takes to phase them out.

Here are 10 examples of vestigial structures in animals.

Ever heard of females getting children without the help of males? The virgin whiptail lizards are a rare example of this feat.

These species have no males and proudly so because this does not hinder them from having families.

This lizard produces its young by a process called parthenogenesis. All it takes is for the lizard to produce an unfertilized egg which goes on to develop into a baby lizard. It’s like cloning oneself!

Despite this, some of the lizards can still be seen attempting to copulate by mounting others and acting like the male.

This is an example of a vestigial behavior which has survived in them from their ancestors which reproduced sexually.

Wisdom teeth in humans come with their own expense: time and pain.

These teeth, which are the third molars, need monitoring and often removal.

It’s an example of vestigial structure because their presence often causes overcrowding problems in the mouth as extra unneeded molars.

This could be because our jaws have grown smaller compared to that of our earlier ancestors who had bigger jaws.

Our jaws got smaller because cooking made our food softer for chewing.

Did snakes ever have hips? The answer is that their ancestors could have needed some because they had legs.

This is suggested by the fact that snakes today have pelvic bones for which they have no use.

Snakes such as boas and pythons feature these remnants beside their cloaca.

The wings of birds that don’t fly are examples of leftovers from ancestors that flew.

Examples of these include ostriches, kiwi, and kakapo (a flightless parrot).

Although the wings are useless to fly with, they have been adapted for lesser functionalities such as balance.

Modern whales feature what looks like the remains of legs in their bodies. These include humpback whales, baleen, and some sperm whales.

It is believed that whales had evolved sufficiently to enter the land with legs.

Then some of these returned back to the sea which rendered the legs useless.

Tails are needed by many animals for balance or communication.

So, what does it have to do with humans?

It has been found that humans feature the remains of fused vertebrae called a coccyx.

Biologists believe that this is evidence of a slowly disappearing tail that our ancestors had as they were evolving.

Tailbones have occasionally been removed by surgery from infants.

Goosebumps are what we humans get when we get cold. It’s due to the vestigial muscles that lie at the base of your hair follicles.

These muscles pull your hair making them stand upward. This is to produce heat by holding air.

However, this action was more effective in our ancestors as they had thicker coats and more hair.

The hair could trap air and produce a warming effect.

However, following evolution, humans lost their coat and hair but the muscles remained as vestigial structures.

Also known as the palmar grasp reflex, this is a reflexive act by babies to hold firmly onto anything that is placed on their palm.

This grasp can be unusually strong. It’s also seen in infants’ feet which tend to curl like that of a grown chimp.

This is a vestigial reflex that was once in ancestors which enabled babies to hang onto their mother’s fur when traveling.

Did you know some people are able to perk up the ears like a dog that is alerted?

This ability comes from using the auricle muscle which humans still retain as a vestigial structure.

Since our primate ancestors could not turn their heads horizontally as we do, they needed this feature to catch sounds around them.

As humans are able to move their heads, this muscle has no more use although we still retain it.

Having a hiccup after a leisurely meal?

You may want to know that the hiccup came down to us from amphibians.

Amphibian tadpoles show very similar behavior to human hiccups when they breathe in air and water through their gills.

Mementos and memorabilia are precious to us.

Evolution seems to have gifted modern organisms with some through vestigial mementos.

What could be a better way of stirring nostalgic memories of the past!