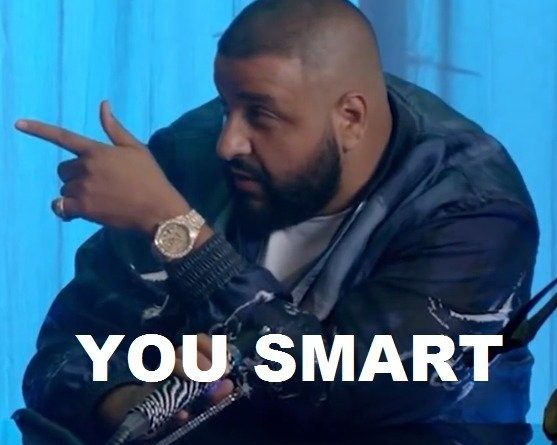 In the words of Phineas T. Barnum, “There is a sucker born every minute”.

Barnum was a well-known nineteenth-century American showman hailed for his one-of-a-kind exhibits.

People paid a lot of money to witness Barnum’s intriguing spectacles, such as the Cardiff Giant and George Washington’s 161-year-old nanny.

While Barnum’s showcases were hoaxes, people would buy into Barnum’s ingenuity.

This is a psychological phenomenon that posits that people are gullible since they sensationalize generic information.

This psychological effect occurs when a person ascribes individual interpretations to vague statements.

Practitioners, or subjects, are quick to believe that the statement’s descriptions apply to them alone, whereas they apply to everybody.

People with neurotic or authoritarian personalities are more prone to this effect.

Also, people are generally more likely to read a personal meaning to generic statements if the evaluator is a person of high status, especially for negative assessments.

A fundamental principle of the Barnum Effect concept is people’s propensity for subjective validation.

This is a cognitive bias characterized by an individual’s tendency to validate statements based on personal feelings as opposed to facts.

As such, subjective validation of generic content is the primary causal factor for the Barnum effect.

The Barnum effect is a popular fixture in several facets of modern-day life. Some notable examples include:

The success of any political campaign is contingent on the politician’s ability to apply the Barnum effect.

Election contestants endear themselves to the public by using general statements that are relatable to every Tom, Dick, and Harry.

Most electoral messages use the personal pronoun “we” to make it possible for everyone to personalize a specific political agenda.

For instance, Barrack Obama’s campaign slogan was “Yes, we can”. This hopeful, collective message greatly contributed to the success of Obama’s presidential campaign since American citizens ascribed it to their personal lives.

Most people felt that Obama was referring specifically to them as individuals and their ability to achieve their goals.

Another notable slogan of Obama’s campaigns was “Change we can believe in”.

Herein, Obama also used the Barnum effect as the message led people to consider themselves as one of the people who believe in Obama’s vision for change in the country.

This political strategy is effective largely since it involves a set of subjects who refer to themselves as the working class and a perceived savior or leader.

Ideally, the former are more likely to believe the statements of the latter given that the inferior subject trusts the authority of the evaluator.

The holy grail of business advertising is to attract potential clients and drive consistent repeat business.

Most successful businesses achieve this goal by applying the Barnum effect in their marketing strategies.

By crafting catchy taglines, these enterprises can market their brand or products as something that is of personal importance to each one of their existing and potential customers.

For instance, Uber’s brand slogan, “Move the way you want”, infers an individual’s desire for privacy and control in their transportation services.

This tagline is crafted with this consumer need in mind. It makes customers believe that Uber services provide them with privacy and freedom tailored for their individual needs.

In reality, however, this statement is very broad and generic. It applies to everyone without any particular emphasis on individual persons.

Toyota’s “Let’s go places” and Burger King’s “Have it your way” are also notable examples of the Barnum effect in contemporary marketing campaigns.

Toyota’s slogan leads people to consider themselves as one of the people who go places while Burger King’s slogan leads them to believe the company’s products are specifically designed to fit their individual preferences.

Horoscopes are predictions of people’s futures based on the position of specific planets or stars when the person was born.

The majority of horoscopes focus on an individual’s current circumstances and a delineation of their character.

While many people vehemently ascribe to these predictions, horoscopes largely comprise of obvious statements that are applicable to various personalities and circumstances.

These are broad predictions that are applicable to most people in the world at the beginning of every year.

However, horoscope aficionados believe that January readings apply specifically to their individual situations at that time of the year.

The Internet is rife with personality assessment options. However, the authenticity of these tests is highly questionable due to their vague and at times self-contradictory results.

It is not uncommon for personality tests to produce absurdly contradictory statements such as, ‘You are an outgoing individual, but can be introverted at times’.

A person will likely interpret this vague statement as a correct description of themselves since everyone experiences a bit of both personality spectrums.

Other horoscopes involve obvious predictions such as, ‘You will make important decisions’.

Everyone makes significant decisions at one point or another, highlighting the very obvious and subjective nature of this prediction.

Sites such as Instagram and Twitter often ask users to fill out information such as favorite sports teams, hobbies or TV shows.

The collected data is then used to inform content suggestions for every user.

This is a form of the Barnum effect given that the provided information is not sufficient enough to influence ad targeting decisions.

For instance, cosmetic companies will target make-up adverts to individuals who express an emphasis on their self-image.

Consequently, the ads will influence these users to believe that using the advertised make-up products makes them more attractive.

Several users will end up purchasing these items in the belief that it will work for their individual self-image needs.

Palm readers claim they can foretell a person’s future by looking for specific features of the client’s palm such as the heart line and the palm’s length.

In reality, however, there is nothing supernatural about this vocation.

Palm readers simply prey on gullible persons by making vague predictions that are relatable to everyone.

Statements such as ‘You are good but can be pushed to the limit at times’ are applicable to any person’s life.

However, people are more likely to believe this statement as it comes from a source they trust and they would like it to be true.

This treatment approach entails offering a patient dummy medication that has zero therapeutic benefits but makes the patient believe their condition is improving.

For instance, a doctor might prescribe sugar pills to a depressed patient without giving any detailed description of the medication.

However, the patient will believe that the pills contain medicine that will help relieve their condition.

The prescribed drug offers the patient vague hope that in turn increases their chances of getting better.

In essence, patients personalize the pill’s effect to their condition without knowing that they are plain placebo pills.

Fortune cookies contain predictions that consumers believe to be true.

These predictions are printed on a small piece of paper inside the cookie and the buyer is required to burn the paper for the fortune to come true.

It is believed that ripping the paper or telling someone else your fortune angers the fortune cookie fairy who will then reject your fortune.

However, these fortunes are very broad statements such as ‘Your future will be great’.

Anybody can relate to such a statement, making them more believable to individuals.

By and large, the Barnum effect focuses on people’s gullibility.

This psychological theory connotes that people are likely to believe in vague assertions as they ascribe individual interpretations to these statements, making them more believable.

This strategy is used in different modern professions such as palm reading, business marketing, astrology, political campaigns, and personality testing.