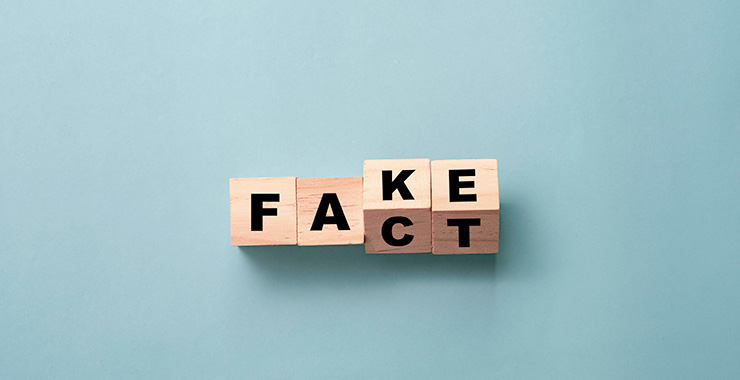 In her TED Talk titled “How Russia Hacked the US Election”, Laura Galante, a cyber-analyst, stipulates that the rise in digital technology has made the human brain the most exploitable data processing unit in the universe.

She argues that digital media exposes people to an unfiltered flow of data that becomes more familiar with time, eventually becoming the truth.

At the heart of Galante’s line of thought is the illusory truth effect.

This is a tendency for people to believe false statements after repeated ingestion of the information.

Also known as the reiteration effect or validity effect, this phenomenon refers to an individual’s higher likelihood to believe repeated information than non-repeated, factual ones.

In essence, the legitimacy of the statement is rendered irrelevant by the statement’s familiarity, making it more acceptable to people.

The illusion truth effect is attributed to processing fluency.

Therefore, the brain responds quicker to repeated data, causing it to misattribute this processing fluency as an indication of truth.

The phrase illusory truth effect was first coined by researchers from Temple University and Villanova University in a 1977 publication of the Journal of Verbal Learning and Verbal Behavior.

A sample of college students were issued with 60 statements in three rounds, each two weeks apart, and were asked to rate the statements as false or true.

The researchers concluded that the respondent’s confidence in the truth of repeated data increased steadily from the first to the last round, while that of non-repeated statements remained intact throughout.

The concept was later adopted by several scientists including Larry Boehm and Hal Arks.

The body temperature of a chicken

One of the most popular examples of the illusionary effect is Daniel Kehman’s, a renowned behavioral economist, analogy of a chicken’s body temperature in his 2011 book, Thinking, Fast and Slow.

The initial phrase is incomplete and does not make any particular sense.

However, it breeds partial familiarity which in turn gives the second phrase more processing fluency, causing people to believe it.

The illusory truth effect is a fundamental tenet of political propaganda.

Politicians have over the years used this technique to influence the masses’ political ideologies.

A good case in point is George W. Bush’s political agenda against Iraq. The former United States president’s intent was to invade Iraq and take down the ill-famed Saddam Hussein.

In a bid to win the people’s approval, Bush repeatedly made public statements accusing Saddam Hussein of possessing WMDs (weapons of mass destruction).

Bush repeated this claim in interviews and during speeches, causing the American people to buy into his claims.

A more recent example is Donald Trump’s repeated use of the phrase “witch hunt” after he was accused of obstructing justice in the Mueller report.

Trump included this phrase in all his public statements as a way of familiarizing his supporters with the idea that he was innocent.

Americans heard the phrase over and over again, making it more familiar and more believable, regardless of whether they agreed with Trump.

During the early stages of the COVID-19 pandemic, the world was engulfed in a fearful frenzy sparked by heightened uncertainty surrounding this health crisis.

Elected officials, therefore, sought to find viable treatments for the disease as a way of alleviating society’s worries.

Among them was Donald Trump who was quick to identify hydroxychloroquine as an effective treatment option.

He touted the drug’s benefits over and over again in his public addresses for several months.

This strategy made people more familiar with the idea, prompting thousands to buy the drug.

Unfortunately, subsequent clinical trials showed that the drug could not cure COVID-19.

Nonetheless, Trump’s repeated touting of the drug’s viability made people believe this misinformation.

People are more likely to believe a statement that appears several times on their social media feeds.

For instance, trending topics on Twitter have a high level of overall believability since Twitter users view them over and over again on their timelines.

Additionally, false news tweets are 70% more likely to get retweeted than truthful ones.

As a result, misinformation spreads rampantly on Twitter since users view the retweets and tweets repeatedly, leading to a higher processing fluency.

One of the most notable examples is Marcus Antony’s speech after Caesar’s death in Shakespeare’s highly acclaimed play, The Tragedy of Julius Caesar.

Shakespeare provides his audience with an on-point dramatization of how people in positions of power use words to make others conform to their will.

According to the play, Brutus and his fellow conspirators killed Julius Caesar and the Roman people demanded answers.

In response, Brutus gave a speech during Caesar’s burial where he defended his actions as righteous and honorable.

However, Antony later gave a speech of his own whereby he turned the crowd against Brutus using the illusory truth effect.

He repeatedly questioned Brutus’s claim of being an honorable man.

Also, he repeatedly told the crowd they have cause to mourn Caesar and they should not withhold their grief.

By repeating these statements in his speech, Antony was able to convince the mob to express their grief openly and convinced them that Brutus was not as honorable as they once thought, thus indirectly directing the crowd’s anger towards Brutus.

This false information is usually part of an elaborate plan to spread social or political agendas.

For instance, fake news has consistently plagued the COVID-19 era as politicians, socialists, and businesses strive to push their agendas.

A recent research article published in the British Medical Journal states that more than 25% of Coronavirus-related YouTube videos contain misleading details about the health condition.

The more people watch these videos, the more these false claims gain relevance among the masses due to the illusory truth effect.

Several successful companies repeatedly expose their customers to specific phrases that in turn make their products seem more appealing than their competitors.

For instance, KFC, the international fast food restaurant chain, has over the years used the tagline “It’s finger licking good” in its advertisements.

People have heard this slogan over and over again, making it easier to process and more believable.

Today, KFC is one of the largest and most popular restaurant chains globally primarily since it is an internationally accepted truth that KFC foods are ‘finger-licking’ good.

Graffiti is a staple fixture in hip-hop music videos.

Images and lyrics about graffiti appear frequently in these musical pieces, in turn causing people to believe that graffiti is one of the fundamental elements of hip-hop music.

Repeated exposure to graffiti pieces in hip-hop videos has made people more familiar with this art form in relation to hip-hop music, leading to the illusory truth that the two are connected.

In reality, graffiti was not spawned by hip-hop music, but instead originated from ancient Arabic and Roman civilizations.

This aerosol culture existed before the advent of hip-hop, disqualifying any relations between the two.

How to Avoid the Illusory Truth Effect

An effective antidote for the illusory truth effect is critical scrutiny of all data sources.

People should learn to conduct thorough fact-checking processes for every piece of new information they come across on digital media.

As the old adage goes, knowledge is power. It is prudent to look for more information on the topic to see whether there is corroborating evidence to verify the story.

This strategy will help individuals ascertain the falsity or truthfulness of a statement, as opposed to using intuitions or gut feelings to evaluate data.

The illusory truth effect is a cognitive shortcut whereby the brain easily processes repeated information, wrongfully ascertaining it as the truth.

Politicians use this effect to propagate political propaganda and businesses use it to drive sales through marketing.