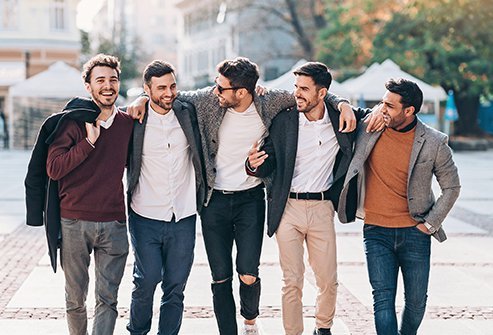 We often think of the average guy as unspectacular. He doesn’t win the medals or get the highest grades.

However, he also doesn’t fail but just gets by. This mediocrity makes his chances of surviving just as good as losing.

But in biology, average individuals can become consistent big winners, outshining their counterparts through stabilizing selection.

Stabilizing selection is a kind of natural selection that favors average individuals while selecting against individuals of extreme traits.

In this case, extreme traits have no selective advantage and so they are eliminated in favor of intermediate traits.

Stabilizing selection differs from directional and disruptive selection in that it drives the population towards having average traits.

Stabilizing selection works also in opposite direction to disruptive selection.

Disruptive selection favors traits or individuals that lie at the extremes. Stabilizing favors those that lie between the extremes.

Several factors can cause stabilizing selection including:

The effect of stabilizing selection is to reduce variation in a population so that all members tend to have the same average trait.

Humans tend to show intermediate traits for most characteristics.  For example, height, or weight tend to dominate in the intermediate range when you look at the population as a whole.

Babies who have average weight at birth have a higher survival rate. Both high and low-weight babies are disadvantaged.

Low-weight babies are prone to sickness and lose heat rapidly.

High-weight babies cannot be easily delivered through the pelvis, which reduces the survival chances of both mother and child.

Stabilizing selection can be seen in birds laying eggs.

The number of eggs called clutch size needs to strike a balance between too many and too few in relation to available resources.

For example, the robin usually raises no more than four chicks. This is because of the bird’s sizes.

Penguins usually have one chick also due to the chick’s big size and large amount of food it needs.

By limiting the number of eggs or chicks, the parent birds are not overwhelmed by the demands of feeding or caring for the chicks which could lower their survival chances.

Lemurs are animals that are native to Crazy Island.

Scientists have noticed that they have been subjected to stabilizing selective.

Although they are multicolored, dark and light-colored lemurs are rare and seem on the verge of disappearing.

However, the intermediate brown-colored lemurs dominate in the population.

The Siberian husky is a dog used to pull sleds on the snow. They typically have moderately sized leg muscles. This is due to a stabilizing selection that tries to balance between their weight and strength.

The dogs need maximum strength to pull the sleds while also being light to comfortably navigate on top of the snow.

This North American insect completes its lifecycle by forming galls in goldenrods, which is a flowering plant.

The galls act like a home where the insect larvae live and are protected from predators.

However, it is the gall size that determines if the larvae will survive.

If it’s too small, there is little hiding room from wasps that will feed on the larvae.

If it’s too big, it becomes a target for birds that find it easy to reach with their beaks.

Due to stabilizing selection, the gall is moderately sized to avoid both wasps and birds.

Spiny cacti have to strike a balance in the number of spines they grow.

By increasing their number, they are able to fend off the peccaries, a mammal that eats the flesh of its cactus.

However, too many spines attract a parasitic insect that lays its eggs on it.

To avoid both predators, the spiny cacti have undergone stabilizing selection to have a moderate number of spines.

In plants, selective pressure acts to give plants the right height to increase their fitness for survival. Increased height enables it to reach sunlight for photosynthesis.

However, it also exposes it to the hazards of wind which can damage it.

Through stabilizing selection, plants with average height are therefore favored against plants that are too short or too tall.

8. Being Average can better prime one for Success

In human experience, being average can hold certain advantages over those who are not average.

For example, those who perceive themselves to be average or mediocre tend to work harder to excel.

On the other hand, those who are superior may grow overconfident and relax, effectively becoming victims of their own success.

Also, those who are outright failures may not even try to succeed because their situation appears to be sealed. This leaves the average at an advantage.

The winning style of the average seems to echo the biblical quote that “the race is neither to the swift nor the battle to the strong.”

Darwin would agree by saying that: “It is not the strongest of the species that survives, nor the most intelligent that survives. It is the one that is most adaptable to change”.