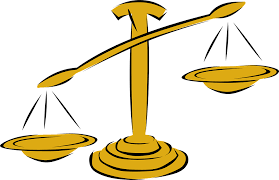 Utilitarianism is a moral theory about what should be good or right in a society.

Famously expressed through the maxim “the greatest amount of good for the greatest number of people,” it aims to bring as much good as possible to people.

Though this idea has found its voice in recent thinkers like 18th and 19th-century British philosophers John Stuart Mill and Jeremy Bentham, it goes back to ancient times.

In business, utilitarian ethics tends to focus on how to minimize suffering (unhappiness) while maximizing profit.

So, it takes a cost and benefits approach using the concept of maximizing utility to be the same thing as enhancing happiness.

These can be grouped into two general groups:

Here are 8 utilitarianism examples in business:

This is the practice of a business charging different prices based on affordability.

Wealthier customers get extra benefits such as in a train or airline’s First-Class ticket while the poor or low-paying are relegated to the economy or business class.

The higher price charged to the wealthy compensates for the lower prices charged to poorer customers.

By doing this, the business believes it is acting morally in a way that accommodates everyone but still maximizes its profits.

Companies that were behind the COVID-19 vaccines like Pfizer and Moderna applied for emergency approval for their vaccines.

This type of approval bypasses the usual process for full authorization that usually takes longer to get the drug approved as all risks are weighed.

Due to the already very urgent nature of COVID-19, emergency approval is considered to be more humane even though not all the risks have been investigated.

After weighing the risks to the health of one of their cars, Ford went ahead with the rushed production and launch of its Ford Pinto.

Ford estimated that the overall benefits would outweigh the bad for everyone leaving them in profit.

The car had known fuel leakage problems with its tank that could cause a fire but Ford marketed it for its superior style.

This was an example of a utilitarian decision by Ford which won it an advantage over rivals.

Sometimes a business such as a bank (having an important customer) or a hospital (treating a criminal) may withhold information about the client believing that it is in the best interest of all to do this.

For example, Apple declined to give the FBI software to unlock the iPhone of a suspected terrorist.

The FBI wanted information from the phone that it believed could help them foil imminent terrorist activity.

Whistleblowers are workers who report the wrong acts of employers. This can potentially harm the company.

However, a company may put into place policies for protecting and rewarding whistleblowers.

This could be in response to the bad reputation companies have gained for punishing whistleblowers who others felt were acting for the public good.

By doing this, the company believes it is morally correct as it will maximize the happiness of most people while protecting its name and profits.

A company may mandate vaccinations for its employees even though it may override the personal objections of some of its staff.

The company may do this believing it will enhance everybody’s safety and happiness. This conforms to utilitarian ideas.

In some cases, businesses may deem it worthy to deny certain requested services for individual clients or customers because it believes it is morally right.

A good example is when a dying patient asks to be treated with a particular medicine because of an incurable condition.

Even though nobody is sure the medicine will work or not and the patient is desperate and could die, the hospital may deny the medicine since it has not been proven to work.

A company may enact policies of transparency in which it commits its executives to give correct information when communicating with employees and the customers.

This is done even though it may occasionally seem to have short-term harm.

Utilitarian ethics is a moral philosophy that believes in actions that produce happiness for most people.

As we’ve seen from the above examples, its principles can be applied to many facets of life in business.