Are Glaciers Constructive or Destructive? 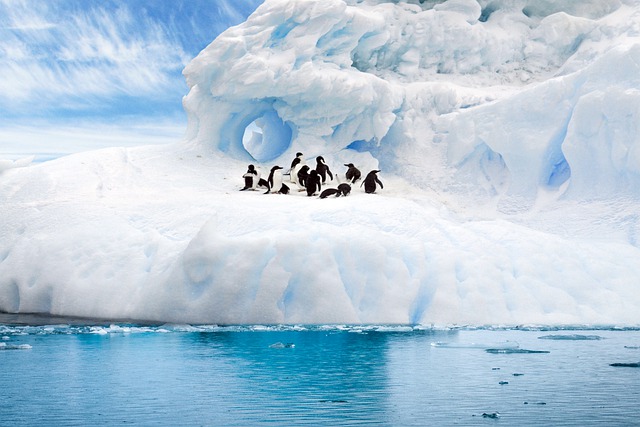 During winter, we see snowfalls everywhere.

When snowflakes accumulate over a long period, blocks of ice are formed.

Some of the ice melts when the temperature rises in lower altitude areas.

Ice in high-altitude areas can stay for a long time without melting because the temperatures are low.

As the ice accumulates to form large heaps, the ice on the surface exerts pressure on the ice beneath.

The high pressure causes the ice at the base to melt and start flowing.

The solid block of ice starts moving slowly over the landscape. Such a block of moving ice is called a glacier.

Glaciers flow very slowly, and their movement is not easily noticeable. They reshape the landscape and form new features over time.

Glaciers result in both constructive and destructive effects on the landscape.

How Constructive Are Glaciers?

Glaciers pick rock sediments from one place and deposits in other areas as it moves. It makes minerals and rocks available in places where they lacked initially.

Glaciers deposit rock sediments in a place continuously, resulting in new landforms. Eskers, drumlins, and kettle lakes are some of the features formed from the deposition of material by glaciers.

U-shaped valleys, hanging valleys, moraines, and glacial striations are some of the features formed when glaciers remove material from rocks.

Finally, glaciers protect the land beneath from erosion. The movement of glaciers is languid, and other agents of erosion like wind cannot affect land covered with ice. Erosion caused by glaciers is controlled and minimal.

How Destructive Are Glaciers?

Kettle lakes formed from glaciers can melt when temperatures rise. This poses a threat of flooding, especially in the nearby residential area.

When icebergs break from glaciers and settle underwater, they interfere with sea lanes. Ships are exposed to the dangers of capsizing from the altered sea lanes. A historical example is the Titanic, which capsized in 1912 due to iceberg and killed 1,503 passengers.

When glaciers detach from the rocks on the mountain, they roll down, causing massive destruction.

The gigantic ice flowing down the slope is called an avalanche. Avalanches destroy buildings, plants, animals, and human life along the mountain slope.

The materials carried along by moving glaciers block rivers from continued deposition in waterways. This results in flooding and the destruction of plants along riverbanks.

Dissolved minerals from glaciations alter the pH of the water in rivers. This poses a danger to aquatic animals and plants.

However, they provide beautiful scenery in nature.

As you view glaciers and the features they have created, keep a reasonable distance because you never know of the next avalanche.