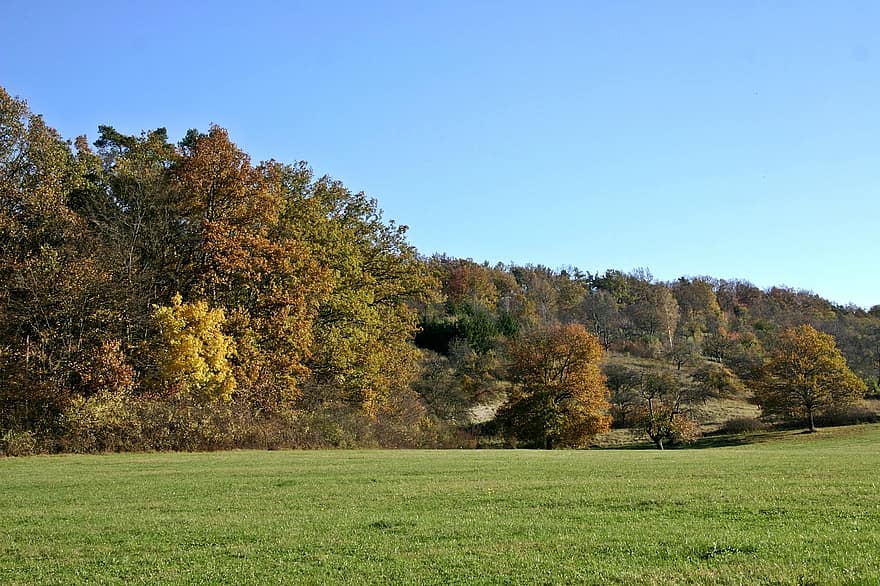 An integral tenet of contemporary conservation biology discourse is the ongoing biodiversity crisis.

Although biological factors such as disease outbreaks and fierce interspecies competition contribute to this issue, increased human activity is to a great extent the leading cause of this biodiversity crisis.

At the heart of this problem are edge effects that greatly disturb neighboring ecosystems.

What are Edge Effects?

An edge effect is the end result of an abrupt transition between two distinct natural habitats that are located within the same ecosystem and are adjacent to one another.

Ideally, edge effects are breaks in the continuity of neighboring habitats that cause changes in the habitats’ biological and environmental attributes.

Worth mentioning is the fact that different habitat edges have different attributes and effects on the ecosystem.

In some adjacent habitats, there is usually a smooth transition which allows for species from the two habitats to move freely across the edge due to minimized flow of physical and environmental variables.

For instance, certain species of fish can move freely within estuaries despite the difference between saltwater and freshwater.

How Does Edge Effect Affect Biodiversity?

Habitat edges commonly bring about changes in habitats’ biodiversity due to changes in variables, such as wind, predators, and sunlight, between the two distinct areas.

For instance, the edge between a forest and agricultural land is characterized by increased sunlight directed at the forest’s edge.

Additionally, forest edges are more prone to predators and more exposed to human activity than the forest’s interior.

As such, some animal species experience a decline in number as the edge exposes them to predator attacks and deaths caused by human activities, such as road accidents.

Wind can also cause massive changes in biodiversity since specific seeds are blown from the open spaces into the forest’s interior, causing a change in the plant’s population.

In other cases, some plants thrive in the drier and warmer conditions of the habitat edge, leading to increased vegetation cover at the edge than in the two habitats.

A Thinner Edge Effect is better for the Ecosystem

Given the aforementioned edge effects, it is evident that environmental edges are not suitable habitats for animal and plant species.

This is because they bring about adverse impacts including noise, temperature fluctuations, drastic changes in insolation, and wind exposure.

Therefore, species are more likely to choose the most homogenous habitat.

As such, a thinner edge effect is better for biodiversity since it minimizes the exposure of animal and plant species to these adverse factors, thus reducing changes to species population.

The number of woodland edges in the United States has reached a peak high in recent years largely due to increased urbanization.

Currently, forest edges make up around 25% of the US’s forest area. This change has brought about drastic effects to the region’s ecosystem.

A case in point is the city of Los Angeles which faces a mosquito crisis due to an insurgence of the invasive Aedes mosquito species which hails from the Angeles National Forest edge of the metro area.

Dragonflies, which consume mosquitoes, do not thrive on the forest edges whereas mosquitoes predominantly live on these edges.

More worryingly, they can transmit Zika and dengue, leaving the LA’s populace highly susceptible to these diseases.

Soummam valley, named after the Soummam River, is located in the Bejaia province in northern Algeria.

Apart from the Soummam river, which flows into the Mediterranean Sea, Soummam valley is also home to a vast tropical forest biome.

There is also a tarmac road traversing this valley that links Bejaia and Bouira.

The areas of Soummam valley where the road meets the subtropical forest are woodland edges.

Studies have shown that these edges have led to a significant decline in the number of atelerix algirus (Algerian Hedgehogs), an indigenous species, present in the Soummam Valley.

Approximately 38% of Algerian Hedgehogs are killed in motor vehicle accidents as they attempt to cross the Bejaia-Bouira road.

The majority of these road kills occur during summer and spring when migratory tendencies of Algerian Hedgehogs are highest, as opposed to winter.

In her 2015 publication, Braiding Sweetgrass, Robin Kimmerer explains how the boundaries between Kerncliff forest and King Road in Burlington, Ontario are endangering the ambystoma maculate species, also known as the Jefferson salamander.

As the warmer fall season begins, Jefferson salamanders wake up from their hibernation under logs and go to temporary ponds for breeding purposes.

Unfortunately, due to the woodland edge, these creatures are forced to cross the heavily trafficked King Road to reach the ponds.

Unlike other ambulatory species, such as frogs, the 20-centimeter-long yellowish salamander moves very slowly and can only migrate at night.

Consequently, the recent past has seen a high mortality rate of Jefferson salamanders in Burlington as they are killed in great numbers by motorists using King Road.

The Brown-headed cowbird, scientifically known as the molothrus ater, is a parasite bird species native to most parts of Canada and the USA.

However, with growing deforestation in these North American terrains, this bird species is increasingly causing a decline in neotropical migratory (NTM) songbird species.

In most cases, the latter takes advantage of songbird nests located on woodland edges due to ease of access and their proximity to agricultural lands where cowbirds get a steady supply of insects.

As a result, the invasive brown-headed cowbird species continues to increase in number as migratory songbird species decline.

A perfect example of this decline in NTM on account of blue-headed cowbirds is the Carson National Forest in New Mexico where woodland edges neighbor the Angele Fire, Questa, Red River, and Eagle Nest towns.

The Amazon Conservation Association estimates that 17% of the Amazon is currently deforested, meaning it is close to reaching its tipping point of 25%. As such, the rainforest’s edge is rapidly growing.

Research on the micro-climate impacts of these forest fragments shows that the damage from woodland edges extends up to around 100 feet into the Amazon rainforest.

Among the major threats to the Amazon emanating from its edges is an increased risk of wildfires.

Trees at the woodland’s edges are exposed to more sunlight, making them drier than those inside the forest.

Additionally, these edges experience an increase in the undergrowth which in turn acts as fuel during forest fires.

Usually, the interior of the rainforest has minimal undergrowth since very little sunlight reaches the ground floor.

However, with increased woodland edges in the Amazon, the rate and risk of damaging forest fires are significantly high.

The Sand Plain Mallee eucalypt woodland is located in the southwesternmost region of New South Wales in Australia.

Within this vegetation cover are the Triodia Mallee and Chenopod Mallee.

In the latter, the ground cover is more productive than the former, thus having more moisture and a higher amount of vegetative shade.

Consequently, the difference in vegetation leads to an edge effect that is more detrimental to Triodia Mallee than it is to the Chenopod Mallee given that the former is more flammable, and thus is more susceptible to fire damage.

Despite their closely knit boundary, Triodia Mallee is significantly burnt down while the adjacent Chenopod Mallee remains productive.

Black Arches or the nun moth, scientifically known as lymantria monacha, is a tiny Palearctic moth that is commonly found in parts of Europe and the United States.

It is reputed as one of the most notorious forest pests since it lays its eggs on tree trunks, which later hatch into wood-burrowing larvae.

This tree trunk damage also has a high risk of secondary infections caused by bark beetles, fungi, or longhorn beetles.

Historically, forest predators and the forests’ cooler climate helped control the population of this forest pest.

However, increased deforestation across North America and Europe has led to increased forest edges which give these pests more access to tree trunks.

More worryingly, the woodland edges’ warmer climate speeds up the Black archer’s life cycle while slowing down that of the larvae which normally hatches on the forest floor.

A study of the impact of edge effect on habitat suitability showed that the Rufous-Capped Motmot, scientifically referred to as bayiphtengus ruficapillus, has a tendency to avoid forest edges.

As such, increased deforestation, which in turn increased woodland edges, has led to a steady decline in this bird species population, especially in the Paraguayan and Argentinian Atlantic Forest.

This huge and colorful bird is accustomed to living in the dense forage of the Atlantic Forests.

It feeds on insect species found inside the forest and it customarily burrows in breeding nests in deep first-growth forest grounds.

Therefore, the Rufous-capped Motmot cannot thrive in the open spaces of forest edges due to limited food sources and open ground cover, causing a significant threat to its population on account of increased deforestation.

In sum, edge effects are alterations in characteristics of specific biodiversity experienced at the boundary of two distinct environments.

Edge effects disrupt continuity in these habitats, ultimately affecting the range of species available and altering the biodiversity.

These changes are caused by an increased flow of physical variables including sunlight, wind, noise, and predators.

Some notable examples of edge effects include the King Road/Kerncliff Forest in Burlington, increased edge avoidance by the Rufous-Capped Motmot in the Atlantic forest, and increased deforestation, thus edge damage, of the Amazon Rainforest.