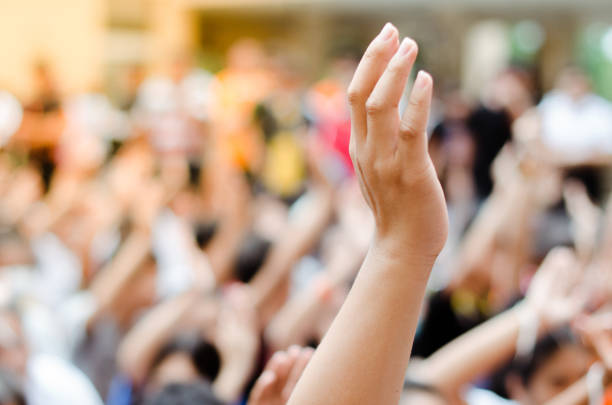 A pseudo-democracy, also known as tactical liberalization, is a political order designed to put on a democratic façade.

Such regimes imitate a democratic system by holding regular political elections without any genuine intentions of offering the country’s citizens a voice.

In most cases, a ruling party consolidates power with an aim of monopolizing the state’s political arena.

Some of the tactics used by pseudo democracies to achieve this anti-pluralist goal include media censorship, coercion, patronage, and manipulation of the election process.

As evidenced by nations that have embraced this political ideology recently, such as Nicaragua, election tampering is a fundamental instrument used to entrench pseudo-democratic ideals.

Some strategies used include fixing polls, informal selection of election candidates prior to the elections, stage managing campaigns, and demobilizing the electorate.

Advantages and Disadvantages of Pseudo Democracy

They did not try to look like liberal democracy, instead opting to implement a totalitarian regime with no limits to the overlord’s authority.

They put significant effort into building a democratic façade for multiple reasons.

Top of the list, pretending to be a democracy gives the regime a domestic advantage that would otherwise be impossible in a fully authoritarian regime.

Such leaders create an illusion of a liberal regime to win the support of its citizens.

Under a democracy, the state is required to allow its citizens fundamental freedoms and offer them ample protection.

Therefore, holding elections, albeit unfair, enables the government to pretend to offer these freedoms to its citizens thereby winning local support despite being a largely authoritarian regime.

This domestic advantage is further supported by the government’s populist rhetoric.

Populism is a political style where leaders appeal to ordinary citizens, especially those who feel undone by the established aristocracy.

Creating a partially democratic system of governance enables leaders to garner the majority’s support while still maintaining an authoritarian hold on the country’s leadership.

It is not uncommon for authoritarian nations to get cut off from the global economic and political landscape due to their failure to provide their citizens with basic civil liberties.

For instance, the European Union has in the past imposed strict economic sanctions against Russia and China on account of the countries’ authoritarian practices, such as invading Ukraine and Taiwan, respectively.

Pseudo democracies do not risk facing such sanctions from the international community as their partially liberal systems of governance qualify as the bare minimum for democratic ideals.

Although citizens take part in elections, they are not allowed to express their voice as the government rigs or manipulates the results to consolidate and validate the incumbent’s power.

Additionally, other parties are excluded from elections using various strategies, disqualifying any hopes of pluralist politics.

By and large, the people are excluded from the country’s political sphere as the government strives to monopolize the entire system.

Once in power, pseudo-democracy regimes assert their control through illiberal measures.

A case in point is how journalists are commonly prohibited from expressing any dissent against the government through state censorship.

The people are denied their civil liberties as the leadership attempts to impose its authoritative influence on the nation.

In full democracies, political institutions, such as the parliament, are put in place to ensure citizens from all parts of the country are accorded their basic rights as stipulated in the constitution.

However, pseudo-democratic regimes gradually use their power to weaken these institutions, systematically repressing the people’s freedoms while affirming their authority.

Nicaragua is the epitome of pseudo-democracy.

Daniel Ortega has been the president of this Central American state since 2007. He is renowned for creating a democratic façade designed to keep him in power perpetually.

While Nicaragua’s constitution requires elections to take place periodically, Ortega uses his authority to bend the rules to his favor.

For instance, in the recently concluded 2021 polls, President Ortega limited election choices by using the judiciary to bar the main opposition party from participating in the national elections.

A ruling passed by the court days before the elections blocked the CAL (Citizens Alliance for Liberty Party) from presidential elections based on bogus claims of dual citizenship.

Additionally, Ortega has pushed some of his critics into exile while detaining others. Independent media houses are also hushed through intimidation.

The Kim family has been in power since ending Japan’s rule of North Korea in 1948, making this one of the longest-serving dynasties in the world.

He is a full-scale authoritarian who assumes totalitarian power over all aspects of governance.

For instance, the SPA (Supreme People’s Assembly), North Korea’s parliament and only legislative organization, has no power in the country’s affairs.

Jong-un’s party machinery writes up the bills while the SPA approves them as a mere formality.

Like many other pseudo democracies, these elections are a kind of theatre.

Ballot papers only have one candidate and there are no boxes to fill.

Voters are required to simply drop the ballot paper into a ballot box and proceed to celebrate outside the polling station.

Worse still, North Korean law deems it mandatory for all persons above the age of 17 to vote.

As such, voter turnout is always very nearly 100% and the incumbent regime always wins unanimously.

State media is also required to portray elections as a celebratory event while the secret police are tasked with intimidating or arresting any dissenters.

Although the country is considered a democracy, Maduro uses state machinery to intimidate the opposition and deny the people their basic rights.

For instance, in the 2020 elections, Maduro repressed the opposition party, the United Socialist Party of Venezuela (PSUV), by commanding military personnel to bar its members from entering the parliament chambers for voting.

During the period leading up to the elections, Maduro ordered multiple extrajudicial killings and arbitrary arrests as he attempted to cut off any dissenting groups.

Several activists, members of the opposition, protesters and journalists were affected by this crackdown.

In the long run, Maduro’s ruling majority won a whopping 91% of the National Assembly positions.

Today, Venezuela is ranked as the 14th worst country in the global democratic freedom score.

To sum up, pseudo-democracy is a political façade where leaders create an illusion of a liberal state whereas the regime largely relies on an authoritarian system of governance.

Such hypocritical regimes use elections to confer legitimacy on their reign.

As part of their show of a democratic state, these governments allow elections to take place but use manipulating techniques to repress the people’s voice, maintaining their power.

Some notable examples of pseudo democracies in the contemporary socio-political environment include Nicaragua, Venezuela, and North Korea.