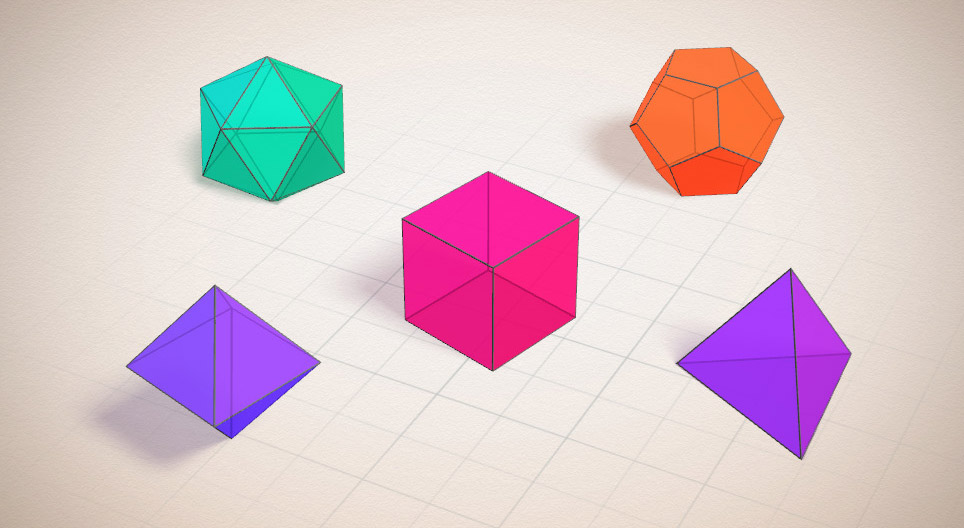 The short answer is: No. There are only five platonic solids in nature and no hope of inventing the sixth.

Platonic solids are geometric shapes where all the faces are identical. All the faces also meet at the same three-dimensional angles.

The five platonic solids include:

These solids are the most symmetrical shapes in the universe.

The Shapes of Platonic Solids

On the other hand, the cube requires six congruent squares, while the dodecahedron requires twelve congruent pentagons.

These five platonic solids are named after the ancient Greek philosopher called Plato.

He was first to hypothesize that classical elements (fire, water, air, and earth) are made of regular solids.

The cube is associated with the earth. The little pieces of earth crumble and prick in your hands like little cubes.

The octahedron is associated with air. Its small components are too smooth to feel.

Heat is associated with a tetrahedral as it feels like stabbing on the skin.

Finally, water is associated with icosahedron as it tends to flow out of hand like some tiny balls.

Plato hypothesized that gods who arranged the constellations in the heavens used the last platonic solid, the dodecahedron.

The concepts in platonic solids are used in technology. For example, icosahedrons are vital in geophysical modeling, while tetrahedrons are commonly used in electronics.

Several other furniture pieces and fittings use these shapes to achieve symmetry, save space, and enhance functionality.

There is no chance that there will be a sixth platonic solid. The five that exist are associated with elements of nature and the heavens. They also permeate all the facets of our lives.