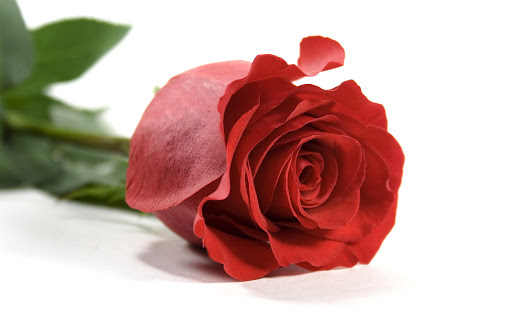 In literature, symbolism is the use of objects for the purpose of portraying a different and deeper meaning of the story.

Volpe (101) argues that symbols are representative of the qualities or ideas that the writer includes in their story to depict the underlying layers of meaning.

As evident in A Rose for Emily, stories can have more than just one symbol. It is the duty of the reader to uncover and interpret the meaning represented in the symbols and their relevance to the story.

The use of symbolism in A Rose for Emily helped lend meaning, depth, and detail to the story.

The use of symbolism in the short story also provides mental images that help in connecting and comprehending the message that the author intends to put across.

The rose is the predominant symbol that is used in A Rose for Emily.

Often, the rose is associated with love. In the story, it is seen that her father chases away each of the lover that she ever has (Fargnoli, Golay and Hamblin 243).

This frustration to a lasting lover makes Homer become a rose to her; therefore, she loves and cherishes him.

When her husband dies, it appears that Emily’s rose has withered and she makes a desperate effort to conserve it (Harrington and Abadie 277).

However, while Homer could have been the rose’s scent that she cherished while he was still alive, his decomposing corpse does not produce a pleasant smell that she would have loved.

Therefore, Homer is the rose in this story because of the life and love that he shared with Miss Emily.

The symbolism used in the story reveals the collective reluctance in people to tackle a problem that may demand confrontations in order to solve them.

For instance, the townspeople in the short story are concerned by what happened to Homer but they are not willing to confront it head-on even though it is negatively affecting them.

Therefore, they go sprinkling lime around the house of Miss Emily so that they can cover the horrid smell of decomposing bodies that emanate from there.

The lime causes the awful smell of Homer’s decomposing body from permeating into the streets (Fargnoli, Golay and Hamblin 243).

This symbol is reflective of the tendency of people to shy away from solving problems that demand confrontation but rather resorting ways around it, which could include covering up the wrongs committed.

They could have reported the matter to the authorities or confronted Miss Emily with demands that she needs to properly dispose of her husband’s body.

Besides, symbolism also demonstrates the tendency of people to resist change, especially when the things, ideas, or belief that defined their lives as great in the past are now challenged by new trends and norms.

This is depicted in the sartorial elegance of Miss Emily which is reminiscent of her glorious past. For instance, Miss Emily wears a gold watch around her neck and particularly when she is confronted with her taxes.

The watch descends so low on the chain that it is concealed by her belt; however, its constant ticking can still be heard clearly (Volpe 103).

This particular watch symbolizes the reluctance of people such as Miss Emily who detest the passing of time, particularly because of the changes that it brings, which questions or rather invalidates their erstwhile glorified stations in life.

In wearing the gold watch, Emily is putting a show of her undying belief that she is still the royalty in town and possibly above the law (Fargnoli, Golay and Hamblin 244).

She still basks in the past in which her family was revered for their wealth, which is diminishing in value as time progress.

In the same vein, the house that Miss Emily lives in is reflective of the Old South, and it is the remaining one of its kind, juxtaposed against a surging modernity that threatens to swallow it up.

Evidently, the house becomes an eye-sore because it is not given the maintenance that it needs.

The narrator depicts this by saying that it was only Emily that was left in it, handling stubborn and coquettish decay amongst the gasoline pumps and cotton wagons.

It is a stubborn attempt to maintain the old with least effort against the glare of the advancements that modernity brings with it.

Symbolism in A Rose for Emily: Conclusion

In sum, there are numerous objects in A Rose for Emily that the narrator elected to use to enhance the richness of the narrative.

With the use of these symbols, the narrator succeeds not just to paint vivid images in the mind of the reader but to also provoke thought on the underlying relevance of the objects highlighted in the story.

In essence, the use of symbolism provides mental images that are thought-provoking for the readers making them active participants in the narrative in the quest of unraveling the underlying meaning.

Besides, symbolism in the story reveals the apathy of collective action in handling social problems and the resistance to change amongst the aging in the face of a fast-changing world.

Therefore, symbolism, as applied in this short story, is quite relevant in lending meaning, detail and depth into the story.

The Boffins Portal Team
Boffins' Portal is your free expert-created education content website. We provide engaging content using simple terms, plenty of real-world examples, and helpful illustrations so that our readers can easily understand and get informed in less time.
RELATED ARTICLES
Other Questions