HomePhysicsWhat are Two Properties of a Light Wave that Make Color?
Physics

What are Two Properties of a Light Wave that Make Color? 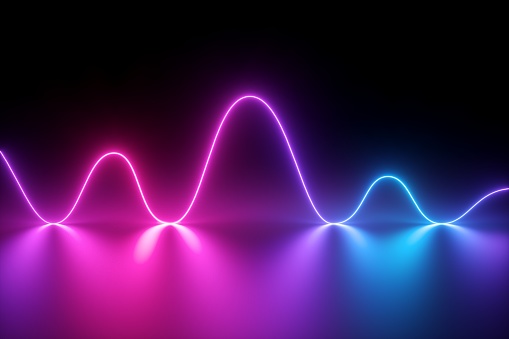 Colors give our surroundings a rich appearance but how are they actually produced for us to see them?

The part of the electromagnetic spectrum (EMS) that our eyes can see is what we call light.

But visible light (i.e., white light) is itself made up of a spectrum of 7 lights of different colors. These are the colors that make up the rainbow.

Each of these colors is different because they have different wavelengths. For example, red has the longest wavelength and lies at one end of the light spectrum.

Blue/violet has the shortest wavelength and lies at the other end of the light spectrum.

All the other colors have wavelengths that lie in between the two extremes.

The two properties of light that make it possible for light to create color for us to see are:

Light always travels in straight lines. When it hits an object, it bounces off to travel in various directions. This is called reflection.

The reflected light that reaches your eyes, carries the information about the object. This includes characteristics of the object such as shape, size, and color.

When we see objects around us having color,  it is because the materials that they are made of absorb or reflect some of these colors.

For example, a red ball appears red because when white visible light strikes it, it reflects back the red portion of the white light.

The rest of the colors are absorbed by the ball. Therefore, we only see the red light and the object has a red appearance.

When we see a white object, it’s because the object reflects all the colors without absorbing any.

So, it reflects white light which makes us perceive the object as white.

When we see an object being black, it’s because it absorbs all the colors and reflects no color back. So, we see it as black. Black actually means the absence of color.

Through the property of dispersion, white light can be split to reveal its different color components by passing it through a special object.

For example, we can shine white light through a prism. This is a solid object that is made of glass or plastic.

However, the entire light does not bend in the same way. The different colored lights in the white light change their speeds differently. This causes each different color to bend at different angles.

As a result, a spectrum of colors is produced consisting of seven colors. The shorter the wavelength of the color, the larger the angle by which it bends (and vice versa).

Since violet light has the shortest wavelength, it bends the most. Red light bends the least since its wavelength is the longest.

A similar thing happens when rainbows are formed. White light from the sun strikes the millions of airdrops in the sky which are like miniature prisms. This splits the white light into its familiar rainbow pattern of colors.