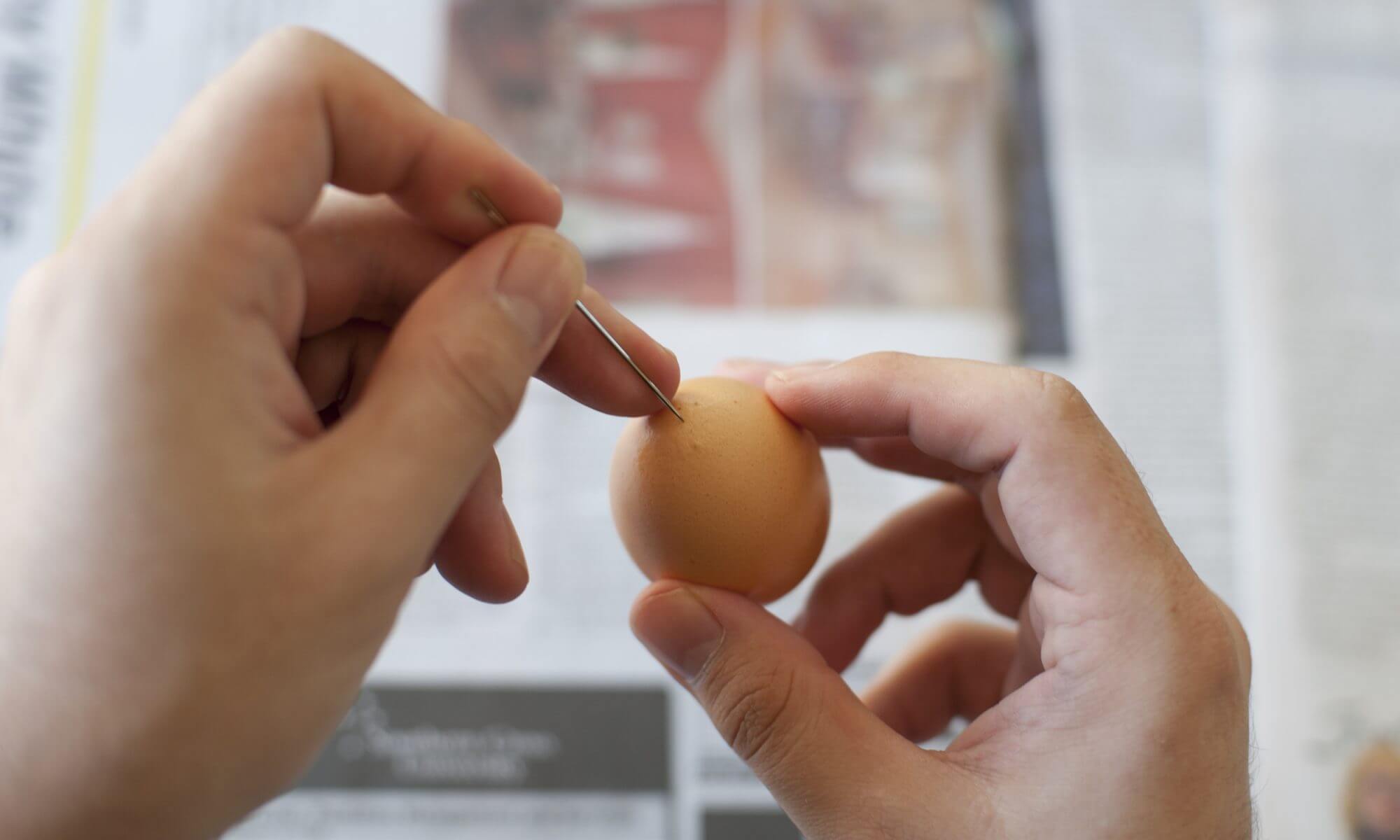 In his highly acclaimed book, Antifragile: Things That Gain from Disorder, Nassim Taleb puts forth the thought of flourishing in chaotic environments.

He argues that while resilient beings or systems can withstand chaos, their antifragile counterparts thrive in spite of the chaos.

Taleb’s argument is in line with the long-established truism that what does not kill you only makes you stronger.

It pushes the understanding that rather than avoid stressors, it is better to embrace them with a view of rising above and excelling.

This unique mindset creates an anti-fragile framework that builds an individual’s or a system’s capacity to succeed when exposed to stress.

The concept applies to many aspects of life. Some notable examples include:

The human muscle system is a great example of antifragility.

When people hit the gym, one of their main goals is to increase the size of their muscles.

The process by which continuous exercise helps the body’s muscles to grow is known as muscle hypertrophy.

In response, the body fuses damaged fibers as a way of mending them, ultimately increasing the size and mass of muscles.

As an anti-fragile system, the human muscle system grows in capacity when exposed to increased levels of stress. This is because muscles require ample exposure to physical stressors in order to increase in size.

Human evolution, as discussed by Charles Darwin, is also a result of anti-fragility.

The human body, from the head down to the tailbone, is a history book full of intricate details describing our evolutionary past.

For instance, the human hand’s musculature evolved from locomotion adaptations to adaptations designed for handling tools.

Evidence of this transition is the palmaris longus which is shorter or absent in human beings and longer in mammals that use their hands for walking.

Mankind’s genetic code was able to morph over time to enable human beings to survive the hardships that came with life changes, most notably the growing need to use hand tools.

Therefore, evolution is largely a result of the human body’s antifragility as it built extra capacity (evolutionary adaptations) in response to stressors of a changing life, allowing human beings to survive while some creatures became extinct.

Another sector where antifragility is currently applied is the travel industry.

Having learnt from the chaos that rocked hotel businesses during the COVID-19 pandemic, these establishments are today adopting an anti-book feature for online reservations.

This is an AI-enabled website robot that recycles and negotiates bookings with customers in case of unexpected disruptions.

It is not uncommon for ‘book’ buttons on hotel websites to fail during chaotic events.

As such, the anti-book feature steps in by recycling booked appointments in that it automatically resells, donates, or exchanges bookings to suit each traveler’s situation.

Also, anti-book negotiates special rates or arrangements with clients based on the nature of their hardships.

This ensures that the hotel does not lose any business and travelers do not lose their money during chaotic events.

By and large, anti-book is highly antifragile as it helps the travel industry thrive when exposed to uncertainties.

Barbell strategy is a conservative investment system aimed at hedging investors against risk during market upheavals while increasing potential yields.

As opposed to the bullet strategy where investors place all their cash into a single investment, the barbell strategy involves investing in different market segments—high-risk and low-risk sides.

More importantly, the investor will not be compelled to reinvest at reduced rates in case of a fall in market rates, ultimately making the investment highly antifragile.

The human brain also works as an antifragile system.

Neurobiological research shows that human behavior is shaped by punishment and reward systems within the brain.

When someone gets rewarded for a deed, the brain automatically reinforces its mental patterns to categorize this action as good for the person’s well-being.

Conversely, when a person gets punished for action, the brain automatically marks this deed as unfit for their wellbeing.

Eventually, the brain creates a mental pattern designed to ensure the person thrives, even during chaotic periods, by abiding by the rewarded actions and abandoning the punished ones.

Put differently, the brain’s reward and punishment systems build extra capacity for a person to thrive regardless of their environment.

Fail often is an innovation principle whereby developers experiment multiple ideas, most of which are expected to fail.

Herein, all ideas that pass are immediately shipped to the market for customer feedback while the majority, those that fail, are further investigated or retested to help developers acquire more knowledge on the product.

In this case, failure is not an issue but rather the key ingredient required to help developers come up with valuable methods or products.

This is an antifragile system of innovation given that it uses failure to facilitate success in product or method development.

Among these labors was to kill the Lernean hydra; a massive swamp beast with nine heads.

During the Hercules and hydra fight, the former used his club to attack the latter’s many heads.

However, for every head that Hercules bashed in, two more grew in its place.

The hydra’s unique defense mechanism is a form of anti-fragility given that it would build more capacity to fight with every blow it received.

In essence, the Lernean hydra thrived more in the face of defeat, making it optimally antifragile.

These are 7 savanna grasslands at Trinidad’s centermost region.

The Aripo savannas are renowned for their watertight hardpan layer of clay soil which brings about severe droughts and flooding seasons, while also limiting the growth of plant roots.

Consequently, these savannas are considered hostile habitats for living things.

However, the Sundew plant and Morishe Palm have adapted uniquely to this harsh environment by turning carnivorous and developing strong roots able to penetrate the clay hardpan, respectively.

Today, these plants thrive exceptionally in the Aripo savannas.

The Sundew plant and Morishe Palm exhibit high antifragility since they developed added capabilities to grow thanks to the habitat’s hostile attributes.

The United States special operations force, the Navy SEAL (Sea, Air, and Land), are one of the most tactical and elite policing entities in the world.

They are dreaded for their unique ability to efficiently carry out reconnaissance missions aimed at neutralizing enemy threats.

However, their top-notch efficiency is a result of their ferocious training program.

To qualify, Navy SEALS should be able to do at least 70- push-ups, 60 curl-ups, swim 1000 meters using the sidestroke method in less than 20 minutes, and run 4 miles in less than 30 minutes.

As such, their training has a culture of brutality that takes a toll on most participants.

11 recruits have died in the course of Navy SEAL training since its commencement in 1953 due to the program’s exceedingly high demands.

Nonetheless, this brutal training is what makes the Navy SEAL one of the most auspicious police forces on the globe.

The hardship these officers undergo is a necessary requisite for their overall success.

It breeds a sense of antifragility wherein they conduct their missions accordingly after going through this back-breaking training.

It specifically holds that the current age of a person or a thing dictates the item’s or person’s life expectancy.

Ideally, the older the age, the higher the life expectancy.

This theory is founded on antifragility. It notes that older objects have undergone more conditions that make them fitter, than younger objects, for the possible future, hence are more likely to survive.

Therefore, exposure to harsh conditions for longer periods adds to a person’s or item’s capability to thrive in all conditions.

In sum, antifragility is all about developing power or success from disorder.

It is a concept denoting that success is a consequence of a system’s or person’s positive adaptations to chaos, disruptions, volatility, or shocks.

This concept is particularly important in today’s highly volatile society with recent upheavals, such as Coronavirus and Hurricane Ian, posing a significant risk to the entire society.

Rather than adopt risk-avoidance, contemporary society should take on an antifragility strategy aimed at using this chaos as a stepping stone to success.

The hotel industry is already in the process of adopting antifragile mechanisms, such as the anti-book AI robot, to ensure success in the face of future chaos.

It is imperative that other industries make similar changes to ensure perpetual success and added resilience across the scope.