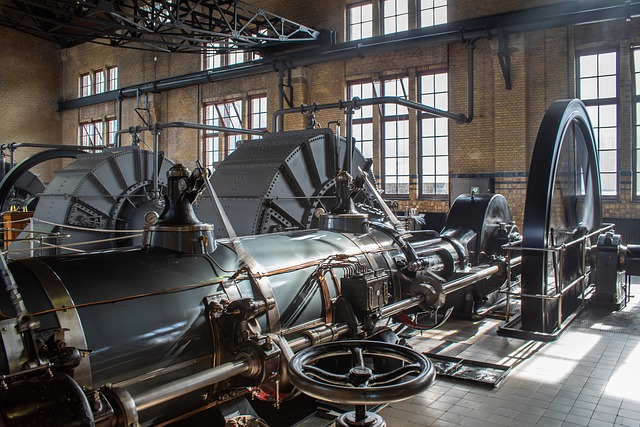 Energy is the capacity to do work. It plays a vital role in modern life, driving many of our technological and industrial processes. Energy comes in different forms, including:

Depending on the type of work you want to perform, some forms of energy are more useful than others. But when you are stuck with just one form of energy, it limits what you can do.

Fortunately, it’s possible to convert one form of energy from one form to another.

Whenever you transfer energy and make another object perform work, it results in energy conversion. For example, when you make conversions to mechanical energy, it results in objects moving.

Energy cannot be created or destroyed but it can be converted so that it is transformed from one form to another.

Let’s take a look at 10 examples of how chemical energy can be converted into mechanical energy.

1. Conversion in a Car Engine

Gasoline or diesel fuel has a dense amount of chemical energy. This is stored in the atoms.

When ignited and compressed in the engine through a spark and air mixture, it produces an explosive force due to the release of energy from the fuel.

This chemical energy is thus turned into mechanical energy which turns the car wheels and causes the car to move.

2. Conversion in a Thermal Power Plant

In these plants, heat energy is released from chemical energy that is found in coal, oil, or natural gas. This is then converted into mechanical energy by causing turbines to be turned.

The turning turbines drive an alternator which can then be utilized to produce electricity for distribution.

3. From Food in the Human Body or Animals

The food that you eat contains energy that is stored in the chemical bonds of its atoms. This can be converted into mechanical energy when you move your muscles or engage in movements such as walking.

4. Conversion in a Steam Engine to Drive a Train

In a steam engine train, fuel such as coal is burned and the heat energy produced is used to boil water.  This causes water to convert to steam and expand dramatically in volume. The force of the expansion is directed to drive a train through mechanical energy.

5. Conversion in a Digital clock

Chemical energy carried by a battery is converted into electrical energy.

This energy is then converted into mechanical power when electric pulses activate a small electric motor.

This motor drives gears which cause the clock’s hands to move.

6. Conversion in a Diesel generator

Diesel generators are useful machines for generating electricity. For them to do this, it’s necessary for chemical energy found in diesel fuel to be released and converted into mechanical energy.

It is this mechanical energy that is then used to cause a crankshaft to rotate and produce electricity.

A crankshaft rotating in a magnetic field induces electric charges which produce electricity.

7. Conversion in a firing gun

When a gun is fired, the chemical energy in the powder converts into mechanical energy when it explosively changes from solid to gas.

This forcefully pushes the bullet through and out of the barrel at rapid speed.

A firework works by causing a missile (also called a charge) to explode and shoot in the air, creating an impressive colorful display.

The firework contains chemical energy in the form of black powder.

When ignited, this energy is released and converted into 4 other forms of energy that include sound waves, light, heat, and mechanical energy.

A downward force is produced which causes the missiles to blast off upward as a result of Newton’s reactive thrust principle.

9. Conversion in a Rocket Engine

Rockets are quite heavy and need powerful propulsion to lift them off the ground and into space.

The energy to perform this feat comes from chemical energy contained in fuel carried by rocket.

When the fuel is burnt or ignited, massive heat energy is released causing gas to be ejected vertically downward at high speed.

According to Newtons’s principle, that action causes an equal but opposite action. This causes an opposite and equal force to act on the rocket pushing it upward.

10. Conversion in a Jet Engine

Modern planes are powered by a special kind of engine called a jet engine.

This provides propulsion to the plane by expelling a gaseous substance that creates thrust.

The ejected substance is caused by burning jet fuel in the jet engine.

Energy conversions are processes where energy can be transformed from one form or another. In this article, we have looked at 10 ways chemical energy is transformed into mechanical energy for various useful applications.

10 Conversion of Electrical To Mechanical Energy Examples in Real Life