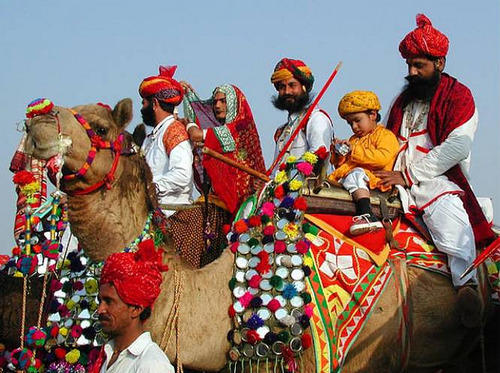 The mystery surrounding these glacially-derived rocks is not their gigantic size, but rather their deceiving appearance.

Only 10% of an iceberg floats above the water surface, while the remaining 90% remains underneath the surface.

Therefore, it is impossible to determine an iceberg’s size in its entirety by simply looking at the surface. It is a case of peeling the onion to learn the whole truth.

This is a befitting analogy for culture as it also contains deep and surface elements, with the latter being more visible.

Surface elements, such as fashion and cuisine, make up only 10% of culture, while deep elements make up the crux of any cultural heritage.

While the more observable surface elements are important, it is the underlying deep elements that give people a profound sense of belonging that transcends tangible items or physical distance.

Below is a detailed description of this cultural spectrum and 10 in-depth examples of deep culture elements.

What is Deep Culture?

In contrast, deep culture represents the crux of cultural heritage. These are implicitly learned tenets of culture that make up the subconscious or internal part of the culture.

It comprises a community’s values, predispositions, and values, all of which underlie the people’s behavior.

In most cases, deep culture occurs naturally given that its elements are passed down from one generation to the next as is traditionally mandated by the cultural group.

It comprises innate attributes that are ingrained in the people’s consciousness.

Ideally, these are cultural elements that go beyond what meets the eye.

People from other cultures cannot internalize elements of deep culture at first glance.

Other than being born into a specific culture, strangers can only understand deep culture through extended exposure to its different elements.

Some common examples of deep culture include:

Among the most fundamental aspects of culture that go beyond the superficial layer are separate roles or responsibilities assigned to men and women.

It is impossible to differentiate between a patriarchal and a matriarchal culture at face value.

Gender roles are deeply ingrained into a culture’s belief system and take root in all aspects of people’s lives.

For instance, beyond the hijabs and dishdashas worn by members of the Arab community is a highly patriarchal cultural setup.

In India, the Khasis of Meghalaya are known for wearing their traditional Jymphong attires.

The values and beliefs held in different cultures influence how parents bring up their children.

American culture values financial and personal independence. Therefore, parents teach their children to be rational human beings capable of making decisions by themselves.

Inversely, Indian parents are more focused on their traditions and heritage. They teach children to respect elders, to be responsible, and more importantly, to always abide by Indian culture.

These practices are elements of American and Indian deep cultures since they are not openly visible to people from other cultures.

The word “taboo” is a derivative of the word “tabu”, a Polynesian term referring to a forbidden item.

As such, taboos are cultural codes of conduct designed to govern the behavior of people within a specific community.

These laws are based on a culture’s unique value system.

For instance, in Thai culture, the foot is considered an unclean body part. As such, it is a taboo to point at someone using your foot.

Different cultures observe different taboos, all of which are deeply ingrained in the people’s cultural beliefs.

Richard Levine, a highly acclaimed American Psychologist, conducted a study whereby he spent time in different cultures to understand the differing attitudes towards time maintained by people from different cultures.

He concluded that cultures in more developed nations are fast-paced, while those in developing or underdeveloped states are slow-paced.

In the United States and other economically advanced cultures, time is considered a valuable asset.

In contrast, other perceivably inferior cultures observe a more laid-back perception of time as they prioritize other aspects of life such as family.

These different perceptions are best illustrated by culture-specific sayings such as “time is money” in American culture, and “tomorrow is another day” in other cultures.

In the business world, organizational culture refers to the expectations, practices, and values that guide the activities of company employees.

Just as is the case in social life, business cultures are also divided into deep and surface elements.

Surface elements are tangible and include aspects of the business such as the company logo.

While the company logo is visible to every Tom, Dick and Harry, work-life balance is only visible to employees or people involved in the company’s activities.

This element of deep culture refers to the degree of balance between career and personal goals among company employees.

Kinesics is a branch of non-verbal communication that focuses on interpretations of gestures or body movements.

In America, for instance, it is okay to point at people using the index finger. However, this gesture is considered obscene in Chinese culture.

Unless you are born into a culture or have experienced it for a long period, it would be impossible to discern the different perceptions of friendship in different cultures.

While friendship is a universal concept, some cultures hold greater significance to such companionships than others.

Russian and Western cultures consider friendship to be of immense value as evidenced by cultural sayings such as “instead of 100 rubles, it is better to have 100 friends” (Russia) or “a friend in need is a friend indeed” (America/England).

Inversely, in Spanish cultures, people have friends but there are limits to any friendship.

Die-hard friendships are considered problematic since it is believed people are only responsible for their individual lives and not their friends’ lives.

In essence, religion is a systemic cultural manifestation of people’s attitudes toward spirituality.

For instance, Arab cultures are founded on Islam wherein Allah is the Supreme Being, while members of Hindu culture believe in multiple deities, most notably Devi, Vishnu, and Brahma.

Another deep-seated element of deep culture is marriage and courtship.

However, some eastern cultures give precedence to traditional medicines.

By and large, deep culture refers to unconscious assumptions that make up a group’s dispositions and values.

Contrary to surface culture which is identifiable through touch, sound or sight, deep culture is deeply ingrained in the people’s mindset and is not easily discernible.

Individuals learn about these elements by getting born into a particular culture as they are traditionally passed down through peer groups.

It is all about what lies underneath the more visible tenets of culture and the basis for cultural identity.