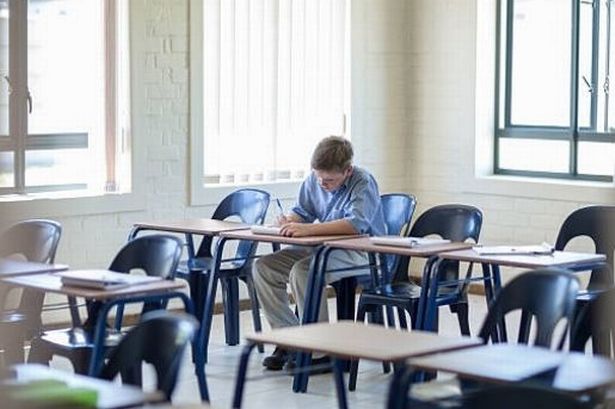 Have you ever composed a sentence using the first letters of names in a list? Such sentences are called mnemonics. They help us to memorize new concepts and keep them in our long-term memory.

The process of creating a way that helps you memorize information and retain it in your long-term memory is called elaborative rehearsal.

It involves organizing new information, thinking of perfect examples, creating images in your mind, and coming up with ways to memorize and maintain it in your long-term memory.

By associating new information you are trying to grasp with examples, images, and things you are already familiar with, you help the brain process the information in a more profound way.

Here are ten examples of how you can use elaborative rehearsal in your everyday learning activities.

1. Composing Study Questions and Answering Them

While studying a concept or a process like digestion in human beings, you can come up with questions such as;

After studying the process, you can answer the questions and gauge how much you have memorized.

2. Rewriting Information in Your Own Words

After studying a concept, you can write it down in your own words and explain it to your friend.

An example is the extraction of sodium from rock salt. After studying how the process takes place in the Downs cell, you can write down all the steps and try explaining them to your friend.

Some concepts are better memorized in groups according to the categories to which they belong.

An example is the study of human anatomy. There are 206 bones in an adult human being’s body.

Memorizing all these bones will be more accessible when grouped into categories such as the part of the body where they are found.

Colored images tend to stick to our memories faster than simple diagrams in the study guide.

When studying the seven colors of a rainbow, for instance, you can draw a rainbow diagram and paint it using the seven different colors.

While using the different colors, their positions on the rainbow will gradually stick to your memory.

In addition, colored images tend to be more attractive and easy to study than simple diagrams.

Some concepts are simplified when audio-visual aids are used. A concept like the kinetic theory of matter may look abstract when studying the process from a study guide.

It becomes easier to memorize the idea by watching a video clip showing particles’ arrangement in the three states of matter and how temperature converts the particles from one form to another.

Mnemonics are techniques used to assist in memorizing ideas, concepts, and data. Examples of mnemonics include;

Here is an example of a sentence that can help you remember the order of taxonomy;

Here is another example:

The first letter in each word represents an element in the first twenty elements of the periodic table.

Mnemonics are the best when names or items need to be arranged in a specific order. The use of mnemonics helps you ensure none of the things is missing.

You can associate the properties and behavior of matter with the characteristics of living things.

When learning about the laws of gases, for instance, Graham’s law of diffusion can be simplified by a case of an elephant unable to run fast due to its mass while the hare runs very fast because it is lighter.

Such association will make it easier to memorize the law of diffusion of gases in relation to their molecular mass.

Some technical processes are simplified when put in charts.

When studying an industrial process like the Solvay process, a flow chart summarizing the steps helps memorize it easily.

Somebody can memorize mathematical formulae and expressions quickly by writing them on a flow chart and studying the flowchart from time to time.

A concept you learn sticks in your memory when you apply it in answering questions. It is easier to keep a mathematical concept in your permanent memory if you repeatedly use it in solving problems.

A concept map is a figure summarizing a concept learned as it progresses from simple to complex.

When studying classification in biology, for instance, you can start drawing a concept map from the most significant unit (kingdom) and narrow it down to smaller and more specific units such as class.

As the process grows complex, you have memorized the more general concept. A concept map will create a foundation to learn the complex details as you study more profoundly into the topic

Elaborative rehearsal is the best way of memorizing and keeping the information in our long-term memory.

Instead of reaping concepts that you are trying to grasp over and over, elaborative rehearsal can go a long way in helping you connect meaning to those concepts and ultimately make them easier to remember.

The strategy you choose should be based on the concept you are studying.