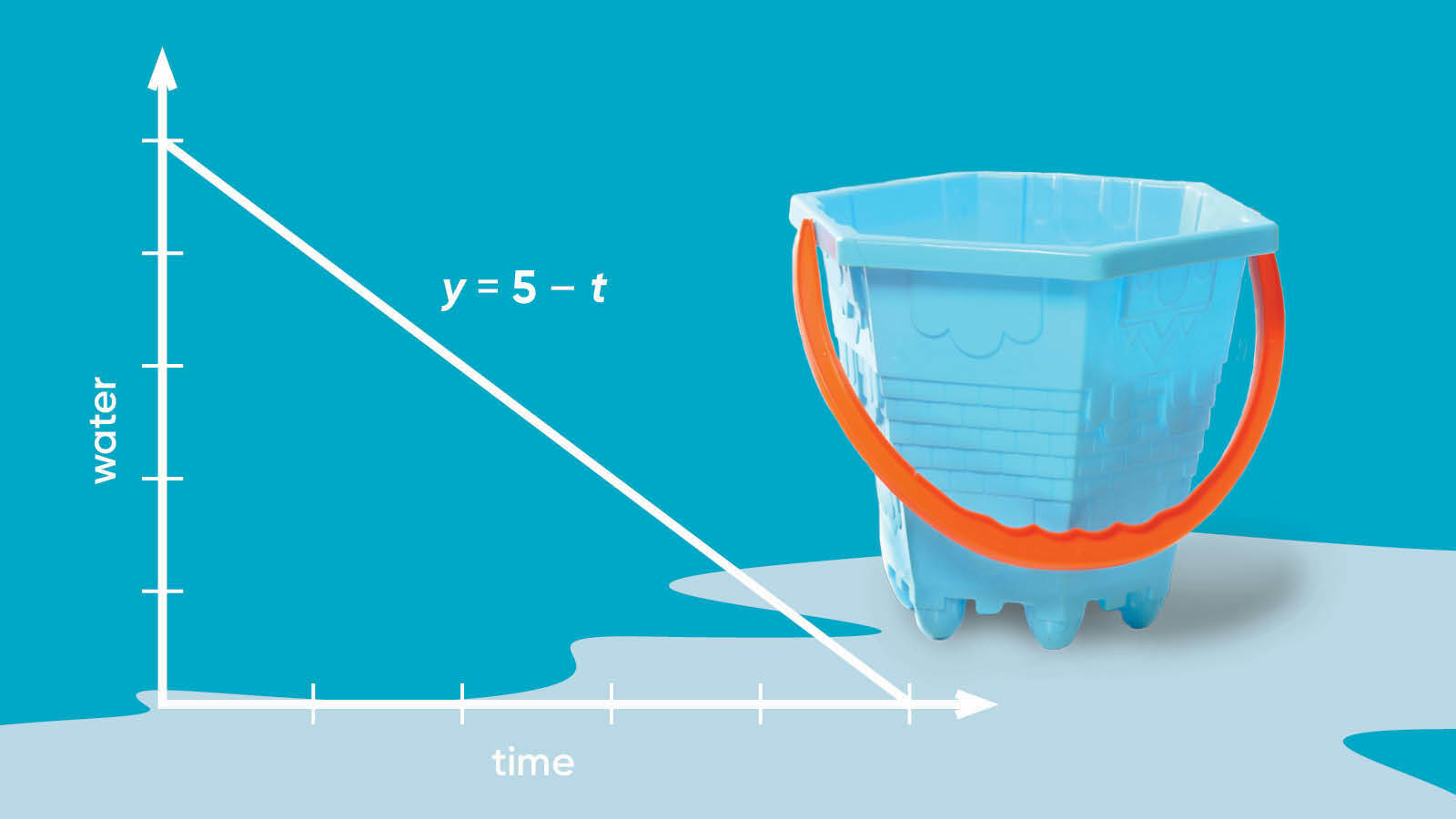 An equation is any algebraic expression that has two parts set up to be equal to each other through an equal sign. Examples are:

There are many kinds of equations but linear equations are the simplest and most common ones.

It is a special type of equation that contains only one or two variables/ unknowns which are of degree one. This means its variables (x, y, etc) are expressed only in powers of one.

For an equation to be a linear equation, it should satisfy the following:

(Note that although it is not usually indicated or written, the term “x” has a power of one; i.e x and x^1 are the same term)

Look at the following examples to identify a linear equation.

On the other hand, look at these examples:

The term linear comes from the word line. But what do linear equations have to do with lines?

It’s because when you plot linear equations on a coordinate plane, they produce a straight line.

Equations will always contain a term whose value is unknown.

Solving an equation means finding what the values of those unknowns are.

To do this, you need to isolate the variables so that they appear alone on one side of the equal sign.

All the other elements (i.e numbers) should appear on the opposite side of the equal sign.

Here are 10 examples of linear equations in real life:

I think of two numbers. The larger of them is 3 times larger than the smaller. If I increase the larger number by 10, the result will be 5 times the small number. What are the numbers?

If the smaller number is x then the big number is 3x.

Divide both sides by 2 to get:

A car travels from town A to town B in 6 hours and covers 720 km. What is its speed?

We use the formula speed=distance/time

Therefore the speed is 120 km/h

If  Dominic is 36 years older than Peter and was twice Peter’s age 8 years ago, how old are their ages now?

8 years ago, their ages were:

Create the equation and solve:

expand both brackets to get:

Subtract x from both sides to get:

A seller sells a calculator for $78. 50 after a markup of 15%. (the markup is the amount the seller adds to a good’s cost to enable him to make his profit). How much did the seller buy the goods from the manufacturer?

Let p be the cost of the calculator.

Multiply both sides by 100 to get:

Company A offers to pay you $450 per week. It requires you to work. What is its hourly pay?

Divide both sides by 40.

Use a linear equation to find out the angles of an equilateral triangle.

An equilateral triangle is a triangle with all three sides and angles equal.

If one angle is x, create your equation:

Therefore each angle is 60 degrees.

Real-life Examples of a Ray in Geometry

10 Real-Life Examples of a Plane in Geometry

10 Examples of Rotation in Real Life

You can represent the consecutive odd integers as x, x+2, x+4

Add these and create your equation then solve:

If n is the number of nickels

A girl is ¼ of her dad’s age currently. After 5 years, she becomes ⅓ of her father’s age. What are their ages now?

Give  both of their  ages in terms of x:

After 5 years their ages are:

The daughter’s age was also ⅓ of dad’s age.

Create an equation from this and evaluate:

Subtract 1/3x from both sides

Subtract 5 from both sides

Given any linear equations, you can know its slope and y-intercept when you graph it on a coordinate plane.

To know this, you should arrange its terms to be in the form:

Rearrange it to make y appear alone on one side.

Subtract 6x from both sides:

So at a glance, this equation tells you that its slope is – 6 and it intercepts the y-axis at 5.

Slope is a vital piece of information that tells the rate at which y changes in relation to x. The y-intercept value shows you the value of y when x is zero.

Linear equations are the most basic equations in mathematics. They have wide relevance in ordinary life and research in solving problems.