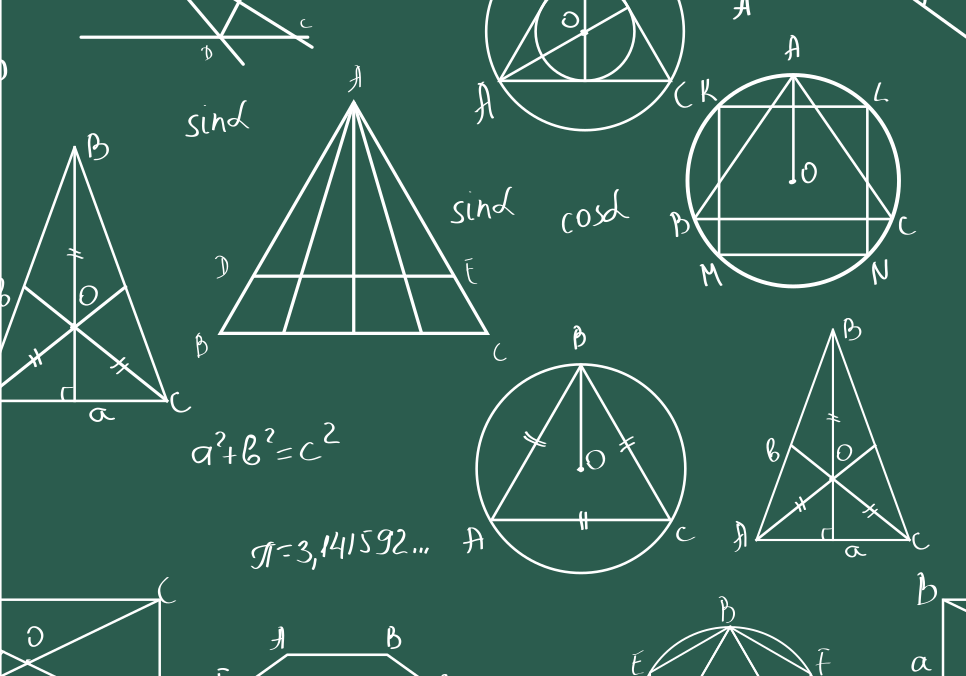 This is an area of math that studies the triangle including the angles and length relationships that define it.

From plotting stars to voyaging the seas, trigonometry is all around us.

Applications in trigonometry are done with right-angled triangles.

A right-angled triangle is a triangle that has 90 degrees as one of its angles. Some examples are:

All the angles add up to 180 degrees. A right-angled triangle has three sides with the hypotenuse being its longest side.

The famous Pythagoras Theorem is the cornerstone behind trigonometry.

It shows the relationship between the 3 sides of a right-angled triangle using the following formula:

Where A and B are the lengths of the two short sides of the triangle and C is the longest side (hypotenuse).

Therefore, if you know at least two lengths in a triangle, you can find the third using the Pythagorean Theorem formula.

You can also use the lengths of a triangle to find the relationships between its angles. These give the following vital functions:

We get these by dividing one side with another in a right-angled triangle.

These functions can help you work out the unknown lengths of a triangle if you know the angle and one of its lengths.

Here are 10 examples of trigonometry in real life:

Architects use trigonometry to design buildings. They also make use of computer-aided design tools that incorporate principles of trigonometry

Oceanographers study the marine environment of the oceans, including its chemical, physical and biological aspects.

They frequently need to calculate distances in the oceans such as tide heights or locations of animals.  For this, they often use trigonometry.

Trigonometry is used by traffic controllers and pilots to manage descent plans for landing planes.

For example, using radar which shows the distance tothe plane, the controller can work out the right angle of descent that the pilot should take using trigonometry principles

Music can be studied in terms of sound waves. Their repeating wave patterns can be drawn on a graph to produce cosine and sine functions.

Ballistics experts use trigonometry to calculate the path that was taken by projectiles.

For example, the angle or direction at which a bullet was fired can be found. This can help them convict suspects in a crime

When flying a plane, you need to constantly know its speed and direction and how this interacts with wind speed.

To accurately reach your location, you need to account for wind speed or you risk going off course.

Trigonometry helps to solve this because you can work out the vectors for your plane and wind.

7. Calculating Height Of Skyscrapers Or Mountains

As long as you know the angle of elevation and the distance separating you from a building or mountain, you can find out the height.

However, if you are looking down from the top of the object, you can use the angle of depression instead and use another side to work out the height

Game developers use various trigonometric functions such as sine, cosine, and tangents to create games that can be played and enjoyed on computers.

Through the process of triangulation, map makers or cartographers can create maps of any part of the earth’s surface.

They use the knowledge of angles and sides of a triangle to calculate the distances and positions needed to draw their maps.

Your GPS receiver helps you to find out your location anywhere on earth.

To do this, it relies on a signal from the GPS (Global Positioning System) which is an orbiting system of 24 satellites fitted with accurate atomic clocks.

Using trigonometry principles, your receiver can calculate its exact position using the satellites

Trigonometry is one of the most fascinating areas of interest to mathematicians and engineers.

It has numerous applications considering that it is one of the most fundamental ideas underlying design and math principles.

The designers and builders of the Egyptian pyramids were greatly influenced by trigonometry.

Surveyors, architects, astronauts today can hardly do their work without the use of it.