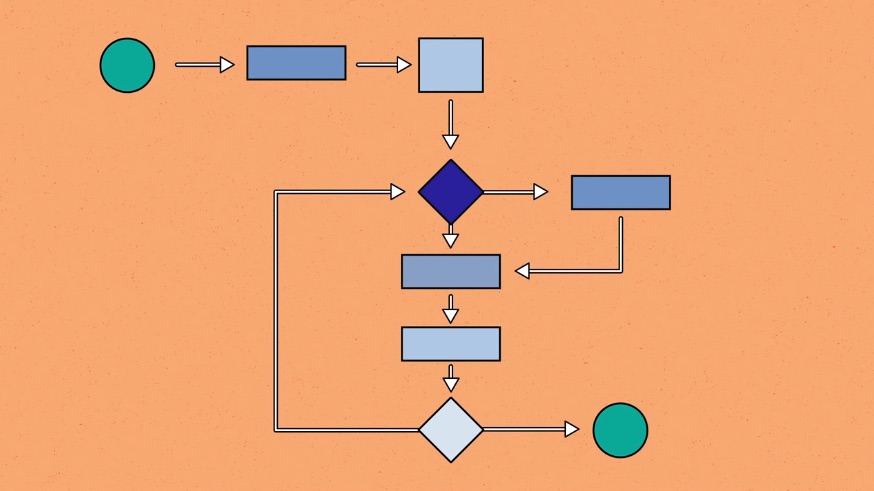 An algorithm refers to a sequence of steps taken in order to complete a given task or solve a problem. It gives detailed guidelines with precise step-by-step instructions.

They involve a process of computation with an initial step (often called an input) and end with a desired given result.

For example, a computer program is based on an algorithm that gives a computer step-by-step instructions to follow.

Algorithms are everywhere around us. Some are man-made while others are found in nature.

Many everyday activities such as brushing your teeth, toasting slices of bread, kicking a football along to score, or waking up for work or school can be described as algorithms.

Algorithms are important in life because they organize thought and action to give you the best chance for success.

As in the case of computer programs, algorithms are also needed because we are often limited in resources.

For example, if computers had free/inexhaustible memories and infinite processing speeds, there would be no need for algorithms.

So, algorithms offer you a way to get the best possible results given the limited resources you have.

Qualities of An Algorithm

3 things must be satisfied in an algorithm.  It must be:

Here are 11 examples of algorithms in real life.

Algorithms can be used to place a trade or pick stocks. The advantage is the speed and frequency of the trades which is impossible for humans to do.

The algorithm depends on inputs from market data to know when to buy or sell.

For example, it can use moving averages, prices points, etc. for its input.

2. Use Of Plane Restroom

Planes typically have a toilet to passenger ratio of 1 to 50. When everybody wants to go to the restroom at the same time during flight it can cause overcrowding, endangering safety and health. A virtual queue management system based on an algorithm can be used to ease the problem.

3. Screening Of Job Candidates By An Algorithm

Companies may use algorithms to help recruit new employees. It saves time and money. The algorithm involves these steps

Driverless cars are considered to be the future of human transport. They rely on object classification algorithms that help cars to detect objects, interpret situations and make decisions.

Algorithms can do this because they spend hundreds of thousands of hours learning through navigating on roads.

Ecommerce shopping software enables customers to make orders directly through the company’s website based on an algorithm like this:

Burglarproof systems are designed to deter intruders. They follow a step-by-step process which fulfills an algorithm such as the following.

This device is designed with a spring mechanism and other parts that implement an algorithm to capture and kill mice.

The first part (bait) is optional but increases the chance of catching the mouse.

Drones are increasingly becoming part of our lives. They are used for delivering parcels, performing surveys, surveillance, and even identifying and striking military targets.

To enable the drones to fly at low altitudes and be able to identify and evade tall buildings and navigate unstructured streets, they need to be trained via algorithms to understand their environment.

DNA is the molecule responsible for sustaining life forms. It contains detailed programs or algorithms with instructions on how cells are produced and maintained.

For example, when viruses or bacteria invade your body, your immune cells produce antibodies from instructions found in DNA. These antibodies are needed to attack and neutralize foreign invaders.

Assembling the interlocking pieces of a jigsaw and make a complete picture is an example of an algorithm.

You take several individual steps as you place each piece. The number of algorithms is numerous because one can start in any order and finish the task successfully.

11. Dropping from a Helicopter

Getting out of an airborne helicopter is a procedure requiring careful execution.

It takes coordination between the rappeler (one who descends by rope) and the rappel master who gives the commands and instructions at each step.

There you have it; 11 examples of algorithms in everyday life. Without algorithms, it would be impossible to achieve many tasks correctly or efficiently. Schools, hospitals, public transport, and safety all rely heavily on algorithms to operate effectively.