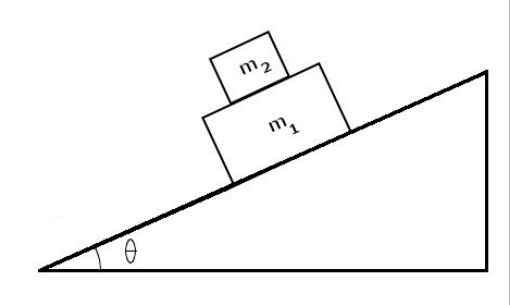 Have you ever experienced the thrill of a roller coaster ride?

All that giddy feeling of lightness as it moves up and down is thanks to its clever use of inclined planes or ramps.

It consists of a stationary surface that is tilted to make one end higher than the other.

This helps to spread the weight of a body over a longer distance, making it easier to transport.

Inclined planes have many applications such as aiding accessibility or for entertainment.

You can work out the mechanical advantage of an inclined plane by calculating the ratio of the distance of the incline and its height.

The smaller the angle of inclination, the more the distance of the incline and the less effort you need to apply.

There are two basic forces that work on objects when you use an ideal inclined plane:

In the real world, you will also have to deal with frictional forces which need extra force from you because the plane surface is not smooth.

Here are 12 examples of inclined planes that you are likely to find at home.

Navigating or accessing parts of a house that have different floor heights can be pretty tough for wheelchairs, pushcarts, wheelbarrows, or strollers that are carrying loads.

A wheelchair ramp provides an excellent solution because it can act as a miniature staircase or bridge.

Multiroomed houses typically have some rooms placed on the upper floors.

To access them, the house will be fitted with a staircase that consists of a series of steps that form an inclined plane. This helps you climb and reach a higher floor in the house or building.

Compared with a vertical climb, a staircase makes your climb easier because you use less energy.

You can also drag heavy objects on your stairs with much less effort.

Ladders can be placed against a vertical or upright surface such as a wall.

By positioning it at an angle against the wall, you create an inclined plane.

It has rungs on it where you can place your feet when climbing. When used to carry a load or simply climb upwards, it makes work easier.

To maximize its efficiency, you can make the angle of inclination smaller and increase the distance of the ladder from the wall.

Having trouble with your car scraping the driveway because it’s too low?

A driveway curb ramp could solve your woes.

Due to its inclined shape, it gives a smooth transition to link your driveway and the street.

It does this by providing ground clearance where the distance between your car and driveway is increased.

As a result, your car’s underbody, driveshaft, and other parts are protected from damage.

Ever wondered why some houses have a sloped roof instead of a flat one?

The slanted shape produces an inclined plane which aids in the speedy disposal of loads such as rainwater, dust, snow, and other debris.

This is achieved through a sliding motion under the force of gravity which transports objects downward on either side of the roof.

A slide can be used for recreation or to simplify your work. This is an inclined ramp with one elevated end.

It can be used to lower a load much more slowly than to quickly drop it vertically. This can significantly reduce the effort used and also ensure your safety or protection.

To go from one floor to another in your house, you don’t always have to be stuck with the ordinary staircase option.

Escalators give you an electronic version of an ordinary staircase. It works like a conveyor belt with an inclined angle.

All you need to do is stand on it and it moves you upward or downward toward your destination.

The surface moves in an endless loop either downward or upwards.

Almost no household can operate without a funnel especially when you want to pour out liquids without spilling them.

It combines a cone and a cylinder which join together to form a device for pouring liquids through it.

The upper side is a cone with slanted sides that form an inclined plane. This enables liquids to easily pour down and enter the cylinder part under the force of gravity.

For daredevils who want to have some fun, stunt ramps can be used to produce recreational stunts that cause you to speed and get released in the air.

The surface of the ramp is curved at both ends with a relatively flat middle.

When you jump in through one end, it accelerates you toward the other end which pushes you up into the air.

For loading or unloading heavy things from the back of your truck or pickup, most people turn to a loading ramp.

It is placed with its elevated end to the back of the truck to form an inclined plane on which to transport loads or cargo.

When properly secured,  it can be used to safely transport heavy objects efficiently into and out of your vehicle.

Tools like wedges, nuts, and bolts come with spiral threads that run in circles around them. These enable them to operate using the inclined plane concept.

As the thread turns around in a circle, the bolt moves up the same distance as the space separating the threads.

The more threads there are, the greater the mechanical advantage. For example, a car jack with a screw-type can make you easily lift a car so that you can change or fix a wheel.

The letterbox features an opening with a channel that has a slanted shape.

When mail is dropped, it easily slides down the inclined surface to the bottom. This helps to keep the mailbox unclogged so that accumulated letters don’t get stuck together.

Inclined planes are one of the simplest machines you can think of but don’t let that fool you.

They give you a surprisingly smart and practical solution for beating the challenge posed by heights—especially when you want to scale them without getting drained of energy.

Once you understand the vast mechanical advantage of inclined planes, you will be more inclined towards them!