8 Best Examples of Shaping in Psychology 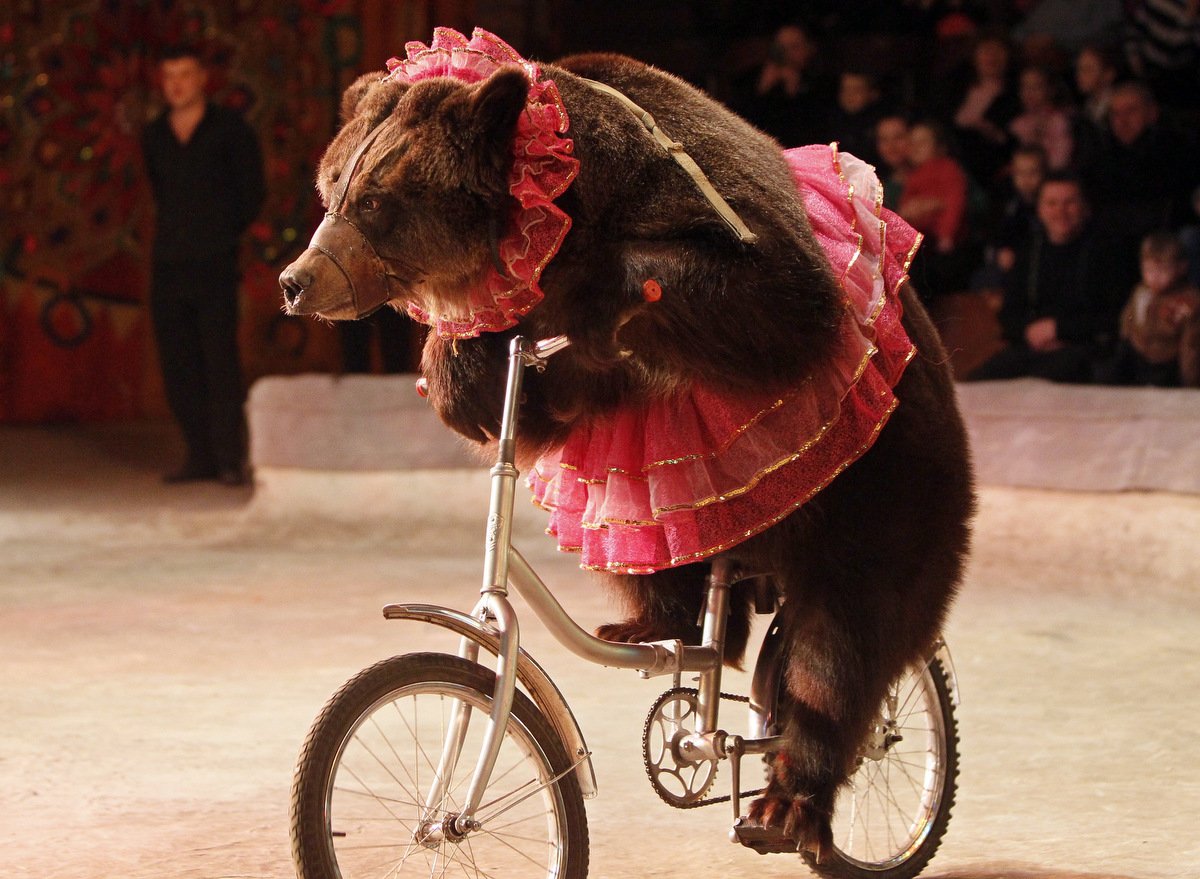 Have you ever wondered how animals such as bears learn feats like riding a bicycle? The answer lies in shaping.

Shaping is a type of learning where you teach a subject something that doesn’t come to it naturally.

There is little chance of the subject ever learning the behavior on its own.  It is also suitable for tasks that are not simple.

Because the target behavior is complex, it is broken into smaller parts that are easier to achieve.

Then starting with the simplest parts, the subject is gradually reinforced on a step-by-step basis.

For each step, we use incremental reinforcement.

This reinforcement is continued and applied to every response that draws closer to the target behavior.

Finally, once the subject reaches the desired target behavior, reinforcement is only done for this response.

This kind of learning has been accomplished with animals and humans. For example, Skinner taught pigeons to perform unusual tasks like pressing a lever in a box to get food.

Many animals today such as chimps or dolphins are trained to make elaborate performances before audiences.

Here are 8 examples of shaping in psychology.

Learning to speak can be complex, requiring several steps.

Babies learn early that to make themselves understood, they should produce sounds like crying which gets adults mad and flying into action!

This early experience can motivate babies to learn to speak.

After listening to other voices and watching faces, it babbles and coos awkwardly.

Then they learn to say single words like names such as daddy or mommy.

Next, they learn to combine a few words in a sentence e.g., 2 to 4 words. This soon grows into a fuller sentence and comprehensive vocabulary.

Our entire education system is based on progressing children from one level to one another from elementary level to advanced.

This is a form of shaping because we start children off with simpler steps or learning material. For example, the mathematics material taught for grade 1 differs from high school or university in complexity.

In elementary class, we start with teaching basic arithmetic operations like addition, subtraction, division, or multiplication.

Throughout the process, reinforcement is provided in the form of praise or good grades.

In marketing, producers can use shaping by offering customers a free sample of their products.

This will typically include a coupon for them to get a large discount for their first purchase of the product.

When they purchase the product, it may contain a coupon for another discount but smaller than the first.

This can continue until the customer no longer needs an incentive to keep buying the product.

4. Practicing solo on a piano

Have you ever struggled to play a song on a complex musical instrument?

Shaping can help you master the tricks such as playing it on a piano.

On your first attempts, the sequence of the notes won’t be like your song at all.

By trying out a few notes at a time, you begin to get the sequence right.

Each time you succeed at getting it right, reinforcement is provided by your own feeling of contentment or excitement

5. A toddle learning to walk

A toddler learning to walk is one of the most joyous experiences but don’t imagine it’s any simpler for the child.

The process has several steps like sitting up, crawling, standing, taking the first step, taking several steps, walking, and then running.

Parents can apply shaping for this by reinforcing each step. For example, they can praise the child when it stands.

When the baby takes walks or runs, reinforcement is no longer done for earlier actions like crawling, or standing.  but walking.

In one or two weeks of training, a dog can be taught to master various tricks through shaping and reinforcement.

This includes making it come to you when called, leash walking, sitting, lying down, or staying (remain sitting until you give the next cue).

For example, to train to sit, you can stand before it and hold a treat near its nose and raise it slowly over its head.

While following it with its nose and eyes, the dog’s bottom touches the ground. At this point, you say” sit” and release the treat.

7. Baby chicks being taught to fly

At first, birds take the food to the chicks in the nest for feeding.

Later the bird stops farther away from the nest with the food. This encourages the chick to come out of the nest to get the food.

The food acts like reinforcement because the chick senses it is necessary for survival.

As the chick steps out of the nest, it occasionally falls down to the ground.

When this happens repetitively it finally learns to spread its wings to ease the fall.

Later, it learns to do it even better by flapping its wings. Eventually, it begins to fly.

8. A cheetah teaching its young to hunt

Mother cheetahs take incredible care to teach their young to hunt so that they can hunt for themselves.

It will first hunt and obtain young prey such as deer (fawn) and bring it to its young without killing it.

It then places it near the cubs. At first, the cubs perform a mini hunt practice, chasing after the injured prey.

After doing these several times while young, the cheetah next takes them to a real hunt.

Here they learn to stalk, chase, capture, and kill.

Shaping is a fabulous way of learning but be warned: it needs the patience of a saint.

Still, the persistence and practice of a toddler as it learns to walk should challenge you that anything is possible!