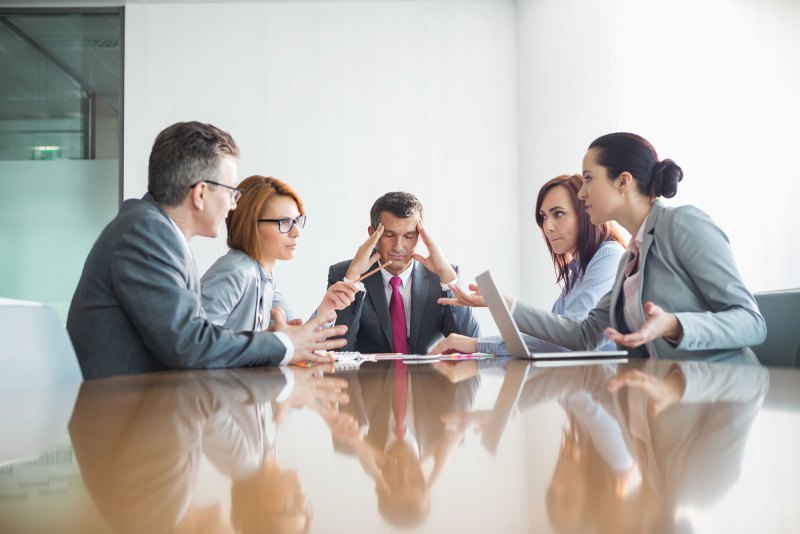 What makes the internal workings of Facebook different from Google? Or a small business unique from a large corporation?

The differences go beyond the products they create. Companies or businesses can have distinct cultures in their workplace environments. This can give a business a unique personality.

Since the workplace is drawn from the outside world, it can reflect a diversity of cultures. This culture will sum up a company’s beliefs, traditions, values, attitudes, and behavior.

Culture can be reflected in the management, workplace practices, or policies of a company.

Workplace culture is important because it can impact many aspects of productivity such as the ability to communicate, feedback, teamwork, or dress code. This diversity can be challenging to a company but it also offers opportunities for growth and productivity.

Smart managers want to take a proactive attitude in shaping their workplace culture instead of leaving it to chance. For example, they can make the workforce more diverse and inclusive to improve talent, skill, and creativity.

Here are 8 examples of cultural differences in the workplace.

Also known as the baby boomers or Generation X, this culture is defined by the millennial group who were born prior to 1980 or who became adults in the 21st century.

Millennials account for a big part of the workforce.  Because they lived entirely in the internet or computer age, they are usually internet or tech-savvy.

Millennials also are resistant to being tied to a desk and prefer flexible modes of working.

A unique feature of millennial culture is the millennial women who are also increasingly more competitive with their male peers.

This has made them close the wage gap and achieve equality in many areas that were traditionally male-dominated such as tech-savviness.

The workplace today has a rapidly widening religious diversity. This can cause conflict since religion can be a very sensitive matter.

Different religious practices can require the need to accommodate different employees differently. For example, some members need specific times to worship e.g., Muslims on Fridays or Sabbath-keepers who worship on Saturdays.

It may also include differences in dressing. For example, Muslim women dress in headscarves.

The US workforce is showing more ethnic and racial diversity than in previous years. This includes higher percentages of Hispanics, African-Americans, and Asians.

There is also an increasing number who don’t identify with these groups.

This shows a cultural change in the workplace with a desire to have a more inclusive and diverse racial or ethnic workforce.

Today more of the workplace culture is beginning to accommodate people who are LGBTQ (lesbian, gay, bisexual, transgender, and queer) community.

This is a big shift from the past when LGBTQ people were not recognized.

Businesses are creating more LGBTQ-friendly policies. For example, this may include having gender-neutral bathrooms, allowing self-identification without harassment, gender-neutral attire, or providing healthcare that includes LGBTQ people.

Timekeeping is practiced differently in different workplaces according to culture.

Some workplace cultures are quite lax about time. If you are in an Argentinian workplace, for instance, a half-hour delay before a meeting may be acceptable.

However, some cultures are quite strict about timekeeping, for example, a British workplace cannot condone tardiness.

Imagine if people working together in a company couldn’t communicate. Pretty little will be achieved or operations will come to halt.

Most workplaces have English as their official language.

However, foreign language speakers or non-native English speakers can be challenged if idioms, jargon, dialects, slang are used.

Communication styles can also differ among different cultures. For example, if a global company is having a teleconference between managers from one country with another, miscommunication can occur because of cultural differences.

Dress code and hairstyles are one of the most visual cultural expressions in the workplace. For example, dress code can range from casual, formal, or business casual.

A dress code can set the appropriate tone for working in specific environments. It can also be used to express teamwork and unity. For example, a company can have all staff wear polo shirts or khakis.

The casual style is meant to convey fun or friendliness.

Etiquette is conduct that is considered polite or acceptable behavior. It includes showing respect towards each other such as avoiding noisy distractions like when to use cell phones, avoiding clutter in the office, or observing personal boundaries and space.

Etiquette can differ depending on workplace culture.  For example, a firm handshake, a smile, or hello is the standard for greeting one another in many workplaces.

But some cultures do their greetings differently. For example, for some, the handshake lingers for some time.

Others have a kiss on the cheek. In Japanese culture, a bow is a common greeting style.

Luke Roberts considered conflict as a good thing in any engagement. Culture clash is like the clash of two ideas which yields to give a third idea that is richer.