HomeChemistryAnswered: All atoms of the same element have the same number of...
Chemistry

Answered: All atoms of the same element have the same number of _____ in their nucleus. 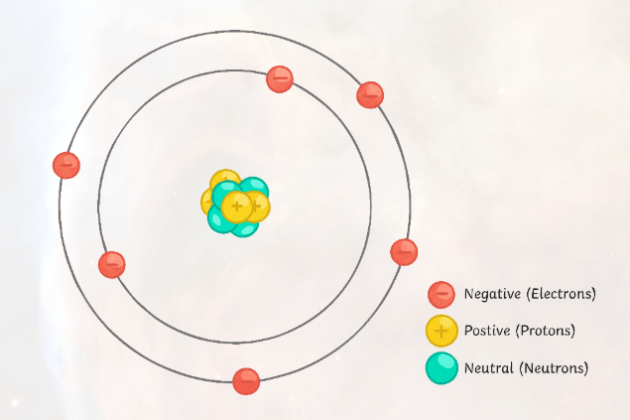 The Correct answer is (c) Protons

Atoms of the same element have the same number of protons in their nucleus.

Let’s break it down…

The number of protons in an atom is also called its atomic number. Now, atomic number is very important to chemists and scientists because it is unique for atoms of an element.

For instance, you can distinguish between different elements in the periodic table by knowing their atomic (or counting the number of protons in their nucleus).

An atom with 1 proton is always hydrogen; with two protons is Helium; and with three protons is Lithium; with 4 protons is Beryllium; 6 protons is carbon, etc.

To this end, we hope that you can easily see that every element has different atomic number (or different number of protons in its atom).

If the atomic number (number of protons) is changed, the element is changed.

Atoms of the same element, therefore, must have the same number of protons.

But atoms of the same element can have different numbers of neutrons.

For instance, all hydrogen atoms have one proton but may contain different numbers of neutrons.

Such atoms—belonging to the same element but with different numbers of neutrons—are often referred to as isotopes.

A neutral atom must have one electron for every proton. So, if you know the atomic number of an element, you can easily tell the number of electrons in a neutral atom of that element.

For ions (positively or negatively charged atoms), the number of electrons changes.

Here is how a neutral and a charged chlorine atom look like:

As you can see, the atomic number of chlorine doesn’t change (whether it is neutral state or ionic state).

Learn more here: Labeled diagram of an atom (Including History and Important Properties)