HomeHumanity12 Examples of Classical Conditioning in the Classroom
Humanity

12 Examples of Classical Conditioning in the Classroom 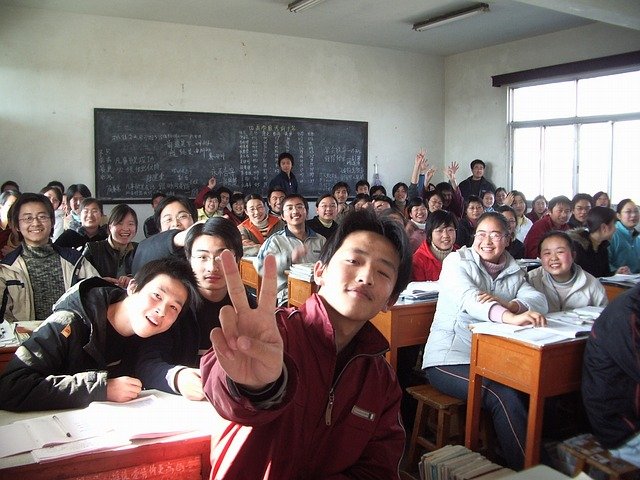 The name Ivan Pavlov stirs strong images for many people.

He is the famous Russian psychologist who performed experiments that made his dogs salivate each time they heard the bell ring.

But why should dogs salivate at the sound of a bell when there is nothing delicious about it?

The answer is that Pavlov had conditioned the dogs to respond that way through classical conditioning.

He did this by repeatedly ringing a bell just before he gave them meat. After some time, the dogs began to salivate at the bell even without seeing any meat.

The principle involved is called associative learning. It is a way of creating a link between two actions or two stimuli by repetitively performing the first action and then always following it with the second action.

This way, a subject or person learns to relate the first stimulus with the second stimulus.

Such learning usually takes place subconsciously. This means that subjects can be caused to learn something even unintentionally.

Classical conditioning can also be either negative or positive.

Negative classical conditioning, often done unintentionally, has harmful results. For example, a fierce academic competition where children compete for top prizes can cause health and mental problems for some students.

The following concepts form the basics of classical conditioning:

Classical conditioning learning takes place around us all the time. It can be used as a technique to repress unwanted behavior or encourage desirable actions in a very predictable way.

Here are 12 examples of classical conditioning in the classroom:

1. Learners quieted down when the teacher steps into the class

Have you ever observed what happens when a teacher enters a classroom?

If the room was bubbling with conversation, it suddenly hushes down and students settle down quietly ready to start learning.

The mere presence of the teacher makes the students change their behavior.

The teacher’s presence is the conditioned stimulus while the students’ changed behavior is the learned behavior which is necessary for learning to take place.

To learn, students need to be attentive and focused. However, if they do not see the real-life relevance of the lesson material, or find it dull, it makes them feel detached.

So, when a particular class begins, the students will not look forward to attending it.

3. Praise to students to encourage participation

Praising children for answering or asking questions in class encourages and motivates them to be more active.

For example, those who are fearful or shy feel more emboldened to talk so that educators can easily follow their progress at learning.

Over time, students can be conditioned to stop the action. For example, they can be punished for noise-making or unruly behavior. This can be through taking extra homework, detention, or denial of recess time.

When students begin to associate the disapproved behavior (noise-making) with unpleasant results (punishment), they may discontinue it.

This is an example of classical conditioning working together with operant conditioning as negative reinforcement.

Children who suffer bullying at the hands of their peers may develop a dislike for school. This is because they associate their schoolmates (unconditional stimulus) with going to school.

Learners may be having fears or phobias that are obstacles to learning. Educators can use classical conditioning to help calm them down and relax.

Students learn to form more positive new associations with the object of their anxieties or fears.

This is done by surrounding them with a pleasing or supporting environment. For example, many students have a fear of mathematics, examinations, or public speaking.

This may be due to previous experiences. By changing the teaching approach and being more sensitive, these attitudes can be reversed

If a teacher’s approach is firm but fair, learners will learn to respect the teacher.

They will associate the teacher with discipline, order, and fairness.

This can be contrasted with a weak or indecisive teacher.  He will not inspire respect and students will disrespect him.

If a teacher is friendly and warm-hearted, this will make most learners feel connected.

Learners learn to associate the class with the teacher. As a result, they will enjoy her class and look forward to it.

The teacher is the conditioned stimulus while the student’s reaction is the learned response.

If a teacher is stern and harsh, learners may not feel like going to school.

Therefore, they will acquire a new learned response (conditioned response) of disliking to go to school

10. Emotions at bell ringing during recesses

Whenever the bell rings to mark the start or end of a class lesson, it elicits different reactions.

For example, if the class was unpleasant, it brings relief. It could also bring excitement if the next class is an exciting one.

Alternatively, the bell ring may spell the end of class and produce anticipation for the prospect of relaxing, resting, or enjoying lunch.

Even though the report card from school is no more than a piece of paper, it can be a good motivator for good academic performance.

Perhaps the student will get praised, taken out, or receive a present each time he brings a good report card.

So each time he gets a good report card, he gets excited even before his parents have seen the report.

One of the commonest experiences of classical conditioning in schools is the vaccination of kids.

When kids get the jab, they usually cry or show pain. This makes children fear needles or any other vaccinations.

So, the prospect of vaccination (e.g. appearance of coated personnel) causes fear which is the conditioned stimulus.

Classical conditioning may sound manipulative or dark, but it’s practically the way we do almost all our learning.

And as Pavlov found out, it’s something we have in common with dogs.

So, next time you are faced with the prospect of classical conditioning, this may ring a bell and you may find yourself salivating with anticipation.