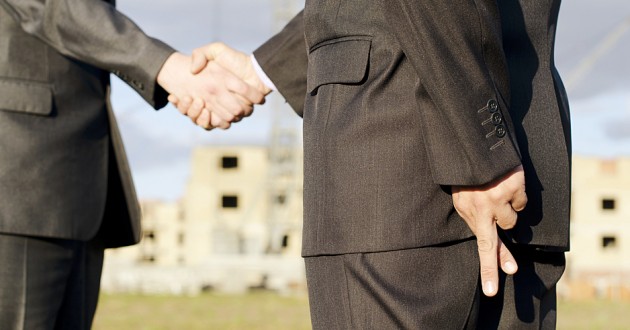 Game theory is a process or framework that defines how several interacting choices affect the outcome of something.

It can also be considered to be a science of strategy or to some extent—the optimal decision-making of competing but independent actors in a strategic setting.

The primary focus of game theory is the game, which often act as the model of an interactive situation among the participants.

And the key to game theory is the fact that one participant’s or player’s playoff is often contingent on the other player’s implemented strategy.

In most cases, the outcomes are not necessarily intended by the players.

The game dictates the participants’ identities and preferences as well as the allowed strategies and how they affect the outcome. Various other assumptions and requirements may be necessary depending on the game theory’s model.

Confused? Well, let’s simplify it a bit: Game theory is often used to figure out the best solution among the best possible outcomes by analyzing the cost and benefits that each player or participant (who compete with each other) stands to gain.

Game theory can be applied to lots of real life situations. In fact, we probably apply it in lots of scenarios without even knowing it.

Here are some 12 examples of game theory scenarios in real life.

An example would be two companies that are competing for the same market share.

Assuming both companies are making a similar profit, one might decide to spend more on advertising to get a larger chunk of the market share.

If company A spends 3X on advertising, it will probably capture lots of customers that were buying from company B.

However, this is based on the assumption that company B doesn’t spend an equivalent amount on advertising.

Let’s assume that three legislators are taking a vote on a proposal to raise their salary by $4,000 a year.

The legislators will probably want the raise but will be too concerned with saving face in the public.

For a legislator to vote in favor of the bill, he will have to decide that the cost of losing face is less than the extra income.

Maybe they will figure the voters will be outraged for a couple of months and then move on.

Or maybe they will be afraid of losing the upcoming election and therefore vote against it just to increase their chances of being re-elected.

Let’s use an arbitrary example of two bars on the same street that have to decide what to charge for their beers.

Assuming the cost of purchasing and serving the beer is not considered, the managers have to think of who will drink from their establishments.

Guestimating who between the locals and tourists will be the most frequent clients will help in determining the best selling price.

If the police have two suspects in custody, they can offer a deal to cox one or both of them to confess to their crime.

But if both talk, they might serve an average amount of time in jail (e.g. two years).

Let’s say two doctors, Tom and Jack, are moving to a small island that has different towns with uniform population distribution.

On average, the Island dwellers see a doctor twice a year and they usually visit the one nearest to them.

If the doctors pick the same town and street, they will most likely get half as many visits as opposed to if they pick separate towns that are equidistant from each other.

Things might get even more interesting if the two doctors simultaneously apply to the local government for their preferred town of settlement.

When campaigning for election or reelection, each candidate has to think of the best way to get votes.

One strategy is to target the regions that are traditionally known to vote for the party of the opponent.

More resources will be allocated to this as opposed to the regions that are considered friendly to the opponent.

The regions that are considered to hold the swing vote will also need to get more camping resources in a bid to tilt the vote in favor of the candidate.

However, this can only work if the other candidate is not doing a better job at this.

A centipede game refers to a game between several players in which a player can either take the amount of money offered or pass at which point the money and the difficulty of the game will be increased.

The player can continue passing until he gets to the jackpot or until he fails.

A Shubik auction is an auction where two people place sequential bids for the same item.

The bid prices are increased by 10 units until one of the bidders quits and the other one wins.

The first person places a bid after which the bid prices are increased by 10 units and if the second person can match it, the bid price is raised again.

But where the Shubik auction differs from other auctions is that the losing bidder will still be required to pay the amount they bid even though they will not get the item.

A set of a tennis game has points and the game is usually played by two players.

To be the winner of the game, a player will need to get four or more points and be at least two points ahead of the other player.

To win a set, a player will need to win more than five games and to have won at least two games more than the opponent.

Let’s use the example of a father that has received some presents from friends and wants to distribute them fairly between his two daughters.

So the father has to use his discretion to distribute the gifts in the fairest way possible.

This game is typically played by two people where the players simultaneously form one of the shapes that denote rock, paper, or scissors.

In the event of a draw, the players give it another go until they get a definite winner.

Even though you can play it just for the fun of it, it is usually used as a tie-breaking game.

No one loves standing in long queues and most people look for the shortest queue.

But several factors might affect the speed of the queue. For instance, the persons on the shorter queue might need more time to be served which means the queue might move slower than a longer one.

But assuming each person is served for the same amount of time, the decision of picking the shortest queue would be an optimal one.

The study of game theory can help us understand the decision-making process.

Through game theory, you can prepare for the possible outcomes of any scenario.

Game theory is, therefore, an important decision-making tool in many facets of life.

In addition to planning, it can help you know what to do for any of the possible outcomes.