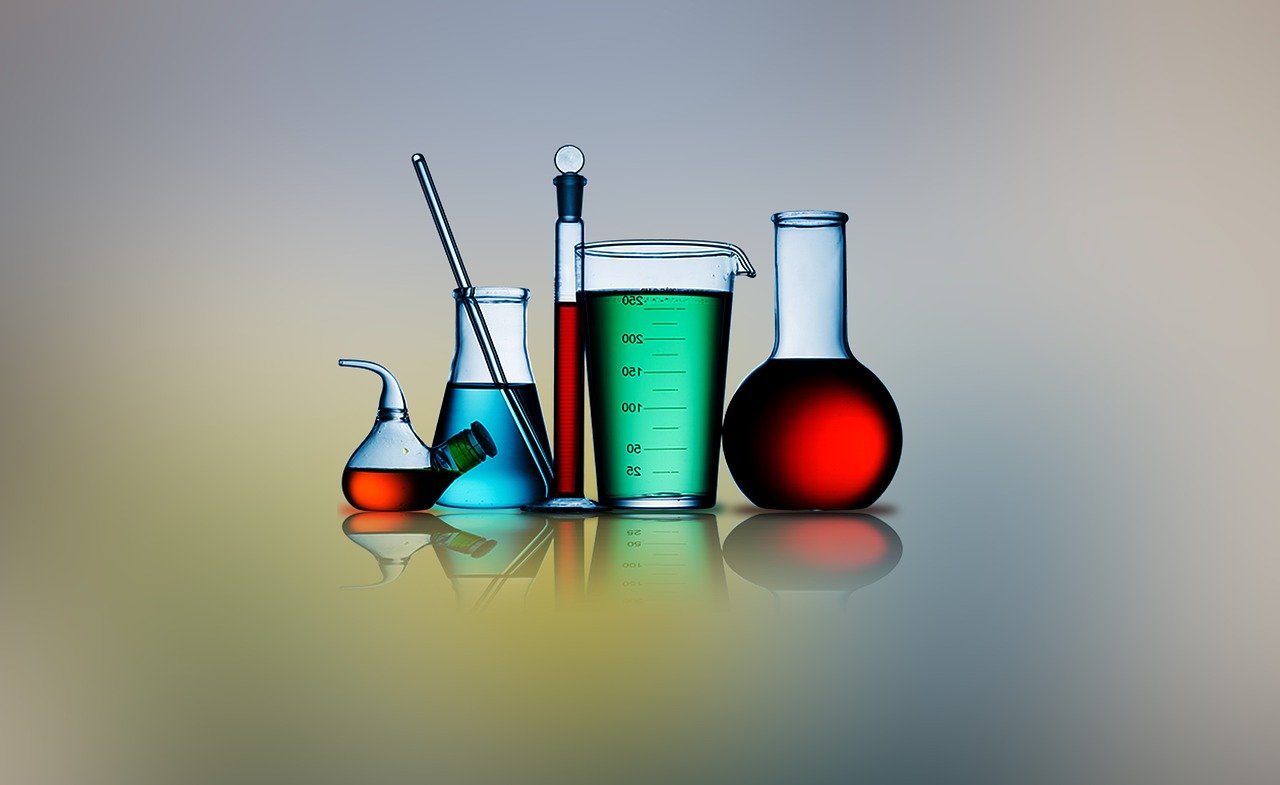 The reactions taking place around us and in the lab can be classified into many types. One of these is a decomposition reaction—a reaction where a compound is split into simpler substances.

The reaction has a single reactant as a starting substance. This breaks down into two or more products.

The general form of a decomposition reaction can be written as:

In this reaction, the compound XY is a single substance that breaks down to produce two separate products X and Y.

For example, the following are decomposition reactions each of which produces a pair of products:

Decomposition reactions are the reverse of synthesis or combination reactions. In a synthesis reaction, the reactants combine to form a single product. An example is:

As you can see, a synthesis reaction starts with two substances that combine to form one substance or compound.

Decomposition reactions are usually endothermic since energy is needed.

For endothermic reactions, energy needs to be supplied such as in the form of heat or light. This energy input is required in order to break the bonds in a compound.

An exothermic reaction is an opposite situation where energy is produced rather than absorbed.

The energy that is required for decomposition can be by:

Example: passing an electric current through sodium chloride to get sodium and chlorine

Example: shining light on silver chloride to get chlorine and silver.

1. The Fizz in Your Soda

Most of us have enjoyed a soda drink. Whenever you open the bottle, it produces a familiar fizz sound. This is the sound of carbon dioxide gas escaping.

It is the result of a decomposition reaction in which carbonic acid produces carbon dioxide and water.

Soda producers use high pressure to force carbon dioxide into the drinks in a process called carbonization.

It helps to give the drink its tangy taste and also to prevent spoilage. The carbon dioxide released can be written as:

2. When Baking Your Cake

Baking powder which is sodium bicarbonate is usually used for baking.

When heated to a high temperature, it causes your baked cake to rise due to a decomposition reaction that releases carbon dioxide and water.

The decomposition reaction can be written as:

Cuts or wounds are usually cleaned by applying hydrogen peroxide which produces a decomposition where the peroxide breaks down to carbon dioxide and sodium hydroxide.

The process which takes place in the presence of light can be written as:

Your body performs many reactions to break down food. For example, once the food is in your mouth, digestion begins with the salivary enzyme amylase breaking down sugars.

In the stomach, further digestion occurs when food reacts with hydrochloric acid.

More reactions take place in which proteins and fats are taken out of your food to be absorbed into the bloodstream.

The foul smell of rotten material is familiar to most of us.

It is the result of decomposing organic matter but the products are nutritious for plants as compost or manure.

Using their digestive enzymes, bacteria act on it by breaking it down into simpler substances.

Photographic film is usually made of silver halide compounds such as silver bromide.

The silver bromide compound is light-sensitive which makes it useful for photography.

When exposed to light, the photons found in light strike the film.

This causes the silver compound to decompose into silver and bromine. The decomposition reaction that takes place is:

Metals usually exist in nature as impure metals such as minerals, oxides, sulfides, or chlorides.

To extract them as pure metals for industrial purposes, decomposition reactions can be used. For example, techniques like electrolysis or heating can be performed.

Nature does nothing in vain. Decomposition may look like a bleak ending but for humans relying on digested food and plants relying on nutrients, it’s a renewal.