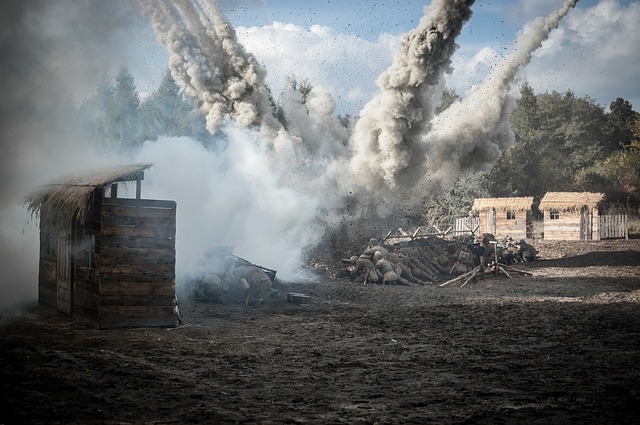 Many of these are essential for our functioning and health. Others appear to be neutral. However, some are definitely hazardous or even deadly.

These toxic or hazardous chemical reactions can take place at home, at the workplace, or in industrial settings.

They can range from anything from explosions to the release of toxic mists or fumes.

These harmful products find their way into our bodies by various means, triggering dangerous situations.

Let’s look at 8 examples of harmful chemical reactions that happen in real life.

That fuel-burning equipment, charcoal grill, or gas appliance in your house could be the death of you especially if your home is poorly ventilated.

Your body normally needs oxygen in the blood which is what you breathe in.

Due to insufficient oxygen, fuels burn less sufficiently to produce carbon monoxide instead of carbon dioxide.

Within 1 to 2 hours, the poisonous effects can manifest. In fact, a person can die within 5 minutes especially if the carbon monoxide levels are very high.

Explosions are oxidation reactions that occur rapidly releasing huge amounts of gas at one go.

These can cause sudden pressure changes, shock compression or shock waves that are harmful.

Although TNT can be useful in the industry, it can also be dangerous. For example, when blended to produce amatex or amatol, they can become very explosive.

The explosion is a decomposition reaction that can be written as:

You might think that when it comes to cleaning agents, the more the better for that killer combination cleaner.

However, such a power combination may just be what kills you and not just the germs!

An example of this blunder is the mixing of bleach and ammonia. The bleach breaks down to hydrochloric acid in the following way.

This forms toxic chlomorine fumes when the chlorine gas reacts with ammonia.

Dynamite is frequently used in industries such as demolition exercise, construction, mining, and quarrying.

However, they can also be dangerous if mishandled. The explosive material in dynamite is nitroglycerin.

When the dynamite is detonated, the nitroglycerine is oxidized which releases nitrogen with a blast.

This can be dangerous and so dynamite is usually made with an absorbent material to stabilize the explosion.

Ozone (O3) is a protective layer of gas that surrounds the earth.

It acts as a shield to protect us from certain solar UV radiation that penetrates the atmosphere.

So, imagine if this ozone is stripped or removed. That is exactly what happens when harmful manmade chemicals such as CFCs are released into the atmosphere.

The CFCs in these products drift up into the stratosphere where they are bombarded by UV radiation which leads to their decomposition releasing chlorine atoms.

It is these chlorine atoms that react with the ozone and destroy it, creating ozone holes.

6. Chloroform from Reacting Bleach And Alcohol

Bleach isn’t only dangerous when mixed with ammonia.

It can also produce a disaster when mixed with rubbing alcohol.

A substance called sodium hypochlorite reacts with the alcohol (isopropanol or ethanol) to form chloroform (CHCl3) as the product.

Chloroform can cause you to faint when inhaled. It can also interfere with your liver, eyes, skin, and even nervous system.

Have you wondered how you can scale back skin wrinkles and appear more youthful?

Won’t it be great to just combine the 3 and have a super wrinkle killer?

Unfortunately, it turns out this would be an awful waste of money!

That’s because the mixture renders the retinol inactive.

A better approach is to use the products separately and prevent them from interacting together.

Most hair dyes contain hydrogen peroxide which helps to remove the current hair color to add new ones.

But if you previously had henna dye hair applied, you could be in for a shock.

The metal salts that are usually present in henna dye react with hydrogen peroxide.

This is an exothermic reaction which can be nasty because it causes burns, and causes your hair to fall out.

Playing the mad scientist can sound like fun but it could drive to an early and probably undeserved grave.

Some things don’t just mix well and it’s better to forgo the nightmare scenes and stick to warning instructions.