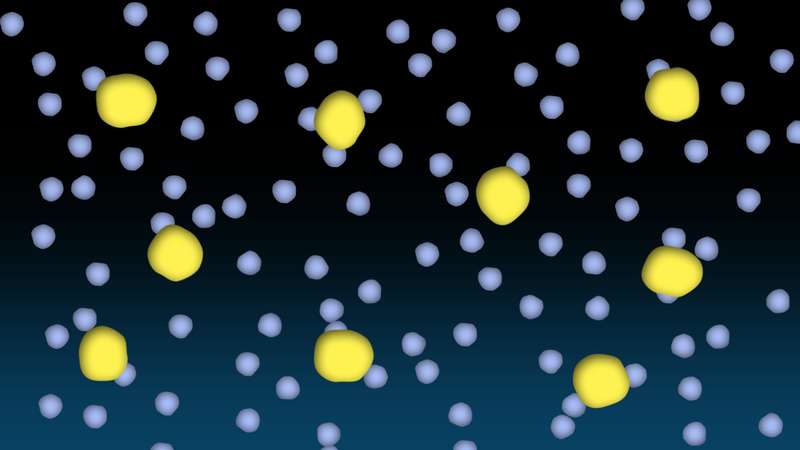 You’re probably familiar with a variety of mixtures such as suspensions and solutions.

Colloid mixtures are one of the primary types of mixtures. They are also a common part of our everyday lives.

They consist of very small particles that are dispersed evenly within a medium. These particles are larger than molecules but are still so small that they can’t be seen by the naked eye.

Colloid mixtures are distinguished from other types of mixtures by the size of the particles. The particles that make up solutions are the size of molecules. These particles may have a diameter of about 1 nanometer.

The particles in a suspension are much larger. They have diameters that measure anything larger than 1000 nanometers.

Colloid mixtures consist of particles that measure between 1 nanometer and 1000 nanometers.

The particles in these mixtures are spread out or dispersed throughout the medium. Colloid mixtures are therefore sometimes referred to as colloidal dispersions.

Colloid mixtures consist of two basic parts i.e. the particles and the medium.

The medium is the substance within which the particles are dispersed. The dispersing medium can be a liquid, solid or a combination of these.

Colloid mixtures can be classified based on the medium within which the particles are dispersed. Some of the most common types of colloidal mixtures include:

Unlike in suspensions, the particles dispersed in a colloidal mixture do not settle out or separate from the medium when the mixture is left at rest for a period of time.

The particles in colloid mixtures remain dispersed within the medium. The mixture remains homogenous.

Whipped cream consists of tiny gas bubbles that are evenly dispersed within a liquid. It is a homogenous mixture. The gas bubbles do not dissolve in the milk.

Whipped cream is therefore an example of a foam colloid.

The gas within the mat does not dissolve out of the mat. They are an example of a foam colloid mixture.

Milk is a homogenous mixture that consists of proteins and butterfat globules that are dispersed evenly in a water-based solution. These particles do not settle out of the mixture.

Milk is an example of liquid droplets suspended in a liquid medium. It is therefore classified as an emulsion.

The particles of the liquids are evenly distributed and form a homogenous mixture.

The particles do not settle out. Mayonnaise consists of liquid particles suspended in a liquid medium. It is therefore an example of an emulsion colloid mixture.

Fog consists of liquid droplets that are suspended in the air.

The small water droplets (liquid particles) are distributed evenly in the air (a gas) to form a homogenous mixture.

Fog is therefore an example of an aerosol colloid mixture. The tiny water droplets do not dissolve or settle out of the air.

Butter is an example of a colloid mixture.

Butter consists of fat (a solid) as a medium. Milk droplets (liquid particles) are dispersed within the fat to form butter.

Toothpaste is made by mixing various powdered solids in liquids.

The particles are evenly distributed in the liquid medium and do not separate out. Toothpaste is therefore also an example of a gel colloid mixture.

Smoke is an example of an aerosol. It is a colloid mixture in which the solid particles are suspended in a gas.

These particles form a homogenous mixture and do not settle out.

From the examples above, it is easy to see that colloid mixtures aren’t confined to laboratories but can be encountered in our day-to-day life.