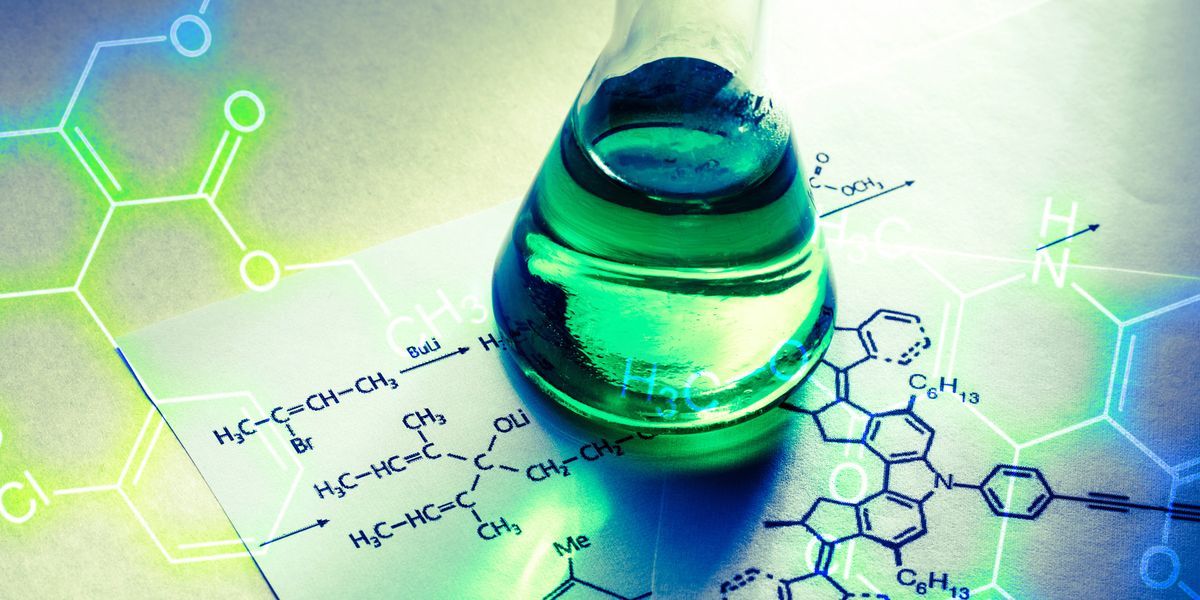 In the chemistry world, we classify many things such as elements and compounds.

We also classify the reactions that these substances take part in.

Double replacement reactions are just one type of reaction you can get with them.

In a double replacement reaction, the reaction proceeds according to this general form:

This is a reaction between two ionic compounds in which the two swap partners in this way:

The reactants AB and CD each give up their partners to the other.

AB becomes AD by giving up B to take up D from CD.

CD then accepts B from AB to become CB.

In a double replacement reaction, there are usually 4 compounds in all.

Two of the compounds are reactants and 2 are products.

The reaction involves an exchange of cations or anions between the reactants.

In these reactions, two aqueous ionic compounds react to produce an insoluble solid product called a precipitate along with another aqueous compound.

For example, we can have AB and XY as the reactants.

If these react so that AB and XY swap cations, they produce AX and BY.

One of the products (AX or BY) is an insoluble solid while the other is an aqueous compound.

For example, if you react lead (II) chloride (PbCl₂) solution with a solution of Potassium Sulphate (K₂SO₄), it gives a precipitate and an aqueous compound in the following way.

How can we know in advance that a double replacement reaction will occur between two aqueous ionic compounds?

We can find out by using the solubility rules.

This is a chart or table that gives the solubility rules to know which ionic compounds will dissolve and which won’t.

If both compounds will dissolve, then the reaction is not possible.

However, if one of the compounds is insoluble, then we can predict that it will form the precipitate and the reaction will occur.

Neutralization reactions are reactions between 2 ionic compounds that consist of an acid and a base.

It results in two products, water, and salt.

This means that you can recognize a neutralization reaction if after swapping their partners of anions or cations, it yields a compound (usually a solid) and water. For example:

After swapping the ions, it yields water and a compound (NaCl, a salt) as the products. This confirms that it is a neutralization reaction.

In these types of double replacement reactions, one of the products is a gas.

For example, nitric acid can be reacted with aqueous sodium bicarbonate with the products as shown:

However, since the carbonic acid is unstable it will break down into water and carbon dioxide gas.

So, the complete equation will be:

Here are 10 examples of double replacement reactions in our everyday lives:

Fire is arguably one of the most significant inventions in human history.

It is used in multiple aspects of modern life such as cooking and lighting.

In this case, combustion entails reacting propane with oxygen to produce energy, water, and carbon dioxide

Soap does not lather easily in hard water.

In most cases, hard water is formed by continuous accumulation of scale from pipes.

Scale includes compounds that are frequently present in metallic pipes, including calcium and magnesium.

However, when mixed with water, these compounds turn into dissolved salts, such as calcium chloride and magnesium chloride.

Soap, on the other hand, is a sodium stearate.

When dipped into hard water, the sodium stearate reacts with the aforementioned salts to create a precipitate double replacement reaction.

Soap scum is the precipitate that is formed during this reaction.

Making a homemade volcano is arguably among the most common home assignment projects carried out by children across the globe.

It is a favorite among many since it is made using readily available and affordable items.

This activity involves mixing vinegar and baking soda to create an erupting and very bubbly reaction resembling a miniature fireworks show or volcano.

The science behind this experiment is an acid and base double replacement neutralization reaction involving acetic acid (vinegar) and baking soda (sodium bicarbonate) to produce sodium acetate and carbon dioxide.

Water that contains heavy metals is bad for the environment and human health.

It can be treated using precipitation.

This can be done by using sulfides, carbonates, or hydroxides ionic compounds.

They can be used to remove heavy metals such as copper, lead, cadmium, nickel, or zinc that are found in industrial wastewater or water.

The process is considered to be one of cheapest ways of water treatment.

Occasionally, excess acid production occurs in the stomach. This can lead to ulcers, pain, heartburn, and acid reflux.

Antacid drugs such as magnesium hydroxide (known also as milk of magnesia), or sodium bicarbonate can be taken to relieve the problem.

These act by neutralizing the acid since they are base compounds.

For example, the drug Alka Seltzer (sodium bicarbonate) causes a double displacement reaction with carbonic acid and salt as the products.

The carbonic acid then breaks down to give carbon dioxide and water.

The fizzy gas one feels after taking it is the carbon dioxide being released.

Sodium bicarbonate (baking powder) as a base can be treated with acids for many cooking preparations or styles. E.g., you can add buttermilk, or lemon juice to it.

This releases carbon dioxide which causes the “rising” of the batter (pancake etc.).

This is caused by the escape of carbon dioxide as the acid-base reaction occurs.

Vinegar or lemon juice (both acids) can also be added to fish to neutralize amines which are base compounds found in the fish.

This causes neutralization and produces ammonium salts which also reduces the strong fish smell while also adding an appealing sour taste to the fish.

Another chemical reaction that happens in everyday life is respiration.

All living organisms require this process to produce energy.

The oxygen these organisms take in reacts with energy molecules to produce energy, water, and carbon dioxide

Notably, the energy produced in this chemical reaction is in a chemical form known as adenosine triphosphate (ATP).

All automobiles, with the exception of electric vehicles, operate on gasoline.

Gasoline engines are spark-ignited whereby the gas is infused into a combustion chamber, alongside oxygen.

In turn, spark plugs ignite the fuel and oxygen mixture to propel the vehicle.

The primary component in gasoline that chemically reacts with oxygen during combustion is octane.

When burned, octane produces water and carbon dioxide, which is then ejected through the car’s exhaust system.

The metathesis reaction involved in this process is as follows:

Marine or ocean organisms like corals produce coral reefs, a structure that is essential for marine life and is an important recreational scene for people.

Corals, plankton, and shellfish secrete limestone (CaCO₃) to build their skeletal structures. The process is a precipitation reaction in which limestone is precipitated.

The process is called biocalcification, which is similar to calcification which can be written in the following chemical equation:

Marine life uses dissolved ions, or compounds in seawater to build their shells. These include calcium and carbonate ions. Solid is formed according to the above reactions.

Precipitation reactions can also produce kidney stones which can sometimes cause illness and pain in people.

The precipitate is calcium oxalate which is a white crystal.

It can be caused by excess intake of calcium (especially supplements not dietary calcium) or foods with oxalic acid.

The oxalate precipitates in the urine to form calcium oxalate.

In sum, chemical reactions are part and parcel of everyday life.

You do not need to visit a science laboratory to witness chemistry in action.

From cooking to driving, most of the activities people take part in on a regular basis are made possible by reactions between elements.

In the latter, two ionic compounds swap anions or cations to produce two new products, while the former involves replacing one element in a single compound.

For instance, baking is a double replacement reaction as it involves reacting milk lactose with baking soda to form water and carbon dioxide.

It is a similar case for gasoline engine combustion, cellular respiration, and hard water lathering.

By and large, double replacement reactions are like couples who swap partners at a party and end up making more genuine bonds with the wrong date.