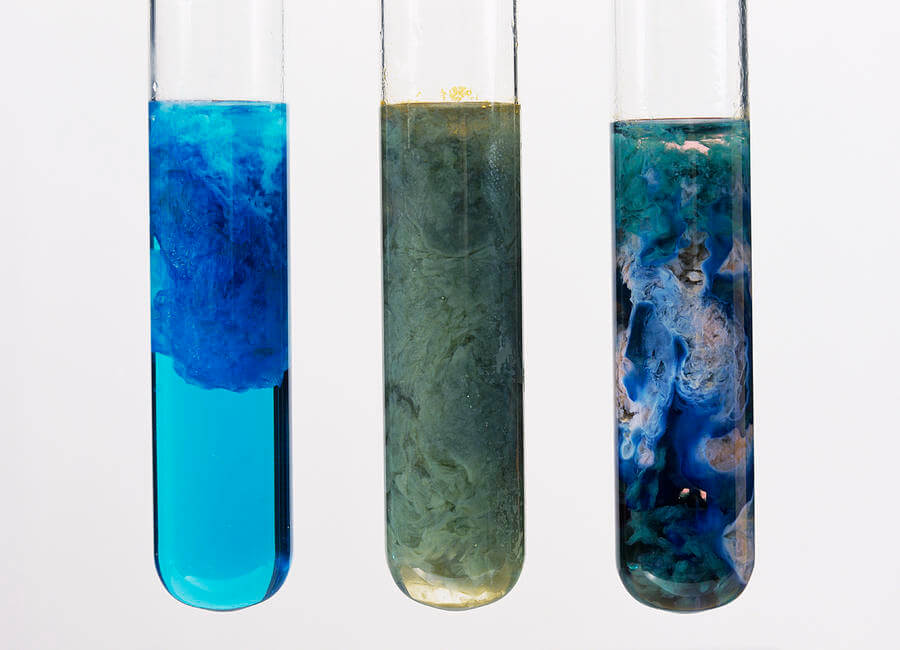 Chemical reactions occur after two or more reactants counter each other to form new products.

In some cases, aqueous reactants combine to form an insoluble salt.

Such chemical events are referred to as precipitation reactions given that they bring about the formation of precipitates.

Among the most distinct features of a precipitate is that they occur in solid form and are insoluble in water or aqueous solutions.

This scientific concept is applied in several aspects of contemporary life.

Herein, we will take an in-depth look at precipitation reactions and highlight some real life examples of its applications.

What is a Precipitation Reaction?

In a nutshell, a precipitation reaction occurs when multiple ionic bonds combine and produce an insoluble salt.

For such a reaction to take place, the reactants should be in their ionic states and in a medium, most notably an aqueous solution.

An insoluble salt is formed after an exchange of ions, resulting in the formation of a precipitate within the aqueous solution.

In the former, a single ionic element dissociates and its anion or cation bonds with a different ion present in the solution, producing a precipitate.

In contrast, a precipitate double displacement reaction involves the dissociation of both reactants to produce two sets of anions and cations.

These ions form different bonds that produce an aqueous solution and a precipitate.

How to Recover a Precipitate

Being that the precipitate formed is insoluble, it is important to separate this solid from the liquid solution once the reaction is complete.

There are various ways of achieving this, including:

This separation process entails slowly pouring out the liquid and leaving the precipitate at the bottom of the container.

For this technique to work, the solution needs to sit for a long period to give the solid elements time to settle.

Due to its higher density, the precipitate will settle at the bottom and the liquid will form the top layer.

As such, the top liquid layer will pour out first leaving the bottom precipitate layer in the container.

In this case, a filter medium is utilized to separate the solid particles from the solution.

The filter is placed on a funnel and the solution is gently poured on the filter to avoid any overflow.

Consequently, the solid precipitate particles will be left on the filter surface, while the liquid will pass through and into the collection container.

Precipitates are thicker and denser than the aqueous solutions in which they are formed.

Therefore, you can separate these items by spinning the solution around an axis in a fast and uniform motion.

The result will be a centrifuge motor whereby the compressed precipitate, commonly referred to as the pellet, will be positioned at the center.

The next step is to slowly pour out the liquid, leaving behind the precipitate.

However, thanks to inhibitor proteins, such as nephrocalcin and Tamm-Horsfall, these chemical elements retain their dissolved states.

In some cases, nucleation occurs whereby the potency of inhibitor proteins is outweighed by other external factors that promote the formation of salt crystals.

As such, calcium oxalate, the most commonly occurring variety of kidney stones, is formed after oxalic acid induces nucleation and reacts with calcium ions in urine.

Oxalic acid is introduced into the body in the form of oxalates from fruits like grapes, oranges, and avocados.

The chemical equation for this precipitation reaction is as follows:

Metals are toxic to human beings. Worse still, they do not decompose.

Therefore, it is not uncommon for metal ions to dissolve in wastewater, forcing municipalities to devise ways of treating wastewater to remove these harmful elements.

Precipitation reactions are commonly used for this purpose whereby a precipitation agent is used to react with the metal elements, forming an insoluble precipitate that is easily recovered from the water through filtration or decantation.

Hydroxide precipitation is the most common water treatment technology.

It involves using lime (calcium hydroxide) to react with metal impurities, such as lead.

Calcium hydroxide (Ca(OH)2) is also commonly used as a softener as it is able to reduce wastewater’s pH.

However, as a coagulant aid, it reacts with lead ions (Pb2+) to form lead hydroxide precipitate (Pb(OH)2) that is then filtered away from the water.

This is the perfect experiment for Christmas.

It involves making a tree from copper and immersing it into silver nitrate.

Simply wrap a thick copper wire around a pencil and ensure the spiral grows wider towards the base to form a tree-like structure.

Insert this copper construction into an empty jar and slowly pour in silver nitrate solution until the entire tree is fully covered.

After a few hours, the liquid solution will turn blue and a silver, snow-like precipitate will form around the tree.

The liquid solution is copper nitrate, while the precipitate is silver ions

Water pipes often get clogged since precipitates form naturally over time, creating a blockage due to their accumulation.

This accumulation is referred to as scale.

A common pipe scale is magnesium oxide, a precipitate formed after water reacts with magnesium ions present in the pipes.

This precipitation reaction is presented as follows:

As such, lattices are the solid precipitate while antigens and antibodies are the chemical reactants.

Notably, this reaction can only take place when the antibody to antigen ratio is optimal.

Seawater contains salt ions such as sodium, calcium, and magnesium.

After desalination, seawater produces brine water which contains the majority of dissolved salts.

To extract the salts, metallurgy technology is used whereby oxalic acid is used as a coagulation agent to produce magnesium or calcium as precipitates.

This precipitation reaction is presented as follows:

Precipitation reactions are a common occurrence in everyday life.

They are part of the human anatomy as evidenced by the immune complex and the development of kidney stones.

Additionally, it plays a central role in water treatment and pipe scaling processes.

It is important to note that the primary attribute that sets this type of chemical reaction from the rest is the formation of a precipitate.

For every reaction, there is a solid, insoluble substance that is formed.

It is also important to note that this chemical process can take the form of a double replacement or single replacement reaction.