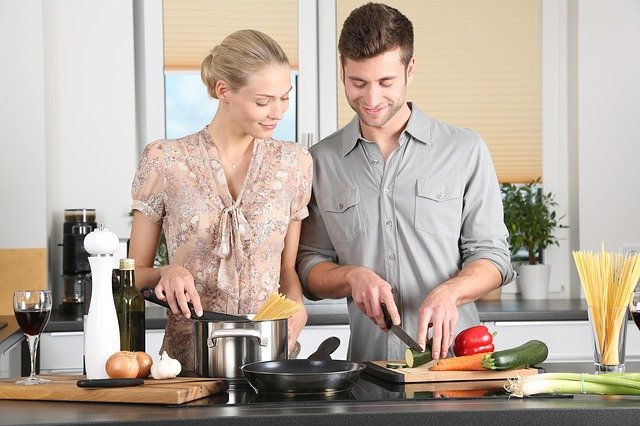 Ever since our ancestors discovered fire, they quickly developed a taste for a range of special foods recipes that only became possible with cooking.

For your food to cook and get ready for eating, it needs to undergo some physical and chemical changes. Otherwise, it may prove too unpalatable for your table!

The chemistry involved in cooking has led to a scientific field called molecular gastronomy which is a specialty that looks at how cooking creates various chemical and physical changes in food.

They all involve the application of heat to the food. These processes modify the chemical composition of the food and also soften it by degrading fibers.

Just like any other chemical reaction, cooking starts with reactants which when heated lead to products which are the food and other by-products.

When you eat cooked food and compare it to its raw or uncooked form, it tastes strikingly different and is barely recognizable from its original uncooked form.

Here are 7 examples of chemical changes during cooking.

Raw eggs can be unpleasant or messy for eating. But boil it and it gets transformed into something quite salacious.

It hardens into two parts: the outer white and the inner yolk.

Both parts are protein in nature. They harden because of a chemical reaction in which heat denatures the protein.

This process is followed by another process called coagulation which proteins undergo when heated.

The hardening is an irreversible process because once you do it, you can’t get back to the original white and yolk material.

What makes your food such as bread turn to its rich crisp brown color?

Well, it happens thanks to the Maillard reaction in which the sugars in carbohydrates turn brown.

The Maillard reaction gives not only flavor but also an appetizing odor and altered colors. It is what imparts the brown coloration on potato chips, roast meat, or chocolate.

In these reactions, reducing sugars (e.g., fructose or glucose) react with proteins or amine groups (found in amino acids).

It usually happens at high temperatures such as when we are roasting, grilling, frying, or baking,

Occasionally blunders can occur in the kitchen when you are distracted and forget to keep an eye on your cooking food.

The burnt flavor renders your food inedible and therefore useless as food time.

Since most food is organic, burning it leads to its breakdown into simpler substances.

The commonest of these basic substances is carbon which is usually black.

The burning food is just one step further from the Maillard reaction but it makes all the difference between having a brown aromatic tasty food to a bitter, ashy food that is not fit for eating.

Panna cotta gel gets its characteristic texture or structure from its gelatin form.

Gelatin is essentially a mixture with a protein component.

When heated then cooled, the gelatin forms networks of molecules that trap water in them leading to an elastic solid structure.

The formation of this structure has 3 stages, hydration (the gelatin absorbs water), dispersion (the protein denatures and coagulates), and gelation (after cooling, the denatured protein aggregates)

Caramelization happens when we heat sugars.

But unlike the Maillard reaction, caramelization occurs at lower temperatures and the cooking process takes longer.

The result is usually a transformation in both the flavor and appearance of the food.

This is caused by the oxidation of the sugars.

Many foods undergo caramelization such as carrots, onions, and leeks.

The effect of rising bread, cakes, or other baked products is essential of every baking process as any chef can confirm.

This effect comes from the action of baking powder or sodium bicarbonate which is an ingredient of many baking products.

When its temperatures hit about 80 degrees Celsius or over, the hydrogen bicarbonate decomposes creating 3 products.

The reaction can be written as:

Due to the escaping carbon dioxide gas, the bread rises.

The short answer is denaturation and coagulation that affects the beef.

Denaturation alters the structure of the meat protein by breaking the bonds binding the amino acids.

Coagulation follows in which the protein is set, locking up the liquid in a solid.

Something is cooking in the pot and it’s more than just your food!

Your kitchen and the laboratory aren’t much different from each other as you mix, blend, freeze, and heat to culinary pleasures.

Judging from the endless mouthwatering recipes pouring out of the kitchen, chemistry can be tasty.

10 Examples of Compound Machines in the Kitchen