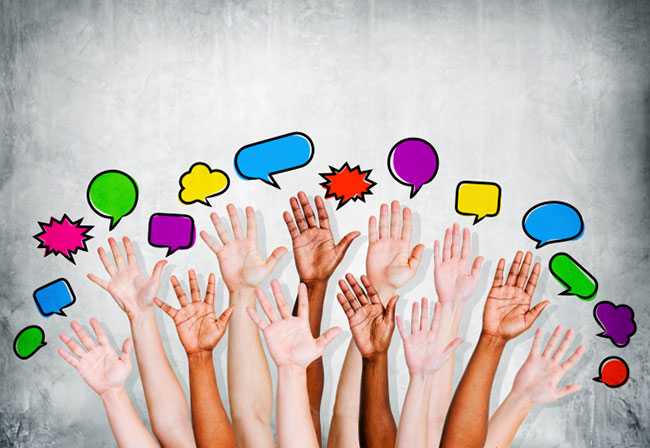 When we elect leaders, we give them the mandate to make decisions and implement proposals on our behalf.

They make proposals that affect us directly or indirectly. We can directly influence policies and decisions that affect us by participating in open forums, airing our views on social media platforms, and forming platforms to air our views.

A democracy that allows citizens to directly contribute their views on proposals and policies before implementation is called participatory democracy.

In participation democracy, citizens are empowered to contribute to policy decision-making, with a focus on encouraging them to broadly participate in politics.

But the participation by the citizens in politics is not direct in the sense that while they can influence policy decisions, they do not make them.  The role of making the policies is still left at the hands of the politicians.

Advocates of participatory democracy believe that giving the citizens the opportunity to contribute to policy decision-making results in better democratic results and solutions.

Participatory democracy may sound similar to representative democracy but they are different:

To begin with, participatory democracy is largely driven by the citizens who are also voters. The role of the citizen is two folds: to vote in their representative and ensure that they do the job that they have been mandated to do.

Once the representative has assumed power after succeeding at the ballot, it is pretty much their prerogative to determine what is prioritized in terms of socio-economic development.

Secondly, in participatory democracy, the interests of the citizens shape the agendas when it comes to decision-making.

The citizens push for policies that advance their interests and ensure that they are enacted accordingly.

Thirdly, the two democracies are also differentiated based on their scope.

On one hand, participatory democracy is workable within small-scale jurisdictions such as towns where the population is small and easy to organize.

In such small localities, the interests of the people are also commonly homogenous and it becomes increasingly easy to mobile civic action that results in the enactment of people-friendly policies.

On the other hand, representative democracy favors larger geographical coverage where large populations of people are involved i.e where it is difficult to bring a significant mass on board to push for a certain agenda.

In this context, it becomes increasingly viable for the representative to make decisions on behalf of the people that they represent.

The representative may need to know the public’s opinion regarding a particular policy issue and conduct a referendum on the same.

However, they are not necessarily obliged to follow particular opinions that they may find contrary to their own political interests at the time.

Here are the perfect examples of participatory democracy today.

The local and the national government provide access points where citizens gather and air opinions on emerging policies and proposals.

The access points can be town halls, national stadiums, or parks.

Citizens meet with local or national governments and politicians and discuss upcoming laws and policies.

The agendas in these meetings are often geared toward issues that affect the social, economic, and political aspects.

They may make inquiries regarding particular pledges that the political leaders made during their campaigns.

They also may inquire about the progress made in terms of implementing particular policies.

Besides, citizens can take up an advisory role to their political leaders and government official and guide them on the best way to solve particular challenges or future policies that may remedy the existing issues.

The government forms initiatives to seek votes on an emerging issue.

When a government wants to change a law or legalize an issue, the citizens air their opinion through the ballot.

The initiative comes through a petition by a registered voter, which must attain a certain number of signatures.

The government electoral body verifies the signatures and puts the proposal on the ballot.

Citizens will vote for or against the proposal. If the proposal wins, it will be implemented.

The legalization of cannabis intake and same-sex marriages are examples of some of the issues discussed under a government initiative in the United States of America.

This is one of the most popular forms of participatory democracy, which is characterized by coming together by activists with similar political or social interests to advance particular progressive causes.

This activism empowers participants to champion policies that reflect their needs.

Activists may have very radical ways of getting their voices heard, which include picketing and demonstrations.

The public disorder that their radical activism may cause often pays off in terms of the attention their causes are given by the representatives or authorities.

Referendums (Organized by the Government)

When the government proposes a constitutional amendment or a new law, the citizens are allowed to vote for or against it.

If the citizens vote for the proposed law, it is passed and included in the constitution.

A referendum allows citizens to decide on laws governing them and proposals that work to their benefit.

One demerit of referendums is that it does not give enough room for discussion.

Many governments include the active involvement of the citizens in the electoral process.

These include cases where citizens volunteer in civic education that is related to the voting process to ensure that as many people as possible understand their role in electing leaders within a democracy.

Participation, in this case, may also involve registering voters and ensuring that they come out and vote on Election Day by calling them up or organizing their transportation to the voting stations.

Citizens are allowed to participate in discussions through electronic devices. Experts on the proposal facilitate the forums.

The forums provide legislators with additional views from the public.

The experts create interactive sessions to educate the public about the proposal, helping them make an informed opinion.

Citizens are allowed to deliberate and vote virtually on a proposal. The poll results are a reflection of the opinion of the public.

Online forums serve to educate, inform the public, and, at the same time, get their opinion.

In liquid democracy, the legislature allows citizens to vote on a proposal or select representatives competent in the proposed area to vote on their behalf.

Liquid democracy improves the legislature’s performance by utilizing expert knowledge within the public.

The government can make liquid democracy more deliberative by appointing a delegation of trustees.

The delegation will vote as they see fit on behalf of the public.

In participatory budgeting, citizens decide how public money should be spent to improve their living standards.

The government gives the public a role in monitoring and scrutiny of allocations on the budget.

Participatory budgeting improves services offered in the poor areas by ensuring even allocation of funds.

Locals get real control of their budget and push for the most needed services in an area.

Citizens can also participate in their democracy by petitioning their representatives or other governing authorities.

In this case, a number of citizens sign a particular letter that request or appeal to the representative or government agency to honor a particular cause or uphold or vote for a certain policy.

Participatory democracy also comes in the form of citizen initiatives. The citizens can come up with some policy proposals that may range from the refurbishing of a particular law or measures for curbing a surge in crime rates.

They also collect enough signatures for the proposals to go through and be accepted for voting or to become a priority agenda at the legislature.

In this way, the citizens have a direct say on what is going on in their local governance.

Participatory democracy is the best way to involve the public in formulating and implementing proposals in any government, local or national.

It builds trust between the government and its people and improves accountability—the public gains greater development in infrastructure and other services when they draw the budget.