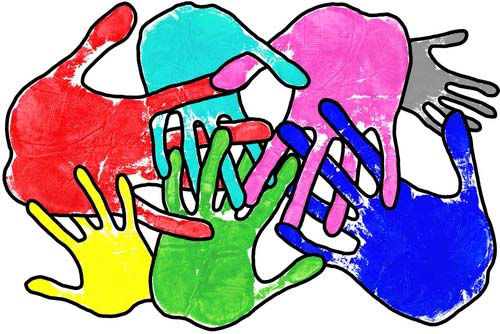 How can people work harmoniously together in the political process despite having diverse religions, interests, cultures, backgrounds, and political opinions (sometimes sharply clashing)?

The answer is political pluralism.

Political pluralism is a political theory that advocates for people of diversity to have a say in participating or shaping the political affairs of their country.

This allows people of diverse cultures or backgrounds to share power without forgoing their cultures or beliefs.

In such a system, there is room for those dissenting from the mainstream religion, culture or political opinion.

In this case, minorities can fully participate in the governing process as much as the majority.

Pluralism can act as a check against “tyranny of the majority” by safeguarding minority rights. This makes it is an essential part of democracy.

James Madison, one of the chief framers of the US Constitution, was an advocate of pluralism.

He stated that the American republic’s best hope of peace was through pluralism. A good illustration of the principle of pluralism is through the words usually attributed to Voltaire: “I may disagree with your opinion but I will fight to the death your right to say it.”

Pluralism requires tolerance for ideas you may not agree with. For this to work, you may need to consider the possibility that other ideas or views besides your own are just as valid or correct.

Due to the pluralist approach, most political decisions are the result of a negotiated process where competing interests or political views reach agreements through compromises.

Here are 7 examples of pluralism in America.

Pluralism can be seen in trade union action in corporate or industrial relations. This allows a multiplicity of voices to be heard and not just the one of the management.

Through union representation, employees can be part of the governing process for deciding on affairs that affect their employment or working conditions.

The US civil rights movement of the 1960s was one of the most defining moments for pluralism in the United States.

Through the activism of black leaders like Martin Luther King Jr, the banning of segregation in the public square was accomplished.

This has also tacked others prejudices or discriminations such as those based on race, religion or sexual orientation.

Religious pluralism has enabled a mosaic of different religious faiths to coexist in the US including Christianity (protestant and catholic), Islam, Mormons, Jewish, atheists, and unaffiliated.

Religious pluralism extends beyond permitting diversity in religion. It also advocates for interaction between religions.

Religious pluralism also rules out political theocracy due to the separation clause that separates state and religion.

The US is a good example of a melting pot of cultures because it brings together indigenous and immigrant people.

For example, Native American culture has been maintained in America in form of tribal traditions, customs, and religion including communities and governments.

While it is impossible to completely eliminate conflict, this is minimized to enable the society to exist cohesively.

The cultural melting pot is usually cited as America’s chief source of strength contributing to its greatness.

Sometimes a company can involve employees of diverse backgrounds to contribute ideas for developing their innovations.

This helps the company to tap from a richer pool of talent or experiences.

By allowing employees to weigh in, the company can bring in many voices to improve or create new products for the company to launch.

When America was expanding and adding territories to itself, sometimes it used violence to forcefully annex the lands of indigenous people.

Since this excluded the voice of the natives to deciding their own destinies, it violated the idea of pluralism.

However, in recent years, America has issued an apology to the natives such as the Native Americans and Hawaii.

For example, America introduced an apology resolution through President Clinton in 1993 to the people of Hawaii.

Although these actions stopped short of making reparations or compensation, they showed a willingness to hear the voices of the indigenous people in the spirit of pluralism.

Crowdsourcing uses the power of crowds which can be an example of pluralism. For example, the University of Washington introduced a gaming video for gaming participants from all over the world called Foldit.

Its purpose was to crack a problem that had long eluded researchers trying to find the structure of proteins using computers.

By using the gaming enthusiasm of mostly non-scientists, it took 10 days to solve the problem.

This is an example of pluralism in which citizen science is used by bringing people from diverse backgrounds including non-scientists to solve scientific challenges.

Uniformity of thought in everybody is impossible in a state or society.

And trying to impose one would be the essence of autocracy.

Just like it’s important to allow for differences of individual personality, pluralism embraces differences which add to the richness of society.