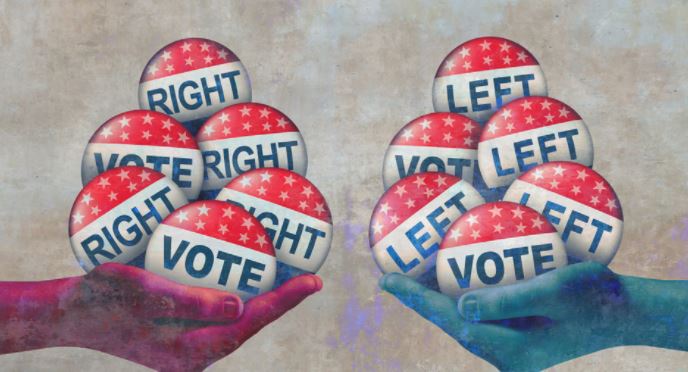 What are your options as a person under an absolute monarchy where you hardly have a voice in how you get governed?

That describes the bleak world before the winds of liberalism came blowing.

For centuries, Europe was ruled by monarchs (or sometimes aristocrats) who based their legitimacy on the so-called divine right of kings.

This was the idea that kings derived their ruling mandate from God. So, no one could question or oppose them as that would amount to blasphemy. As a result, individual freedoms were highly restricted.

However, the Enlightenment era produced thinkers such as John Locke who challenged this by proposing that government should be based on reason (natural law) rather than religion.

The ideas of Locke as well as others gave rise to classical (early) liberalism which evolved into modern liberalism. This has revolutionized the concept of government leading to today’s liberal democracies.

What Is a Liberal Democracy?

Liberal democracy refers to a system of government that merges a political ideology called liberalism and a representative government.

Liberalism stands for capitalism (both national and international) as well as free trade. It also supports the rule of law, rights of minorities, separation of powers, as well as protection of liberties from which we derive the word “liberal.”

These ideals led directly to the American Revolution (1776) and the French Revolution (1789) that formed the American and French republics respectively. Though far from the ideal of today’s standards, these were the first modern liberal democracies.

The American republic endures till today but the French republic (called the First Republic) was short-lived.

Democracy is a general term denoting any governing system that is based on rule by the people.

On the other hand, liberal democracy is a version of this democracy that is both a representative government and also emphasizes liberties and freedoms for the citizen.

This means you can have a democracy that is a representative government without being a liberal democracy.

Many countries transitioning from a dictatorship to a democracy usually fall short of being a liberal democracy while displaying features of a democracy.

Governments can be thought of as falling on a scale or continuum with increasing liberalism or illiberalism on opposite sides.

From this analysis, we can distinguish 4 regime types:

A liberal democracy can take various forms such as:

Liberal Democracy Examples around the Globe

The vast majority of industrialized countries are liberal democracies while others in the developing world are aspiring to be.

In the aftermath of World War 1 and 2, many liberal democracies were formed after decolonization.

With the collapse of the Communist Soviet Union, many nations in the eastern bloc started on the path to liberal democracy.

The word undemocratic is generally considered a pejorative term even among dictators.

With even autocrats claiming to be democratic, this shows that most people consider democracy as the only way to have legitimate authority.

Below are 10 examples of liberal democracies today: .

The US is the foremost example of liberal democracy in modern times.

Founded in 1789, it has more than 200 years of history in liberal democracy.

It is a democratic republic in which elected representatives govern with power that comes from the people.

It also has 3 branches of power: the executive, parliament (congress which is 2 chambers), and judiciary.

The US, which has a presidential system, has a strong tradition of the rule of law and civil liberties including religious freedom and freedom of expression (free speech) which are robustly protected.

The British government, also known as His Majesty’s Government, is a constitutional monarchy and a parliamentary democracy.

It runs on an uncodified (unwritten) constitution.

Government is limited in several ways such as in the separation of powers.

The constitution extends protection for individual rights including 16 basic rights like liberty, life, freedom from inhuman treatment, and slavery.

France is currently the Fifth Republic. Its first attempted liberal democracy following the French Revolution was the First Republic.

This lasted only 12 years before it collapsed. From then on to the present day, France alternated between a republic, empire, and monarchy government systems before eventually reverting to a republic again.

Since 1958, the fifth republic was established. The Declaration of 1789 which spells out the Rights of Man has been enshrined as part of its constitution. This contains democratic principles like equality, liberty, and human dignity.

Japan is a constitutional monarchy. Values of liberal democracy are enshrined in its laws such as a free press, rule of law, free and fair elections, and civil rights.

As one of the oldest democracies among Asian countries, it has shown commitment to liberal internationalism striving to maintain the liberal order.

Its liberal democratic government stands in sharp contrast to neighboring neighbor China, its economically powerful rival which is an autocracy.

The liberal nature of Japan’s democracy can be seen in its post-World War II constitution which renounces war and does not allow Japan to have a national military.

This is the largest democracy in the world.

It is a parliamentary democracy whose head of government is a prime minister.

Despite being the world’s largest democracy, India doesn’t rate highly as a liberal democracy. It has a high incidence of corruption.

Australia boasts one of the most stable liberal democracies.

Its political system is a federal parliamentary constitutional monarchy.

It shares features with the US e.g. federalism and with the UK e.g. constitutional monarchy.

Australia has many liberal-friendly policies such as support for individual rights and freedoms, rule of law, and equality.

Canada has a constitutional monarchy with the Queen of England as the head of state while the government is headed by a prime minister.

It is also a strong liberal democracy that grants equality and inclusiveness to its citizens.

Some of its liberal credentials include having some of the best protection of personal freedoms and showing high inclusiveness for its citizens including a workforce share of 48% for its women.

The New Zealand government is modeled on the Westminster system.

It is a constitutional monarchy with the English monarch as head of state.

It has a socially liberal outlook while extending individual and minority rights like same-sex marriage, etc to its people.

Norway typically holds the position of the strongest liberal democracy in the world.

It is a constitutional monarchy with a high score in civil liberties and political rights.

It usually ranks high in the happiness index along with other Nordic nations.

Switzerland is somewhat unique among liberal nations in that it has a semi-direct democracy, allowing citizens to directly decide policies without representatives.

Its protection of civil liberties, press freedom, and political rights are among the highest in the world.

This is reflected in its high happiness score and high performance for environmental protection.

Pros and Cons of Liberal Democracy

Even though liberal democracies have gone mainstream, they face various hurdles.

Not everyone fancies liberal democracy as great.

In particular, China often makes no secret of its dislike for it and favors a different model of governance.

But even western admirers of democracy like Winston Churchill reserved guarded enthusiasm and optimism about it, saying “Democracy is the worst form of government except for the rest which have been tried.”