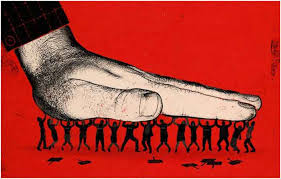 When you think of the idea of democracy, what comes to mind first?

Chances are that you are thinking of majority rule! However, democracy isn’t always based on majority rule or majority will as many imagine.

Modern democracies can exhibit themselves in many ways. But the most common types of democracies are Participatory, Pluralist, and Elite. There are also many other subtypes.

In this post, we will concentrate on Elite democracy. We will discuss what elite democracy is, its pros and cons, and some of the modern examples of this type of democracy.

What is Elite Democracy?

In its basic form, elite democracy is a type of democracy where a small elite group (such as a wealthy few, the educated class, highly influential families, leaders of criminal empires, or heads of largest companies) holds and exercises more power over the majority.

The main rationale for limiting power to a small elite group is that decision-making is effective when it is left in the hands of a small group of individuals who are highly informed.

Essentially, proponents of elite democracy believe that the poorer, uneducated majority may lack the know-how to make informed political decisions.

The US founding fathers, such as James Madison and Alexander Hamilton, advocated for this type of democracy because they felt that allowing the political participation of the majority could lead to poor political decision-making processes, societal instability, and even mob rule.

They argued that the uneducated majority could be manipulated through passions that pander to short-term gratifications rather than the long-term interests of the people as a whole.

Contemporary elite democracy borrows from the above Framers’ arguments and Elite theory, a political science and sociology theory that seeks to explain power relationships in modern societies.

According to Elite Theory, every society must have a minority group that makes the major political decisions and rule the majority.

The minority (commonly referred to as the political class or governing elites) influences major government decisions and policy-making processes.

The minority gain dominance because of their personal achievements, education, hereditary positions, and social/religious positions that they hold in society.

Check the posts below for more insights on Pluralist Democracy and Participatory Democracy:

When Americans vote for president, they don’t do so directly. Instead, they vote for electors who in turn vote for the president in each state.

The candidate with the greatest number of electoral votes is then the winner.

The result is that sometimes the popular vote and the electoral vote give different winners.

For example, in the 2016 presidential election, Hillary Clinton won the popular vote but lost the electoral vote.

Therefore, her rival, Donald Trump won the election even though he lost the popular vote.

This is an elite democracy since it’s the electors (called superdelegates) who have the final say on who becomes the president.

Superdelegates who are usually party officials can be considered an elite group.

Another perfect example of an elite democracy arrangement includes the congressional committees that influence decision-making in the Senate.

The members of congressional committees are often highly educated professionals in whatever issues or subjects that the committees handle on behalf of Congress.

They research national and international issues within their jurisdiction and draft policies, which they subsequently pass to Congress for legislative approval.

Their opinion on a particular issue is often considered an expert opinion and easily co-opted as such by Congress.

The executive cabinets in most governments are also composed of elites who help the President to make key decisions in the governance of the country.

These cabinet secretaries constitute the elite because they are highly educated and well-versed in whatever dockets that they hold.

The cabinet secretaries are often drawn from the corporate world and once in government, they work to ensure that the interests of the corporates are safeguarded, at times to the peril of the electorate.

Have you heard of the Deep State lately?

This is a group of people, usually bureaucrats or unelected officials in government who influence government policy to benefit interests that may be different from that of voters.

The Deep State is usually anonymous and amorphous—people are not able to pinpoint the identity of the real players.

However, despite its elusive characterization, it is able to exert real power and influence behind the scenes.

Members of the Deep State can also be private entities outside government such as the financial and defense sector.

The Deep State can operate outside the law and engage in criminal activity.

In some cases, the Deep State can be imaginary rather than real at least to some extent.

The selection of the judges who constitute the Supreme Court is often a political decision that is determined by the elite in the executive and legislative arms of the government.

In turn, the select few judges who constitute the apex court have, in many instances, made judgments that are favorable to the ruling elite to whom they are beholden.

This is another top-notch elite group that is charged with making important defense decisions for the country.

They work closely together with the executive, who appoints them to their influential positions.

They are amenable to the interest of the ruling elite which could include going to war with some enemy state to advance some commercial gains.

They may influence the country to go to war based on frivolous causes with the aim of benefiting a few elite who trade in weaponry manufacturing.

Many decisions by politicians or policies are usually influenced by lobbyists.

Lobbyists act on behalf of interest groups by representing them and giving them a voice.

Although lobbying can be beneficial for a better functioning democracy, it can also lead to some people having more influence than others in.

Some lobbies are more powerful than others or not everyone can afford to engage lobbies to represent them. The result of this is unequal access to power

Countries that are recent converts to democracy from authoritarian rule sometimes show false dawns on the road toward this goal.

This is because anti-reformist leaders can simply reinvent themselves to beat the new rules.

They devise clever ways of retaining the old dictatorship so that the country is a democracy just on paper.

In this case, these are reluctant democrats adhering to minimal rules to give the illusion of democracy but continue with the previous autocracy in a disguised form.

Examples of these are third-world countries and also some Eastern bloc countries after the fall of communism.

In Russia, for instance, there was the oligarch menace where people quickly became rich due to the privatization of state corporations.

With their money, these oligarchs tended to control more power to influence the government.

In a corporatocracy, big businesses and corporations wield great power and are able to pressure the government to bow to their wishes.

In such a system, democratically elected governments could easily put the interests of corporates ahead of their constituents or smaller businesses in the marketplace.

This amounts to an elite democracy where corporate interests dominate. For example, in the Gilded Age, a few big corporations held disproportionate influence over the marketplace and politics.

Using their superior financial muscle, they were able to corrupt politicians to prevent regulation against themselves.  This gave them an undue advantage over smaller competitors.

The Pros and Cons of Elite Democracy

The majority of the electorate may be poor and uneducated and lack the political know-how that is required in policy making.

In this case, the elite can step in and save the situation, thereby averting possible societal instability.

This form of democracy may bring about competition between the elite which results in the production of the best crop of leadership.

This ensures that democratic processes, including transparency and accountability, are upheld in government.

Considering the small number of people who are calling the shots, the decision-making process is relatively faster in an Elite Democracy.

The quality of the decisions made is also top-notch considering the education and experience of the elite in making such decisions.

This is a safer governance arrangement for guaranteeing social and economic stability, particularly in contexts where the elites have the interests of the people that they represent at heart.

Elite democracy may benefit one side alone to the disadvantage of the other.

For instance, the interests of the elite may not be in sync with those of the people they purport to represent.

Remember the elite in this case are often wealthy and may make decisions to protect their interests at the expense of the impoverished masses.

There are cases where the elites have hijacked the electoral processes to impose themselves on the voters.

They pretend to be conscious of the interests of the voters and are keen to ensure that they are addressed once they assume power.

However, they only want the mandate by the electorate to get into power and advance their self-interest.

Elite democracy is susceptible to power monopolization and abuse.

Once the elites have been elected into positions of authority, they may fight off the opposition with violent means or interfere with the democratic processes to ensure that they remain in power.

This clinging to power comes with various repressive measures that affect the masses.

One of the most memorable lines of the American Declaration of Independence was the assertion that “all men were created equal.”

However, in elite democracies, the situation seems to more accurately fit the reality depicted in George Orwell’s book, Animal Farm, where some animals were “more equal” than others.